Real Madrid have agreed a deal with Monaco worth over €100m for French midfielder Aurelien Tchouameni, 90min can confirm.

Los Blancos missed out on the signing of Kylian Mbappe earlier this summer and quickly turned their attention to Tchouameni, who had also attracted from Chelsea, Liverpool and Paris Saint-Germain.

90min understands that personal terms were agreed with all four sides but Tchouameni later broke off talks with the latter three, having decided that he wanted to join Real this summer, and negotiations between the two clubs continued.

Now, sources close to the situation have confirmed that a deal to sign Tchouameni has been struck, with Real agreeing to pay an initial €80m (£68m) plus a further €20m (£17m) in add-ons.

The 22-year-old emerged as an elite midfielder last season with Monaco, making 50 appearances in all competitions and chipping in with five goals and three assists, and he is now a regular in Didier Deschamps’ France squads.

Tchouameni played the majority of his minutes as a defensive midfielder, operating either as a lone anchor man or alongside Youssouf Fofana in a pivot, but he is also comfortable in a slightly more advanced role.

He is set to become Real’s second signing of the summer after Antonio Rudiger, who has agreed to join the club on a free transfer after allowing his Chelsea contract to expire.

In this article:Aurelien Tchouameni, Featured 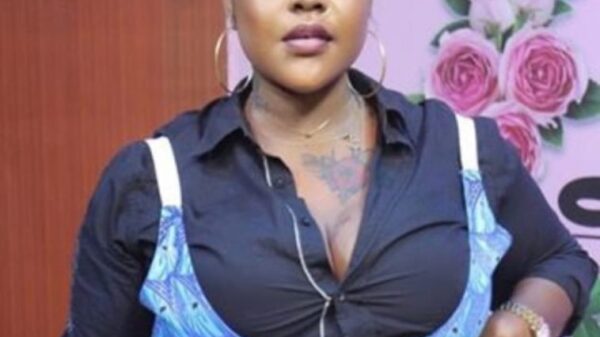 Evangelist Patricia Asiedu, also known as Nana Agradaa, has slammed Mona Gucci for allowing her panelists to disrespect her on her ‘Bribi GyeGye Wo’...

A young lady accused of being the catalyst for the breakup of footballer Gerard Pique and his former partner, Colombian pop star Shakira, has...

The movement is more powerful than apartheid! Following Delay, Chairman Wontumi is working to add Nana Aba Anamoah to his Wontumi Fm station. The...