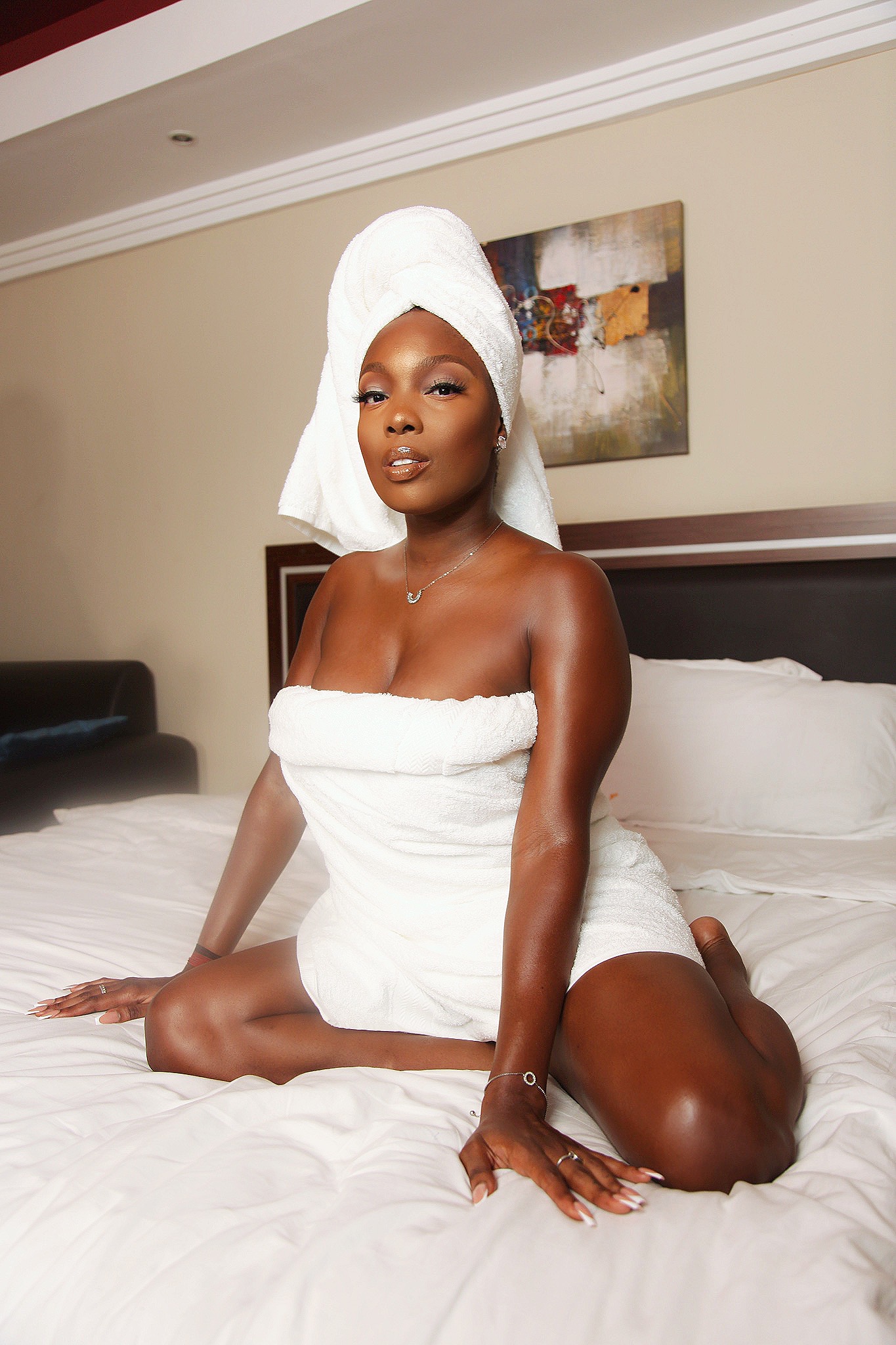 Ghanaian female musician and “Off Da Ground” signee, Feli Nuna is making waves with her towel appearance as she embarks on media tour to promote her new single, ‘Towel’ released on May 11, 2022.

Speaking in an interview with Sammy Kay on the Go online, the “Towel” singer indicated that her motive behind putting on towels during her appearances on various media platform is purely for promotion.

According to her, if it happens she ever composes a song on the theme ‘pants’ she will be in pants only, for her media rounds and interviews, because that is an act and provided it rakes in the money for her, she is good to go.

Feli Nuna has been seen on several media platforms wrapped in a white towel on her body and hair with rocking heels to compliment her looks.

In this article:Featured, Feli Nuna