The rapper and fashion designer, posted a series of erratic posts first claiming Kim Kardashian’s current boyfriend, Pete Davison was the former boyfriend of former US presidential candidate, Hillary Clinton. Then promised to never let Pete meet his kids, before sharing different posts with time stamps to prove his account hasn’t been hacked.

He shared a screenshot of an old, unfounded internet rumor about how Pete allegedly sent Mac Miller intimate photos of him and Ariana Grande together. 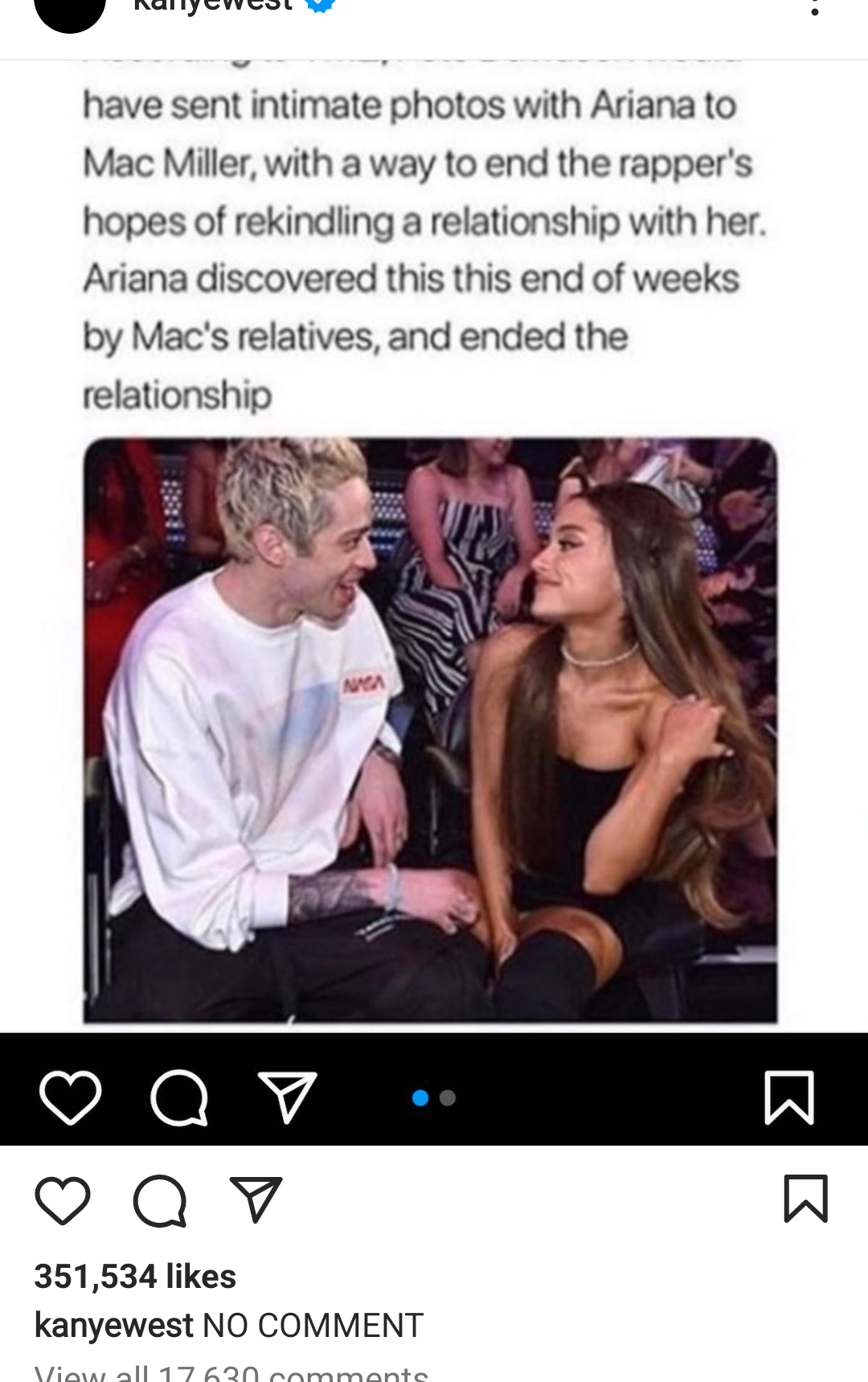 Kanye posted a photo of Pete and Machine Gun Kelly in their undies, as well as another screenshot of what appears to be a text exchange with him and Pete. 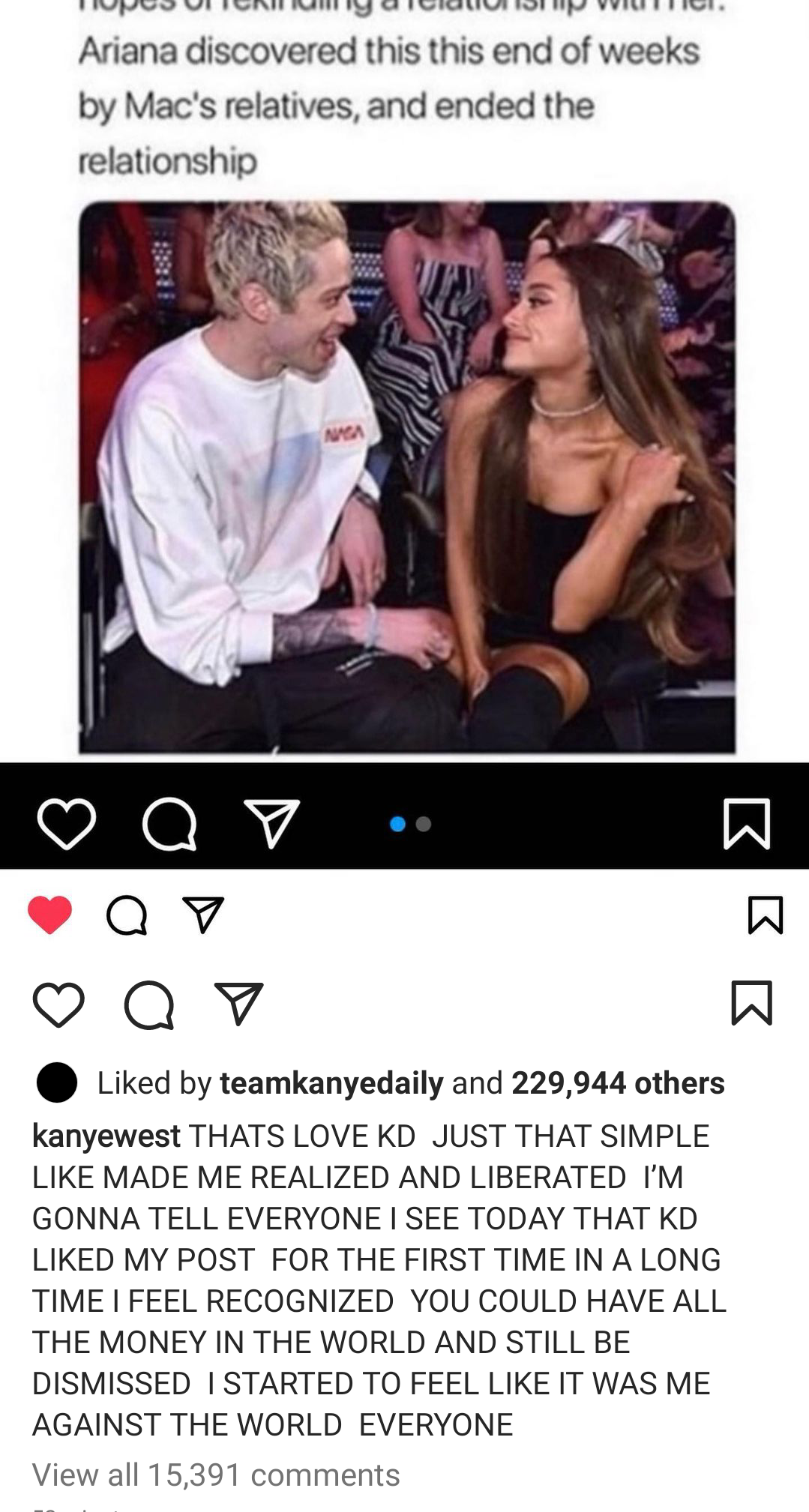 In the text exchange it seems Pete reached out to Kanye to talk about Kim and Kanye’s kids. In the text Pete said he didn’t want to get in-between Kanye, Kim and the Kids and he will like to meet the kids and be friends with them, to which Kanye responded in the caption;

“NO YOU WILL NEVER MEET MY CHILDREN.” 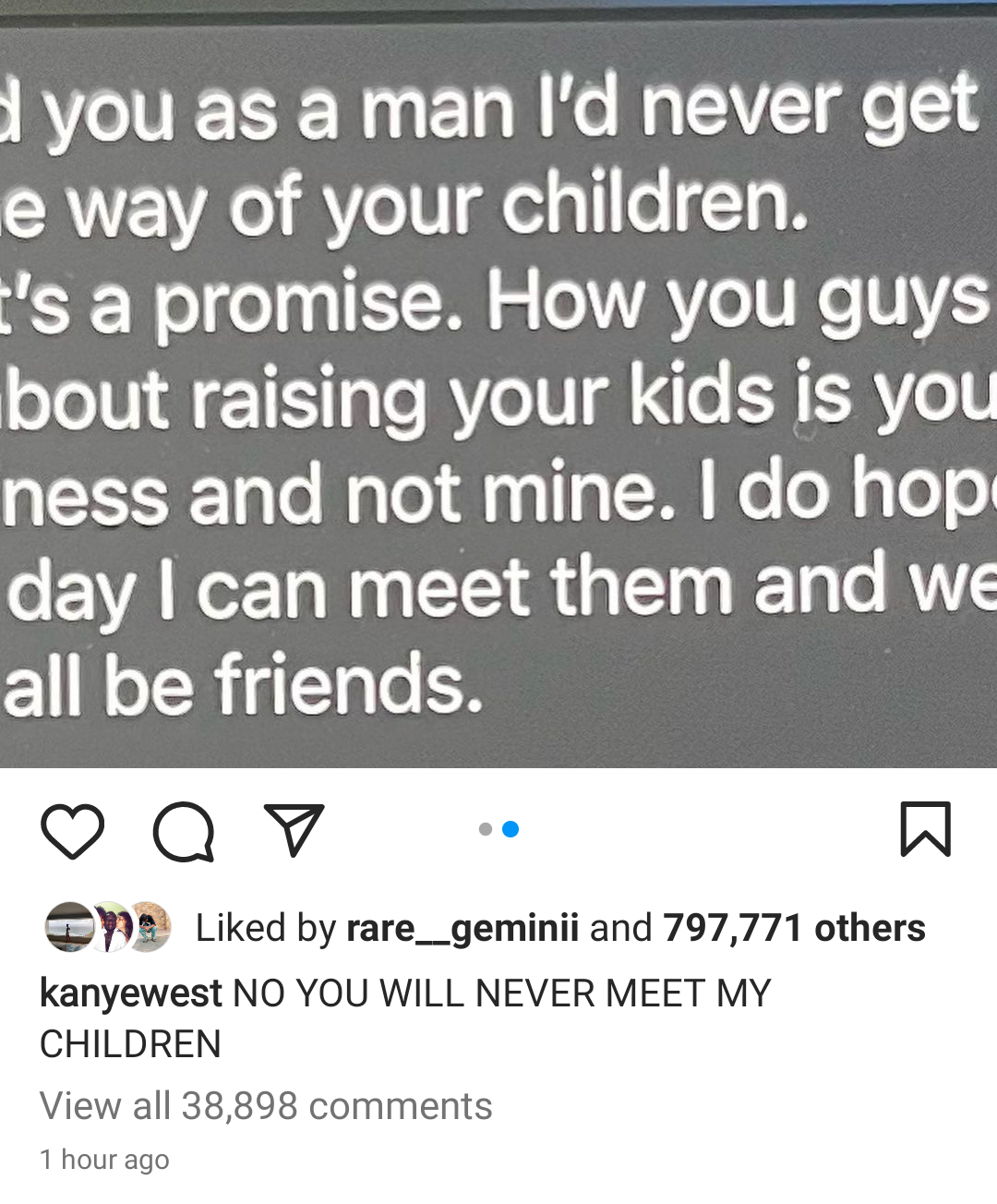 He also posted a picture of Pete Davidson, with the caption, “LOOK AT THIS D**KHEAD I WONDER IF INSTAGRAM GONNA SHUT DOWN MY PAGE FOR DISSING HILARY CLINTON’S EX BOYFRIEND.” 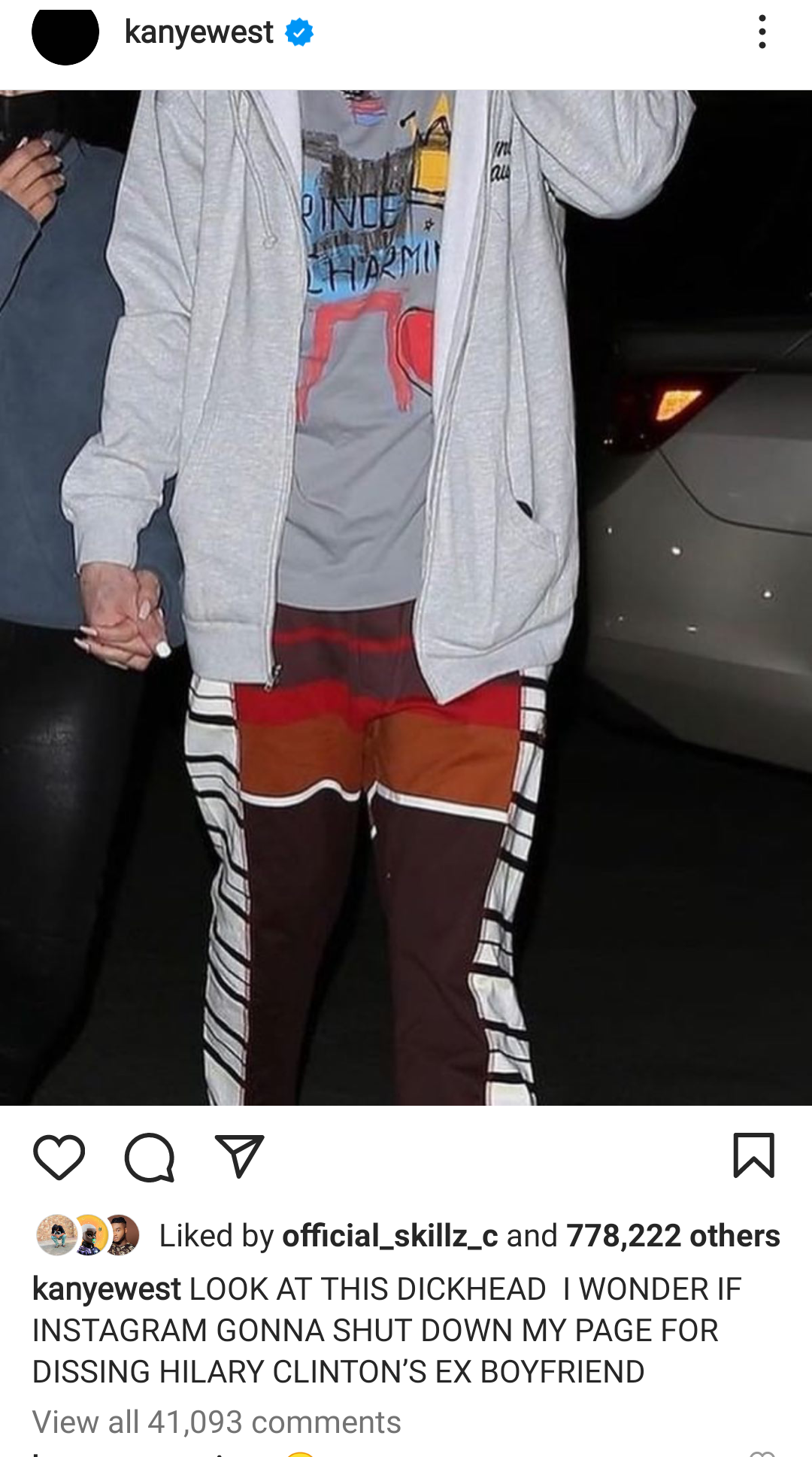 He then shared a photo showing Pete Davidson’s prominent tattoo of Hillary Clinton on his arm. 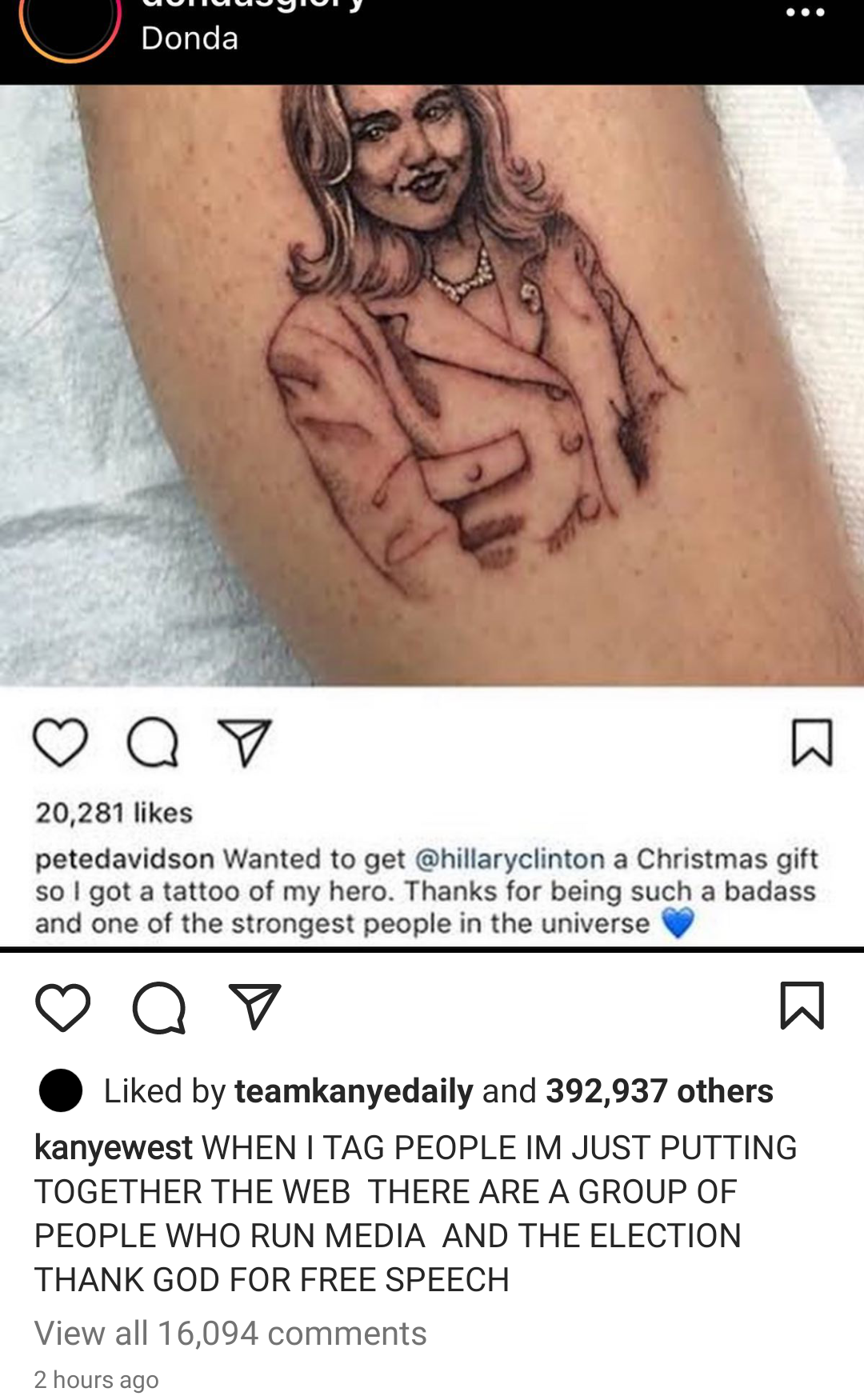 He also made sure to let people know his account wasn’t hacked, and that it is all him. He posted a photo of himself with today’s date written out, with the caption;

“MY ACCOUNT IS NOT HACKED I WILL BE AT SUNDAY SERVICE AT NOON AND WILL ME TAKING NORTH AND SAINT TO THE SUPERBOWL SHORTLY AFTER @chethinks I’LL DOUBLE WHATEVER THEY PAYING YOU JUST SO YOU DONT HAVE TO LOOK AT THAT PAWN EVER AGAIN BIG LOVE.” 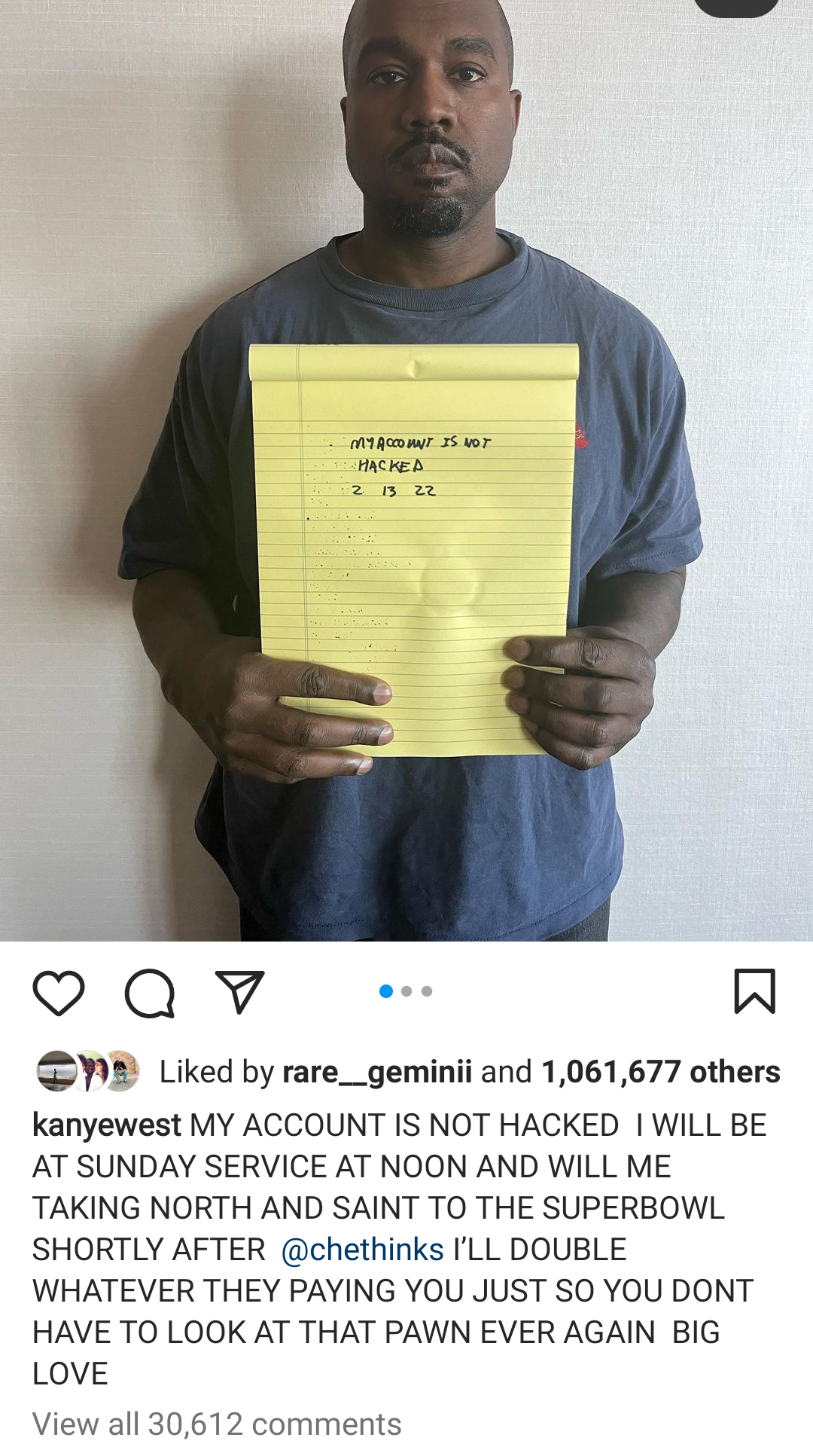 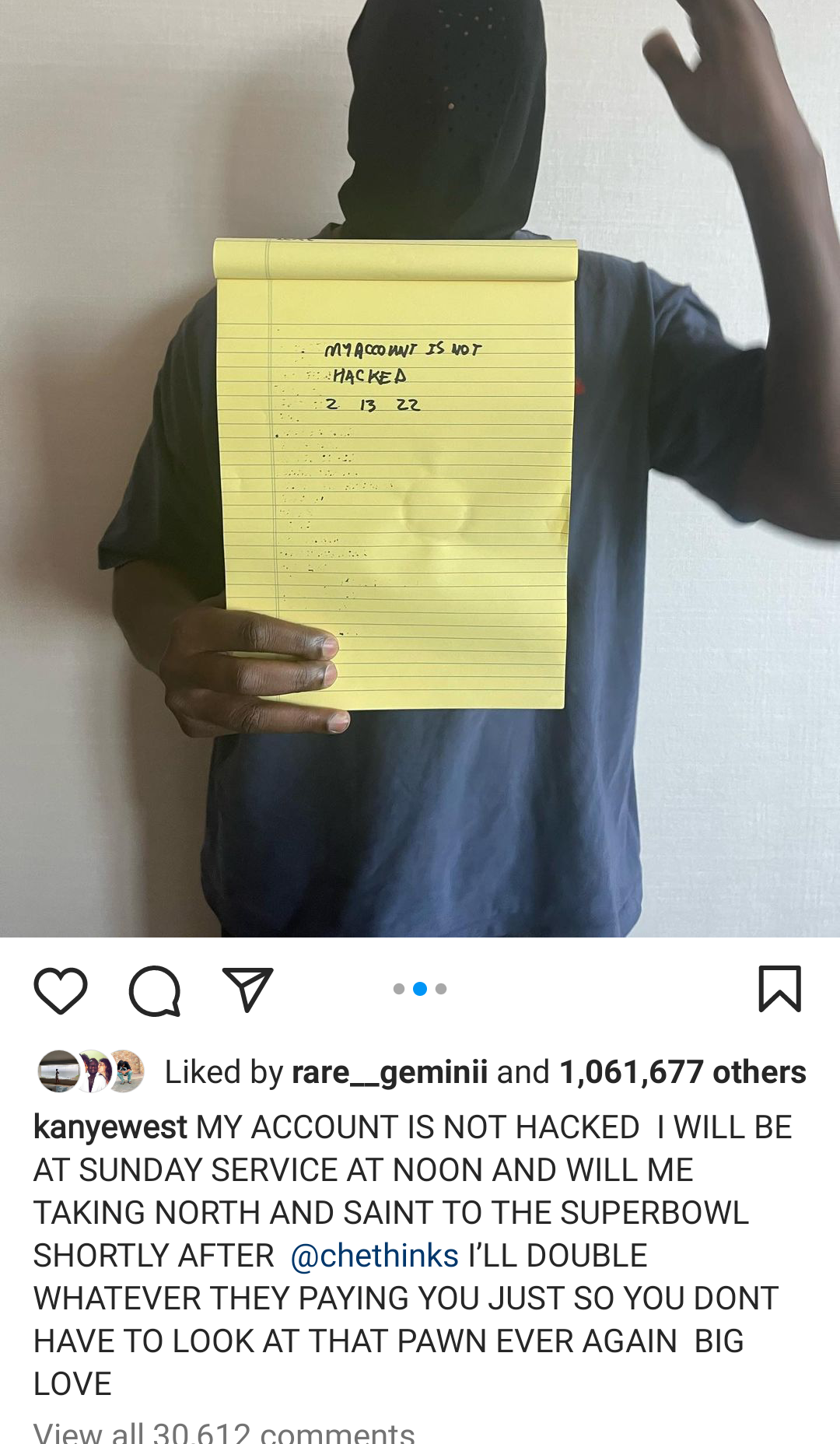 It also comes a day after he revealed he had fallen out with his artiste, friend and long time collaborator, Kid Cudi because of his friendship with Pete Davidson. 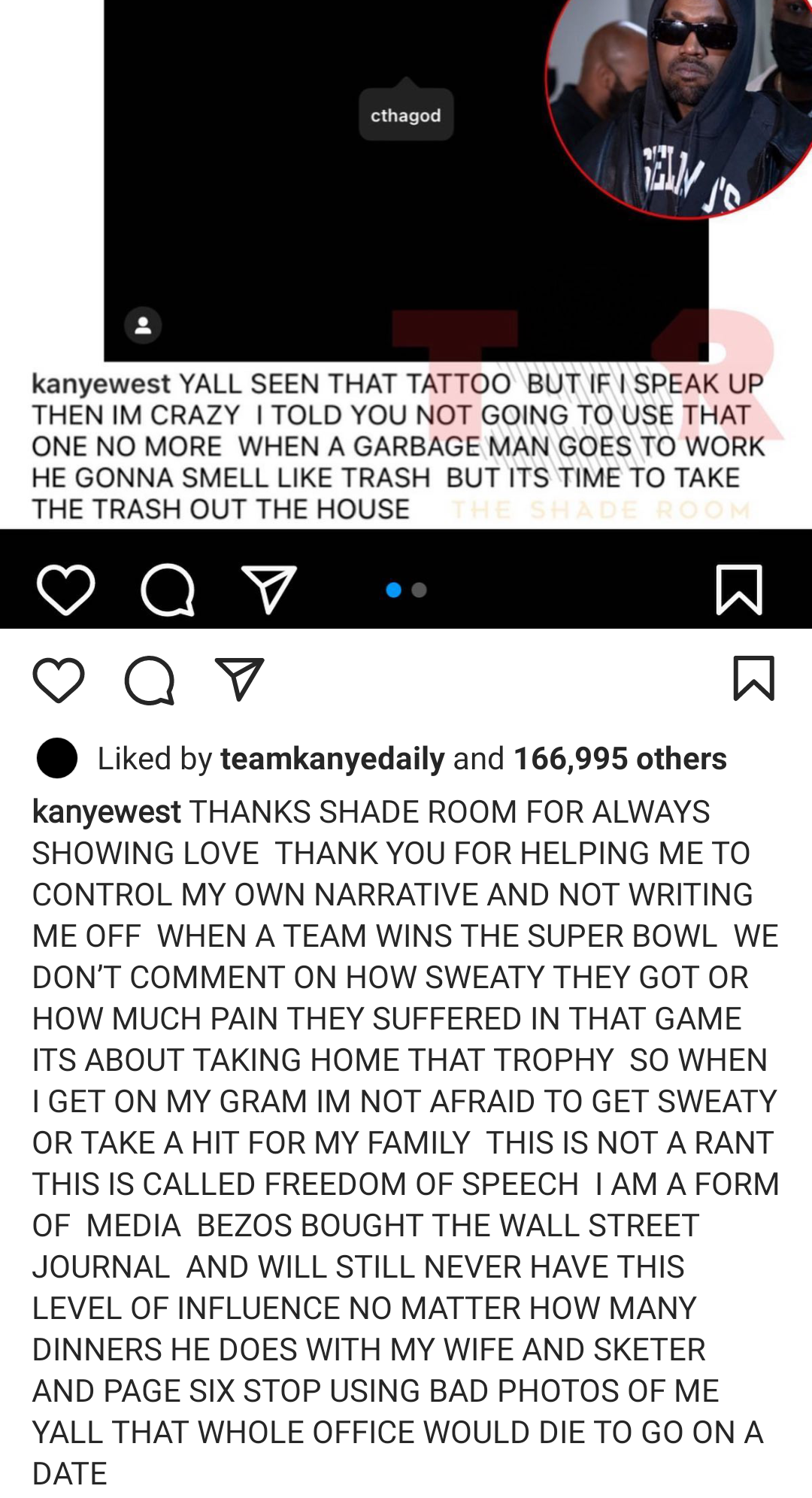 He earlier posted; “Just so everyone knows Cudi will not be on Donda because he’s friends with you know who.”