However after that, the couple agreed to fake the rest of their relationship online in order to avoid the public ridicule that has been pressing up for so long just to hit Efia.

So if you’ve seen Efia and Rev or their photos anywhere after August, they were only friends at that time. FameBugs has also learned that it was the Kumasi based Rich Borga who pulled the trigger on the relationship and it has something to do with Efia’s past and lifestyle.

Some weeks ago, in an exclusive video shared by  FameBugs, Efia’s Ex~Bf was seen taking another woman out which fueled their breakup rumour but the actress denied it all though she’s removed anything Reveloe from her gram page.

Well, now with the receipts available to us, we don’t expect any denial again and we are sure going to miss the ‘RevdUp’ lovers.

The Actress now Tv Presenter has been hanging out a lot with one popular rich guy in Accra, whom we believe is by name Derick Coffie. Efia some days ago placed his initials “D.C” in her Instagram bio indicating she’s been taken by him. Immediately FameBugs reported about that, the Actress removed the “D.C” from her bio. 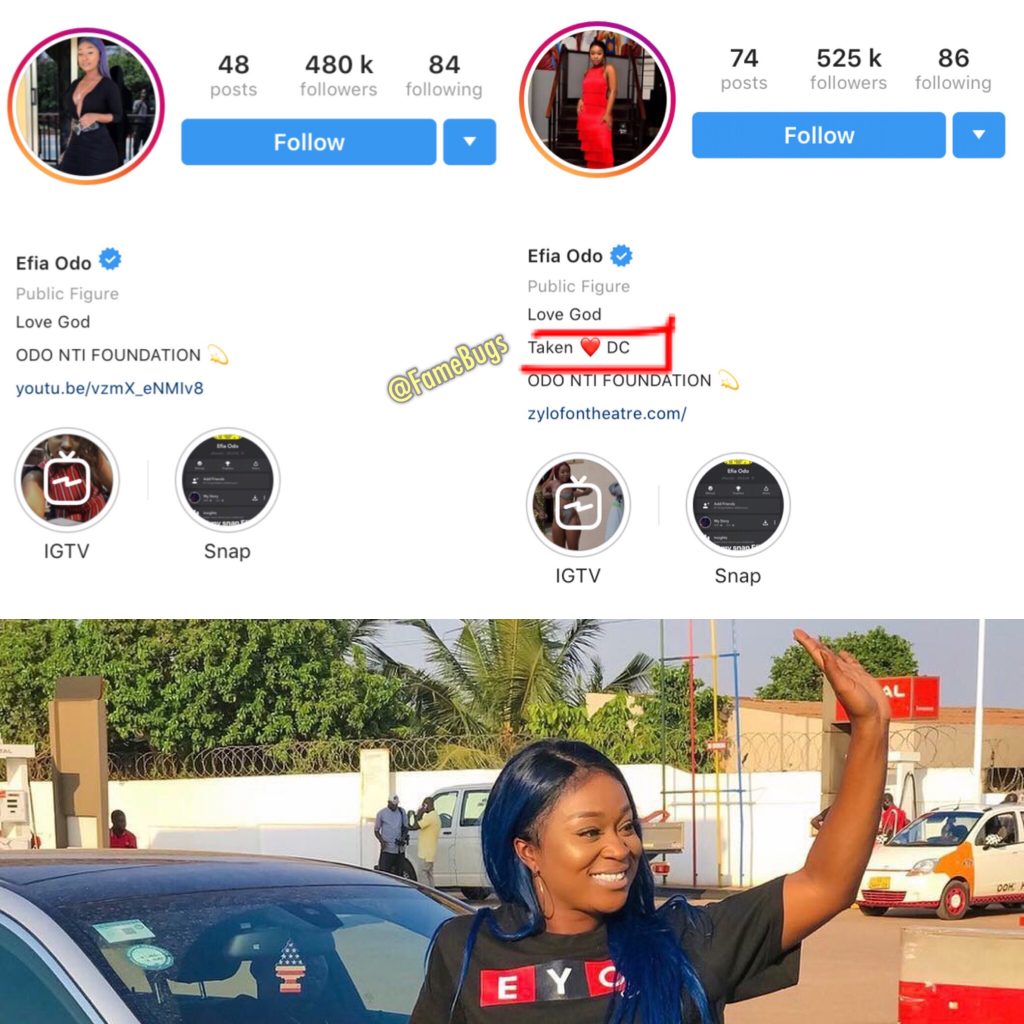 However, a source close to the D.C guy tells us he’s not dating Efia and they are just friends so we understand why Efia will remove the DC from her bio.