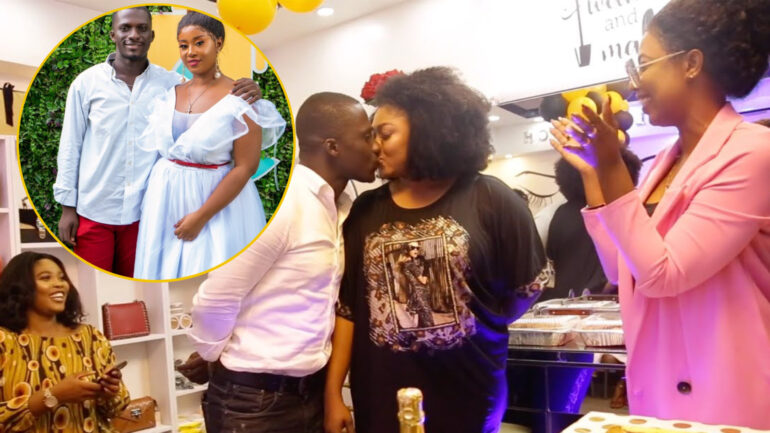 Zion Felix has been entangled in pregnancy wahala as two women are pregnant for him.

The Ghanaian blogger who turned 30 a few days ago has planted a seed in one Erica Kyem who wasn’t known as his girlfriend because he was rather known to be dating Makeup Artist, Mina Lawani – a relationship he confirmed on The Delay Show.

A video of Zion and Erica at what looked like a marriage ceremony popped up on social media and it sparked rumours that he ditched his long time girlfriend to marry another girl but that is NOT true.

FameBugs has been reliably informed that the video in question was from a knocking ceremony that saw him being introduced to Erica’s family as the man responsible for their daughter’s pregnancy.

At the back of this, Zion Felix denied being married. “I am not married and I have never been married,” he wrote on social media.

THE SIDE CHICK KNOCKING!

The reason is that Erica’s family is known to be a committed Christian family and they don’t want it to look like their daughter got pregnant out of wedlock.

“He had to do that somewhere in February 2021 because the family felt they are church people and that if their daughter gives birth out of wedlock ego be yawa give them so make he come do something small,” the source said.

ALSO: Give My Things To My Wife; Missing Athlete Ditches Olympics To Stay In Japan

However, one noticeable thing that happened at the knocking is that Zion, in the video below, placed a ring on Erica’s finger to assure her of marriage.

“I am putting this ring on your finger, to promise you that I will marry you and take you as the wife of my youthful age. In the name of God of the father, the son and holy spirit,” he said in Twi. 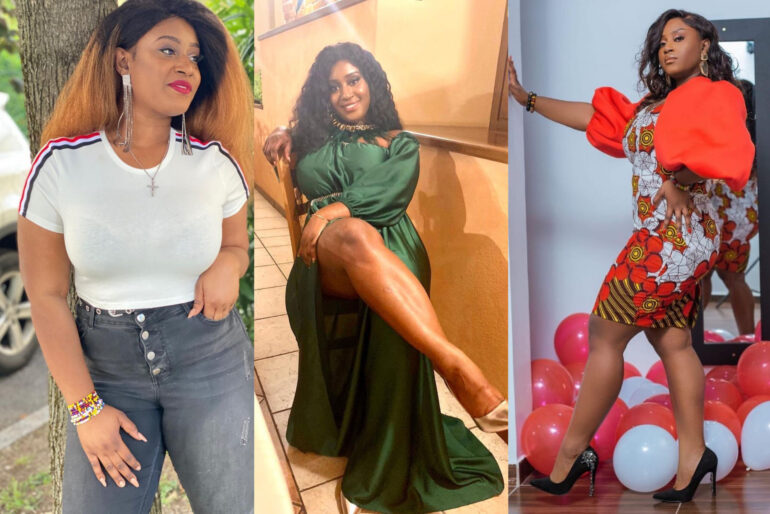 Erica is Italy based Ghanaian and has been nurturing a career as a Gospel singer. Our says that Zion claims he knew Erica from Kumasi for some years now. But as to when they started their romantic affairs remains unclear.

MAIN CHICK MINA IS ALSO PREGNANT! WHO GOT BOY OR GIRL?

“Zion is messed up, with his emotions and all that, looking at who he will marry now is a dicey situation,” the source said whilst confirming that Zion’s known girlfriend, Mina Lawani is also heavily pregnant for the blogger.

“The pregnancy clashed, they all got pregnant somewhere around last year November December, that’s when they both said they were pregnant but it looks like Madam Italy came first. So you be expecting by August or September this year, they will all give birth,” the source exclusively told FameBugs.

FameBugs has also been told that both Zion and his family are divided over which of the pregnant woman he should marry. ” He is confused, he claims he loves Mina too, that is why I am saying he is actually messed up emotionally, today he will tell you he loves this person and tomorrow he will say another thing”.

ALSO: My Boyfriend’s Friend Charges Me GH100 Per Head – Girlfriend Cries For Help

Zion’s family is confused too. Between his father, mother and sisters, we have been told which of them want Zion to marry Erica and the others who want him to marry Mina but we can’t disclose it in order not to cause tension between the pregnant women and the family. 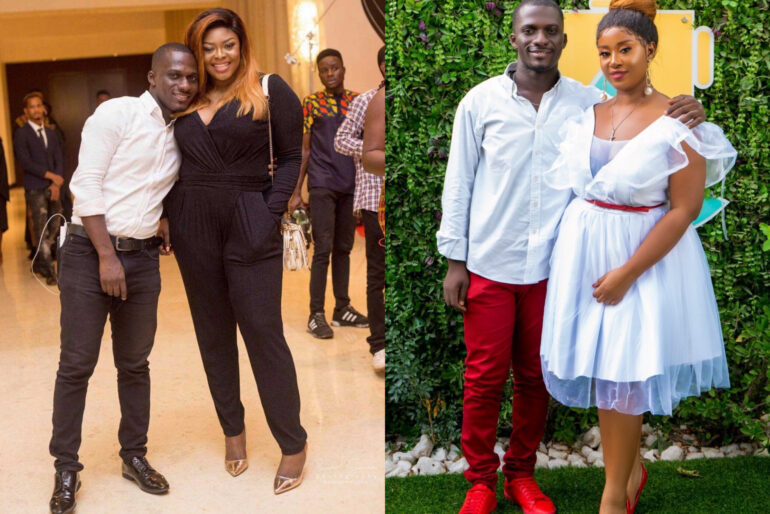 But if a vote is cast among all the family members, we can say that Erica will win with a slight margin. One part of the family believes Erica fits him more whilst the other side says he’s been with Mina for long and it will be unfair to ditch her.

“Don’t forget the Mina is older than him with a son around 18 years,” the source said and added that what is also influencing them is the kind of respect they get from both ladies.

Nevertheless, the young Ghanaian blogger is said to be taking very good care of both women. “He pays Mina’s rent for a two-bedroom apartment and bought her a Toyota car, he sends money to Erica too,” the source said.

HOW ARE BOTH LADIES HANDLING THE WAHALA?

Erica is choosing to be a happy-go-person and forcing not to pay attention to the comments on social media about this brouhaha.

On July 7th, she posted a photo of her heavily pregnant self, standing with Zion to wish him a happy birthday. “Happy birthday b❤️ @zionfelixdotcom” she captioned her Instagram post and we hope you know ‘B’ means baby. 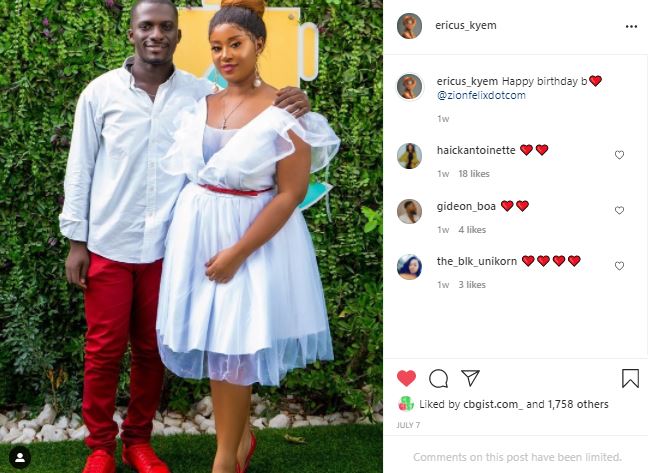 When the post caught attention and headlines as confirmation of her relationship with Zion, she archived it. However, upon our last check before this publication, she is now letting the post show on her gram page but has limited those who can comment on her post.

This means, no strangers, gossips or trolls can say anything under her post. Whilst her photo with Zion was trending, she dropped a throwback photo of herself the following day with the caption “You do You”.

Mina on the other hand appears to be wanting to choose ‘vawulence’ against those who come at her. Apart from addressing the ‘wahala’ once, she continuously drops captions to her posts which come as shots to who it may concern.

ALSO: Irina Shayk Turns Down Kanye West As She Refuses His Journey To Paris

One of her posts reads ” When a person is miserable in their life they will stop at nothing to try and make your life mirror theirs. A lot has happened and as bad as I want to address it, some things are better left unsaid. I’ll rather let God fight the battle”.

She continued that “I AM BLESSED!!! Nations will come to my light, and kings to the brightness of my dawn. Good morning world” and added #awomanofgrace #blessedchild #youaintgotnothingonme #thegirlisstillokay as hashtags.

We’ve also been informed that the two ladies have never spoken to each other before.

THE MAN IN THE MIDDLE!

Zion hasn’t said much about the ‘walaha’. He has not spoken publicly about Erica before. What he did recently after his birthday is to apologize to both women and their families. He said, “I never wanted to talk about it and still I don’t want to say anything about it, the matters plenty”.

“I want to apologize to some few people, first to the two ladies, Erica and Mina and to their families because of the shame and insults, the attack, the lies people have said about them”.

He also celebrated Mina on her birthday a few days ago. He shared a compilation of their loved up videos on his Instagram page which attracted over 1000 comments.