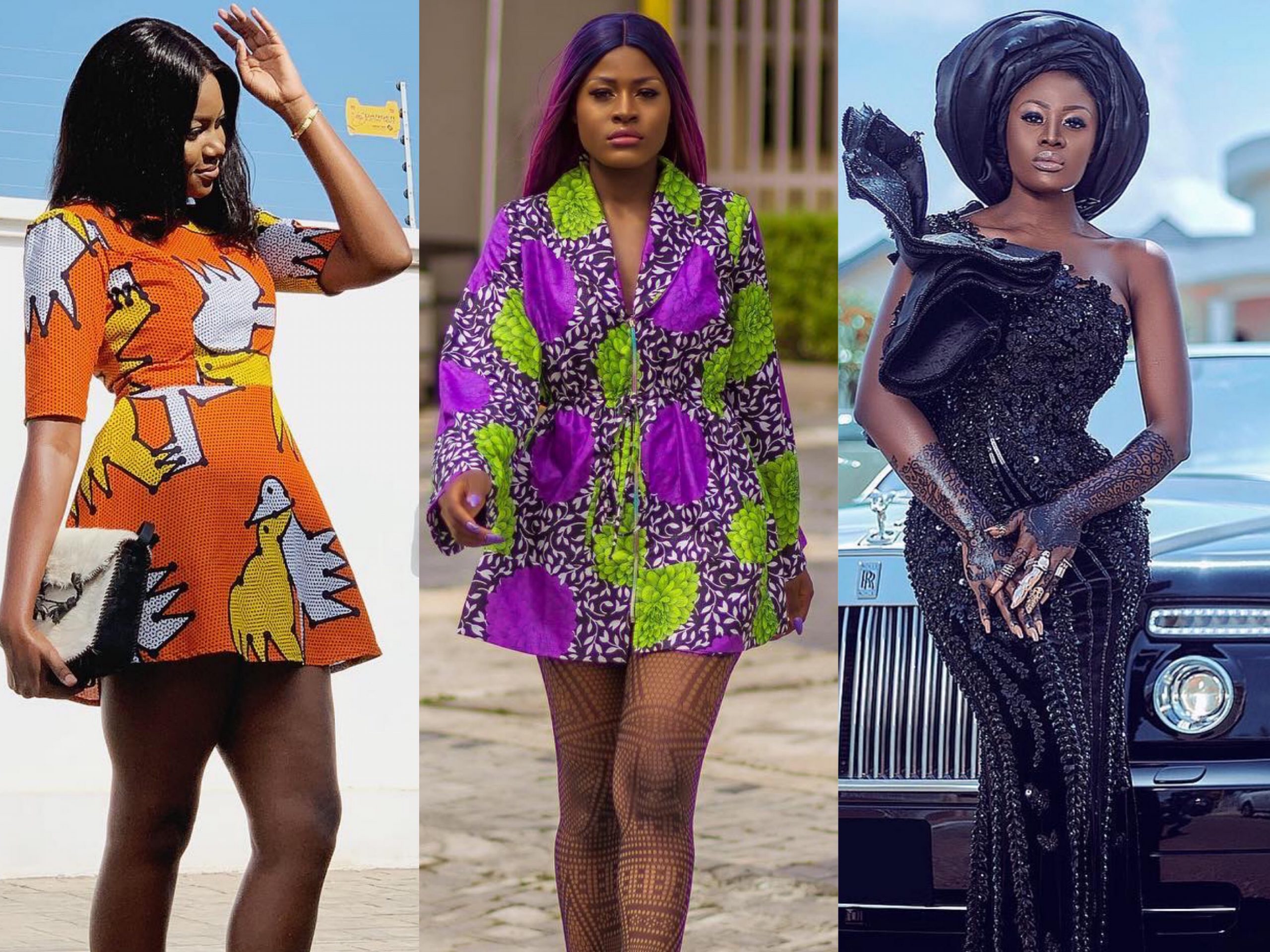 According to screenshots of a leaked chat, actress Yvonne Nelson, has reportedly sabotaged Nana Akua Addo, warning Alex of Big Brother Naija fame, not to work with her.

According to the information the screenshots holds, Yvonne’s reason is that Alex will dent her brand if she works with Nana Akua because her (Akua) doesn’t have a befitting brand.

The chats are believed to between Alex and a third party she informed about what Yvonne told her.

The 2018 Big Brother Naija visited Ghana for the first time, in a bid to co host, Obrafour’s “Paemuka At 30” concert which happened over the weekend. A programme which Obrafour credits Yvonne, for making it happen. 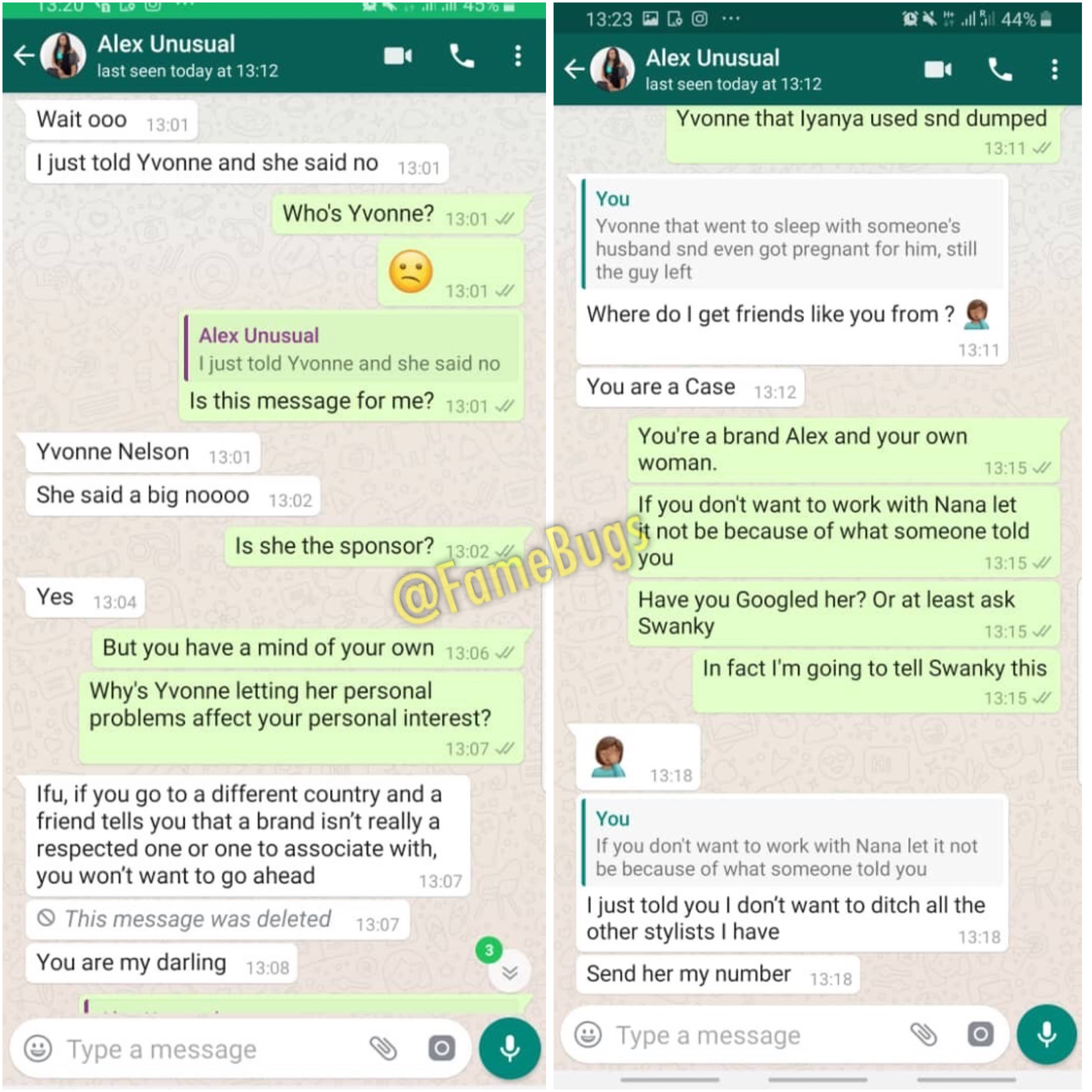 To our knowledge, Yvonne and Nana Akua haven’t been in good terms after the two once went for each other’s head publicly in 2017.

After 2017’s Golden Movie Awards, which saw Nana Akua Addo among other actresses slaying the red carpet, the “Heels And Sneakers” producer shared a tweet saying that ‘the energy actresses put in red carpet, they should channel it into making movies to revive the industry’.

This Nana Akua replied on social media. “RED CARPET is an industry called Fashion (SLAY) YES!!Either reinvent or help the industry grow or become a Commentator. Technology is making video and content the future.

The industry is for the TALENT. TALENT will keep you relevant in the industry long legs may get weak with time. Change is here if you can’t embrace it, join them “if you can’t beat them !!!!! IF slaying is not working for you, have you tried running with those long legs? It’s called reinvent either ways Ghana is winning my break time is up back to class….” Nana Akua wrote.

Yvonne Nelson in a sharp reply on twitter wrote “Like I said in my tweets earlier……the shallow minds won’t get it”.

It appears the two haven’t moved on since then, hence Yvonne’s reluctance in allowing someone she brought to Ghana to work with Nana Akua.