The Concerned Drivers Association of Ghana (C-DAG) has announced a 40% increase in national transportation prices that will take effect on Monday, January 17, 2022.

The Association noted in a press release dated January 10 that the increase was necessary due to the unacceptable problems that drivers are now facing.

According to C-DAG, the increase is driven by several variables, including the price of fuel at the pump, the price of vehicles, and the price of spare parts and lubricants.

“It must be noted that we commiserate with Ghanaians on the current economic hardship but in order to keep us in business, we are left with no other option but to adjust transport fares a little upward which is a 40% increment,” part of the statement reads.

“It must be noted that we also experience the economic conditions of the country. It has become extremely difficult for us to manage our homes as prices of basic commodities, including sachet water have also seen an upward increment,” they added.

The Association advised Ghanaians to accept the increased “transport prices when they go into effect on Monday, January 17, 2022.”

The Association also warned Ghanaians to avoid arguing with drivers and conductors when the new fares are implemented. 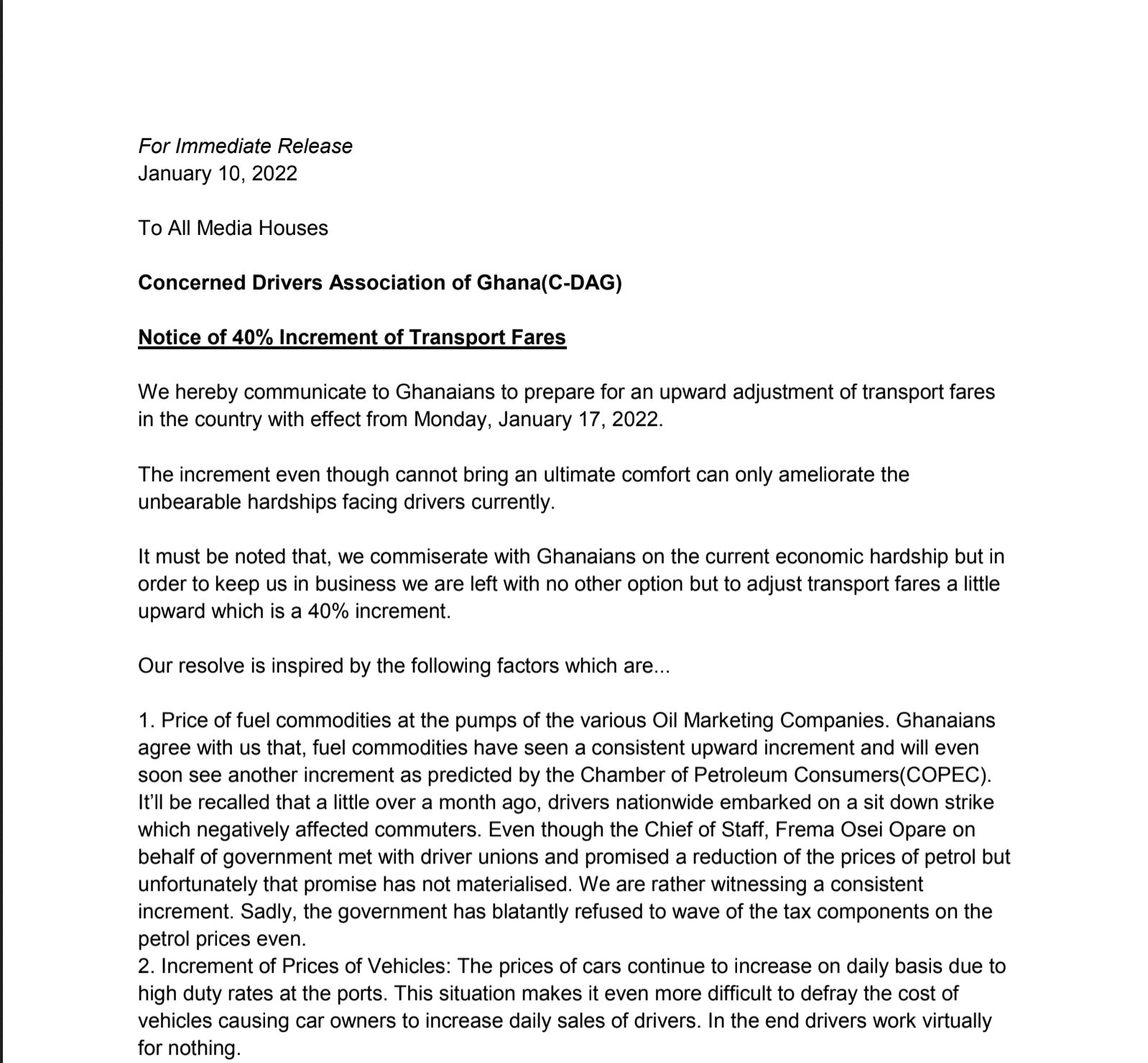 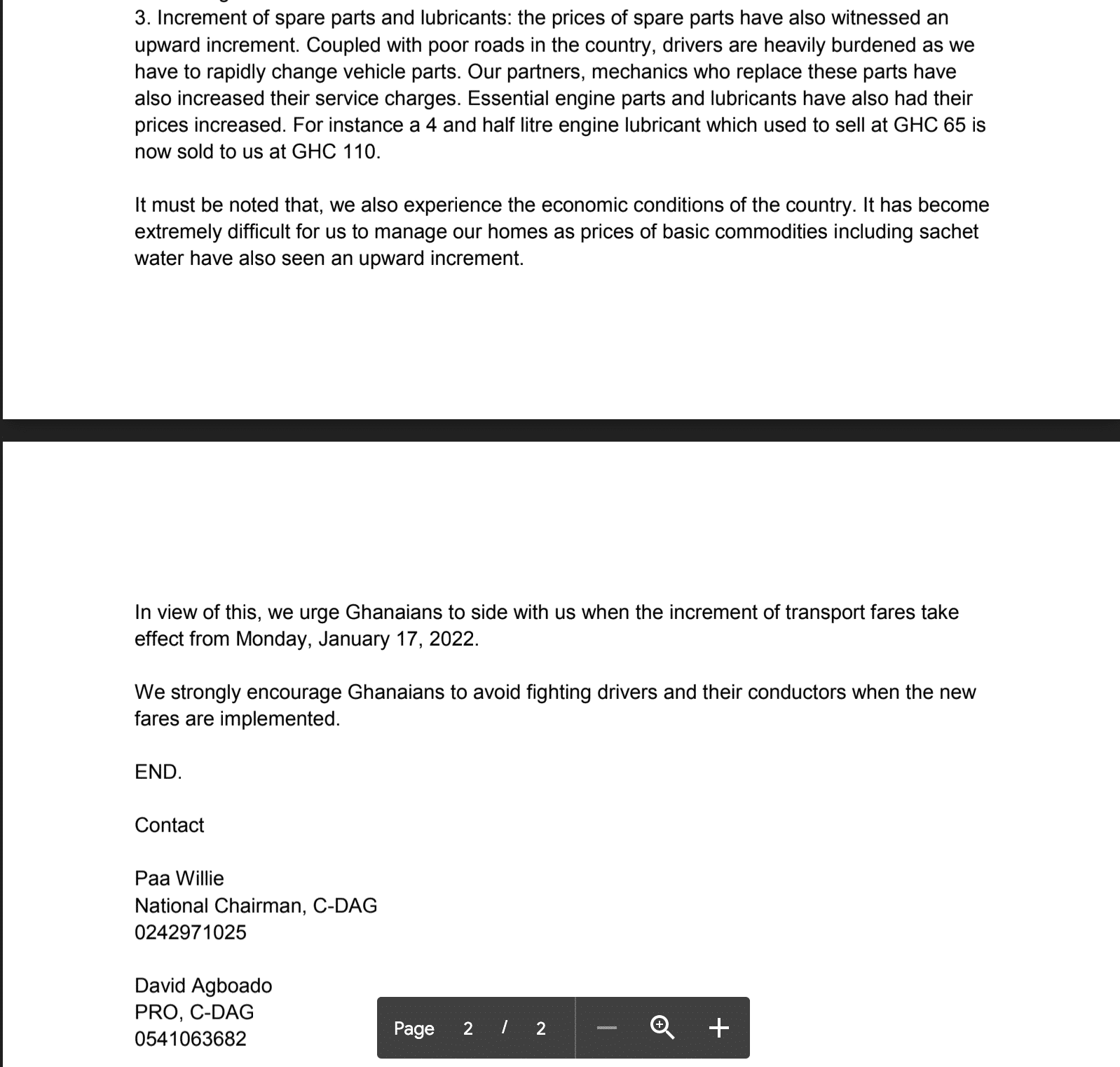