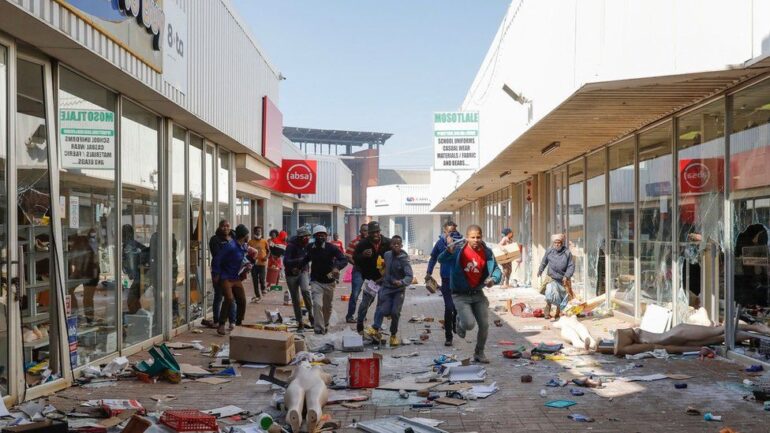 Intense Chaos hit South Africa-Johannesburg after major unrest was sparked by the citizens.

This follows after former President, Jacob Zuma was arrested on grounds of corruption. This chaotic series of events have been ensuing for almost four days straight.

Today being the fourth day has seen an exacerbation of the protest. Buildings and cars on the principal streets of Johannesburg have been torched and left destroyed. 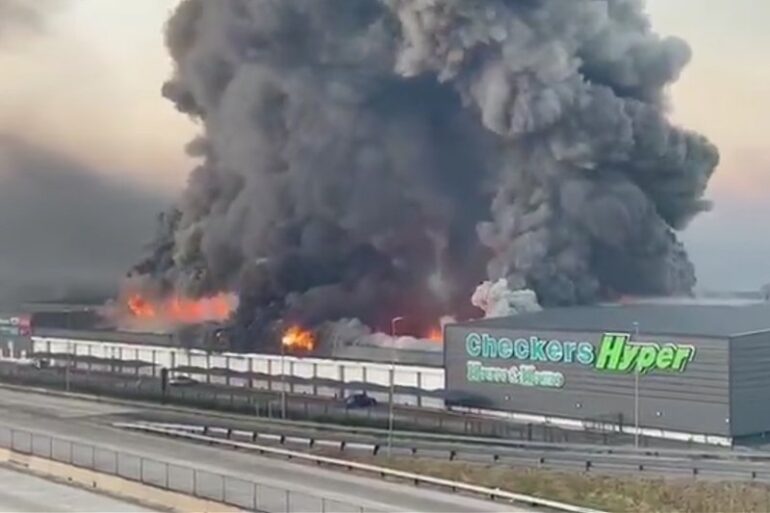 KwaZulu-Natal, a suburb of Johannesburg was hit hard by the protest as a shopping mall was set ablaze and hordes of people huddled in to loot.

Most of you are oblivious to this.

Us civilians are being forced to protect our homes and communities!

May the almighty protect us all! pic.twitter.com/Jaz6xcPJzS

A popular news channel in South Africa, enca.com, reports that police arrested 219 people and major streets in the city have been closed in an effort to control the crisis.

The president of South Africa, Cyril Ramaphosa, urged for a peaceful protest on Sunday, 6th July.

President @CyrilRamaphosa addresses the nation on Government's response to the public violence in parts of the country https://t.co/9a1MPCl2lg

“While there are so many who have been hurt and angry at this moment, there can never be any justification for such violent, destructive and disruptive actions,” he said during his speech. He also added that no criminality will be tolerated in South Africa.

A body was found dead amidst the destructive chaos in Vooslorus- Gauteng, another town in Johannesburg. The police are currently investigating the death of six more dead bodies. See more footage from the looting and rioting below.