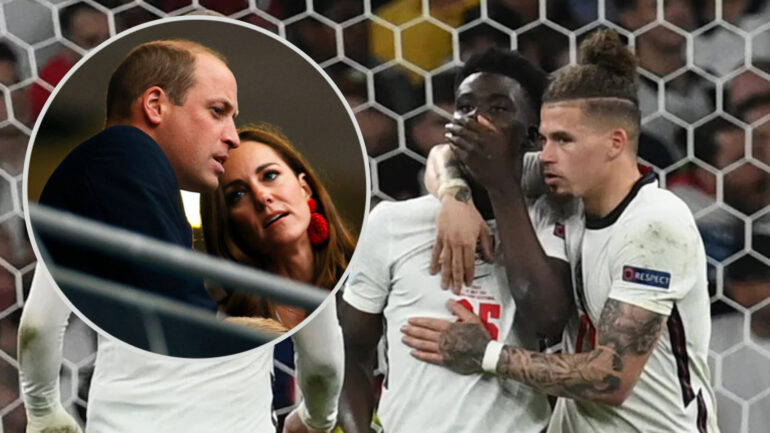 British media was set in a frenzy after Rashford, Sancho and Saka missed their penalty kicks which shattered any hope England had on winning this year’s Euros.

England, according to many sports pundits has been exceptional throughout the Euros and complimented it by making it to their first final since 1966.

Winning a major trophy would have capped off the brilliant campaign they had but the woes of penalty spot kicks denied them that insatiable glory.

Last night was a historic night for the Three Lions and the excitement ripples when Luke Shaw found the back of the net after two minutes into the game. The Italians clapped back after Bonucci scrambled in the equalizer for the Italians.

ALSO: I’ve Not Been Paid A Cent; Singer Cries Out Over ‘Jerusalema’ Global Hit Track

After a hard-fought battle between the two sides, the game moved to extra time and there was still no winner. Penalties were the only sure thing to decide who would win the Euros trophy.

Rashford, Sancho and Bukayo Saka all missed their penalty kicks consecutively and as such have been subjected to racial abuse on social media.

They are being blamed for costing England their only chance at winning a major European trophy for almost 7 decades.

Saka’s Instagram page was swarmed with racial comments with monkey emojis and users ranting “get out of my country”. As a result, Saka deactivated his social media accounts.

Many black folks on social media have defended the three boys and also lashed out at English Coach, Gareth Southgate for placing such pressure on a 19-year old to take such a crucial penalty in a major European final.

Responding to the reports of racism being metred to Saka, Rashford Sancho, Prince William who was at the Wembley Stadium issued a statement to condemn the act.

“I am sickened by the racist abuse aimed at England players after last night’s match. It is totally unacceptable that players have to endure this abhorrent behaviour. It must stop now and all those involved should be held accountable. W” he tweeted.

I am sickened by the racist abuse aimed at England players after last night’s match.

It is totally unacceptable that players have to endure this abhorrent behaviour.

It must stop now and all those involved should be held accountable. W

UK Prime Minister Boris Johnson with many media personalities including Gary Neville and Piers Morgan have also expressed how proud they are of the boys and their bravery. Gary in particular urged them on and spoke against the racial abuses directed at them.

This England team deserve to be lauded as heroes, not racially abused on social media.

Those responsible for this appalling abuse should be ashamed of themselves.

When England’s players took the knee last night, I was pleased to hear loud applause drown out a few boos.
Then our black stars get horrifically racially abused after the game.
This is why they take the knee.
This is why I support them in taking the knee.

Three lads who were brilliant all summer had the courage to step up & take a pen when the stakes were high. They deserve support & backing not the vile racist abuse they’ve had since last night. If you abuse anyone on social media you’re not an @England fan and we don’t want you. pic.twitter.com/PgskPAXgxV

A BBC journalist also took to Instagram to express her discontent with the racial abuse the young boys were being subjected to. “I AM SO GLAD ENGLAND LOST! RACISTS DON’T DESERVE TO WIN! AND THEY NEVER WILL!” Her post read.