A funeral service was held for the T.B. Joshua, Africa’s most popular televangelist who founded the Synagogue Church of All Nations Church.

At the service held at his church in Lagos, the late man was dress in white matching suits and was laid in state in a transparent glass casket at the ceremony attended by many. 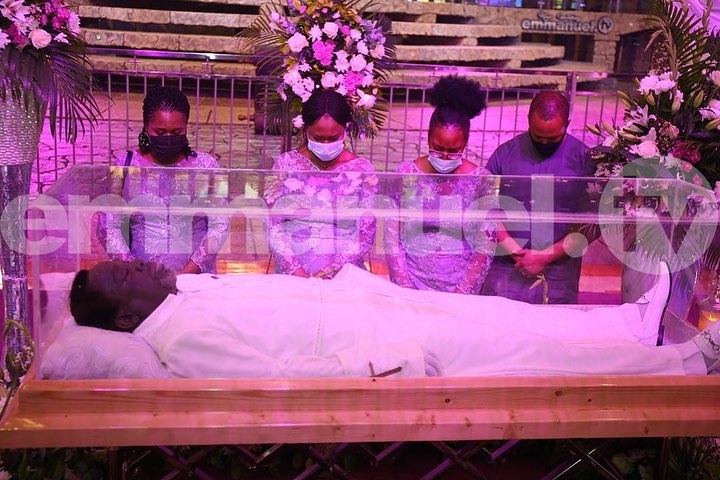 TB Joshua died on 6th June 2021 at the age of 57. The T.B Joshua Ministries had announced that a week-long funeral would be held for the late popular televangelist whose death came as shock to the world.

In a statement posted on its official Facebook page, the church organization said service of songs would be held from Monday, July 5 to July 11.

The funeral service indeed started on Monday with a candlelight procession among other things which have been ongoing in preparation for his expected eventual burial on Sunday, July 11.

Chief Dele Momodu, the popular Nigerian journalist and politician famed for his Ovations Magazine, took to social media to share an exclusive video of the late prophet lying inside a transparent glass casket while being conveyed into the Synagogue Church auditorium today.

TB Joshua’s wife, family and other apostles of the church led a procession for the service. Watch the video below.