Rev Owusu Bempah and three of his boys have been arrested and detained by Ghana Police.

The Ghanaian preacher is said to have ordered his boys to attack police officers who visited his church to carry out an official assignment. They were arrested yesterday after the incident which happened at his church premises.

“Reverend Isaac Owusu Bempah and three others have been arrested. The other three suspects are Michael Boateng, Frederick Ohene, and Nathaniel Agyekum. Two other suspects are on the run and the Police are pursuing them,” Ghana Police stated in a press release. 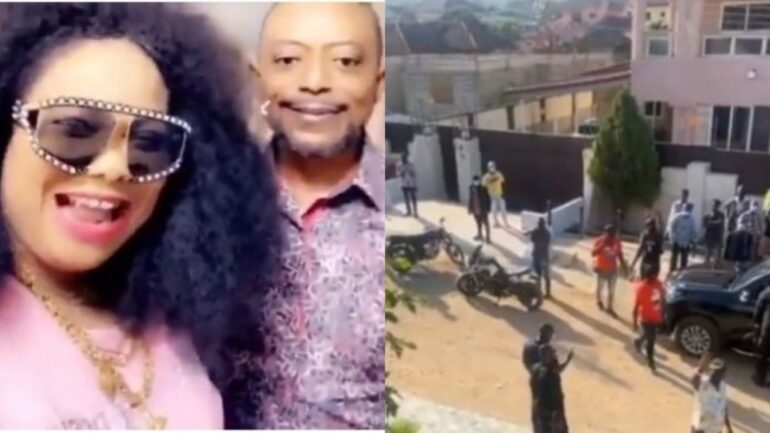 In the statement released around 11:20 PM by Ghana Police, “the suspects are being detained for further investigations over the creation and circulation of multiple videos containing threats, the brandishing of a weapon and the assault of some Police personnel“.

The brandishing of weapons charge is related to the videos of Owusu Bempah’s boys who decided to show off their guns in the video below whilst warning Nana Agradaa over her feud with their boss.

Ghana police details that “after critically analyzing the said videos and based on intelligence gathered, the Police embarked on an operation today Sunday, September 12, 2021, at the premises of the church to arrest the suspects. During the operation, some members of the church believed to have been under the direction of Reverend Bempah assaulted some Police Officers“.

“The injured personnel have received medical treatment and are responding to treatment. The suspects are currently in custody and will appear before the court tomorrow Monday, September 13, 2021. 8“.

“The Police strongly cautions the public against any acts that will disturb the peace of the country. We wish to give the assurance that impartial investigations shall continue in this matter and the public will be duly updated,” the statement concluded.

In this article:Featured, Ghana News