The singer made the announcement in a social media update to celebrate the end of a successful year in his music career.

“Made 22.3 million dollars this year talk no shit”. 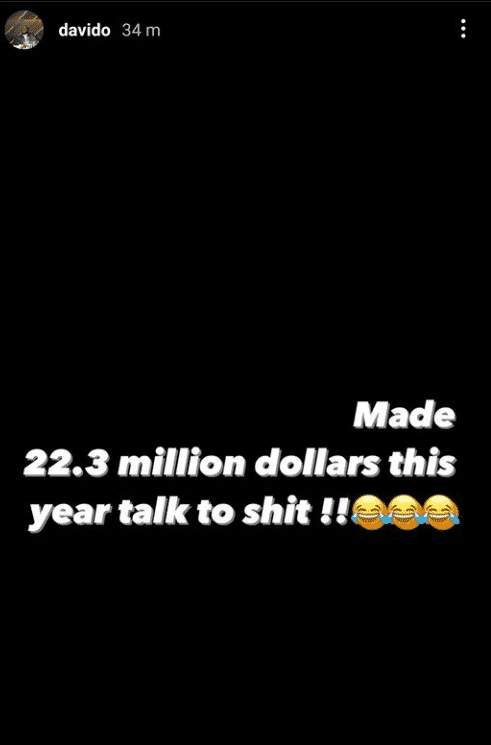 Davido, widely regarded as one of the richest musicians in Africa and the world, has remained a formidable force not only musically but also financially.

Davido, who rubs shoulders with Akon, Wizkid, Diamond Platinumz, Youssou N’Dour, and others, is one of Africa’s top ten richest musicians.

As a result, earning $22.3 million clearly adds to his fortune, solidifies his music’s global appeal, and establishes him as one of Africa’s contemporary musical colossi.