The acts are now proud Grammy winner following their separate wins during the 2021 Grammy Awards which happened this night.

At the ceremony hosted by Trevor Noah, Beyonce’s ‘Brown Skin Girl’ which features WizKid and Blue Ivy, has been adjudged as Best Music Video.

The nine-year-old daughter of the ‘Halo’ singer becomes the second-youngest winner in Grammy history as she shares the win alongside Saint Jhn, Wizkid, and the video’s directors and producers.

Burna Boy also emerged as a winner at the 63rd Grammy Awards is being held in Los Angeles after his ‘Twice As Tall’ album was declared as the Best Global Music Album.

Burna Boy was nominated in the same category in 2019 – then known as Best World Music Album – but lost out to Angelique Kidjo at the awards ceremony in 2020.

The Nigerian singer made another history as the first African based act who performed at the Grammys which had no audience with performances streamed online for viewers to watch at home. Burna Boy performed “Level Up, ‘Onyeka’ and ‘Ye’ at Medley – watch it below.

Akuapem Poloo has been convicted by an Accra Circuit court over the nude photo she shared with her son last year. Poloo appeared in... 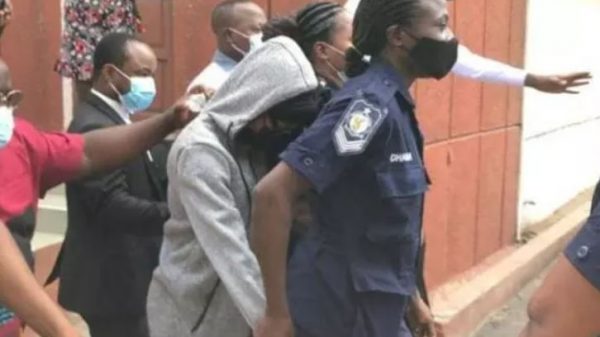 Akuapem Poloo has finally met her requirements for the bail granted to her 2 days ago. Despite her GH80,000 bail with 2 sureties granted...

Former American police officer, Derek Chauvin, who was captured kneeling in George Floyd’s neck before he died after begging to breathe, has been convicted....

Quamina MP has announced that his late father will be buried tomorrow and coincidentally it would have been his birthday as well. The Ghanaian...