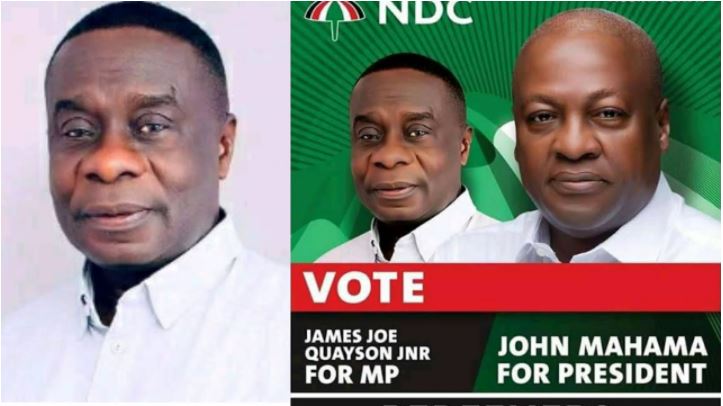 The 2020 parliamentary elections in the Assin North constituency have been canceled by a Cape Coast High Court.

The court presided over by Justice Kwasi Boakye, has ordered for fresh elections to be conducted in the constituency.

This follows a case against the MP, Hon Joe Gyaakye Quayson, at the time of filing to contest the 2020 parliamentary elections, for not renouncing his Canadian citizenship and thus held dual nationality which doesn’t make him eligible to contest the election.

The petitioner avers that at the close of nominations on the 9th of October, the Assin MP had not still renounced his Canadian nationality. He says the Assin North MP who still holds himself as the MP is a complete violation of Article 94 (2a) and the court should declare his election null and void.

ALSO: Bill Against “LGBTQ” Pops Up With Very Strict Rules That Makes Promoting It A Crime

According to Joe Gyaakye Quayson, he got his renunciation certificate on November 26, 2020. His lawyers argued that the delay in getting his certificate was purely administrative and arose out of the two-month lockdown as a result of the pandemic.

However, the court said, based on the certificate the MP submitted in his affidavit in response to the petition, he only ceased to be a Canadian citizen on November 26, 2020, and not any period before or at the time of filing to contest the elections.

“It would be a bad precedent and a cancerous tumor in Ghana’s legal jurisprudence. Thus, he ceased to be a Canadian citizen after November 26, 2020,” the judge said.

This means, NDC now has 136 seats in Parliament against NPP’s 137 seats. New elections are expected to be held. It’s recalled that Joe Gyaakye Quayson’s presence in the house on the night Speaker of Parliament was elected caused heated arguments between the NPP and NDC sides.