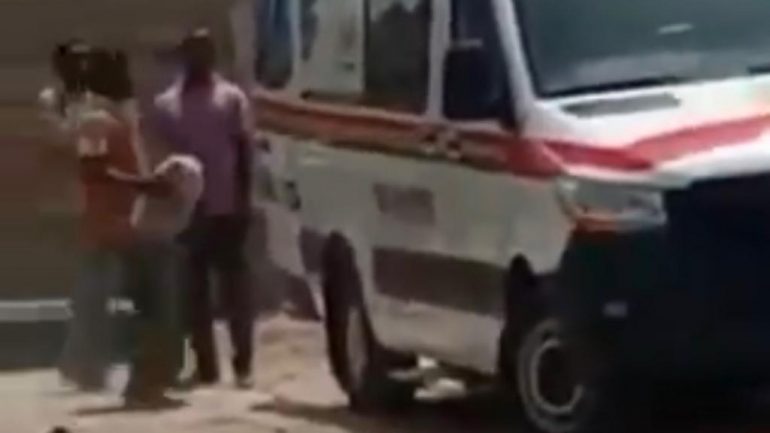 A National Ambulance has been spotted transporting bags of cement at Kasoa in the Central Region in a video.

The viral video has since sparked off a mixed bag of reactions from social media users.

The ambulance is one of the 145 constituency ambulances assigned to various districts in the country has been captured in a video that shows it’s being loaded with bags of cement instead of attending to healthcare emergencies.

For a country whose emergency healthcare provision is below standard, many have been wondering why any of its operators will stoop this low whilst recently a twelve-year-old lost his life due to the unavailability of ambulance vehicles.

Our national ambulance is now used to Carry cement somewhere in Gomoa East. What have we committed as a country? Is it a curse or something? 😭#FixTheSystem#FixTheCountry
#FixTheCountryNow #FixingTheCountryGhana pic.twitter.com/GjQ3DSgbcF

The ambulances were officially commissioned to work and attend to health emergency situations in 2019 by President Akuffo-Addo.

They were assigned to each of the 275 constituencies under the One-Constituency-One-Ambulance-Policy. Seeing one transporting cement just doesn’t sit right with many people.  Management of the Ghana Ambulance is yet to comment on the viral video.

In this article:Kasoa, Nana Addo, National Ambulence, One Constituency One Ambulance