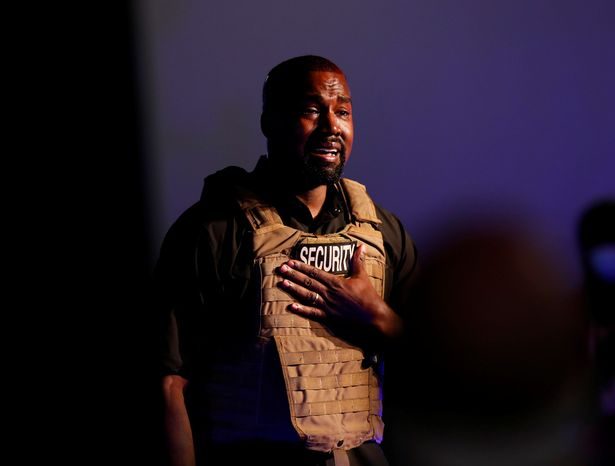 Kanye West is serious about contesting for Presidency at the upcoming America elections. He has filed a couple of necessary official documents for his political bid.

The rapper, 43, has set a political party named “Birthday Party” and Ye wept at his first political rally held at a venue in South Carolina.

Kim’s husband broke down into tears when he was speaking about how his father wanted him aborted and how he wanted Kim to also abort their first daughter, North West.

The father of 4 was suggesting a policy that everyone who has a baby must be paid and things went west to worst as he recounted his abortion experiences in the video below.