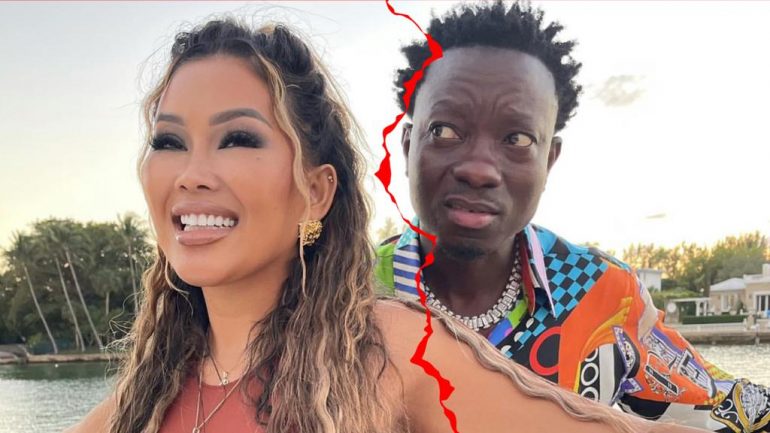 Miss Rada the girlfriend of Michael Blackson has pulled off the plug on their 2-year relationship saying that “I will not be lied to”.

The Real Estate agent who is also a vixen and lives in the U.S announced the breakup from the Ghanaian-American comedian in a social media post in which she said “it has been a great ride…..although I love him to death, he has internal issues that he needs to work on”.

ALSO: J Lo Just Broke Up With Alex But Going Out Again With ‘Batman’ Ex (PHOTOS)

“I am an easy person to deal with but I will not be lied to. I will always love and support him with all my heart……it’s time for me to move on and love him from afar. Enjoy the Gold Coast….my side beeches and I are moving on #takecare ….,” she added. 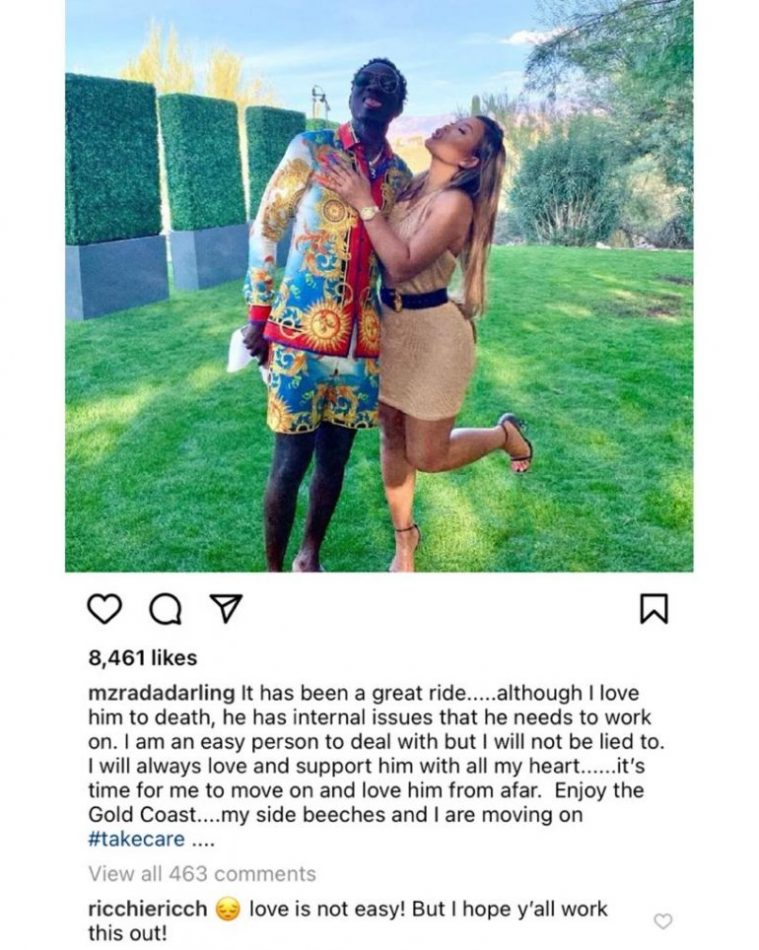 This heartbreaking news came in this morning, 17th May, whilst Micheal has been cooling off in Ghana for the past 3 weeks now, having fun and even threw a house party last night inside a new house bought in Accra.

As usual of the ‘Modasucka joker’, the house party featured bhad beeches with D Black, Kofi Jamar AY Poyoo and others passing through before he headed out to Oasis to continue chilling.

Michael and Rada have been dating for 2 years now and they both visited Ghana in January and did not miss moments to flaunt their beautiful love life online. 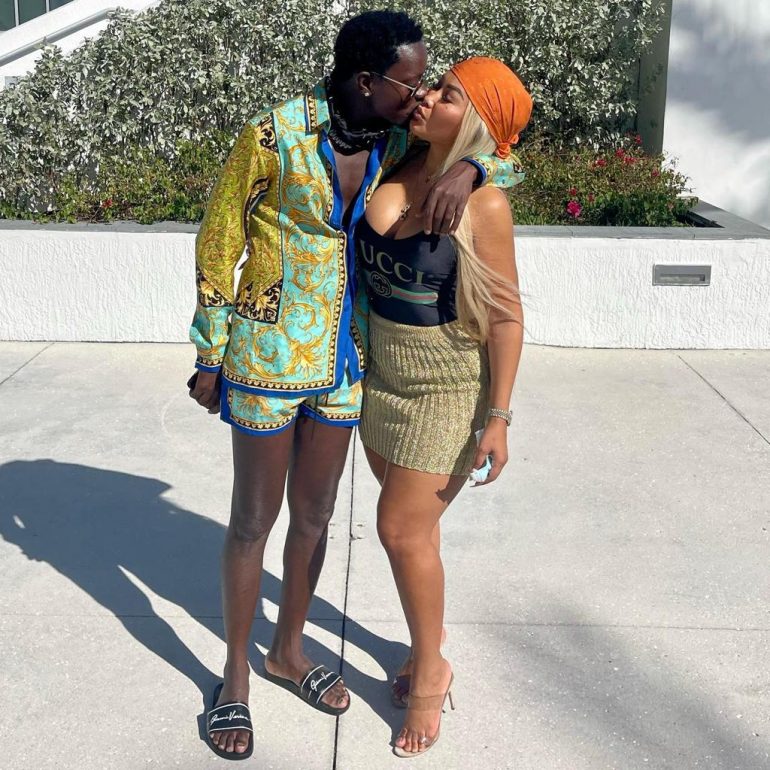 But now,  Miss Rada has cleared off all those photos about her life with the ‘Coming To America 2’ actor from her 144K following Instagram page.

The pair marked their second anniversary in March and looked perfect together whilst in Ghana as they enjoyed their holidays together and served us couple goals without us knowing Mike “has internal issues that he needs to work on” as said by Rada today. 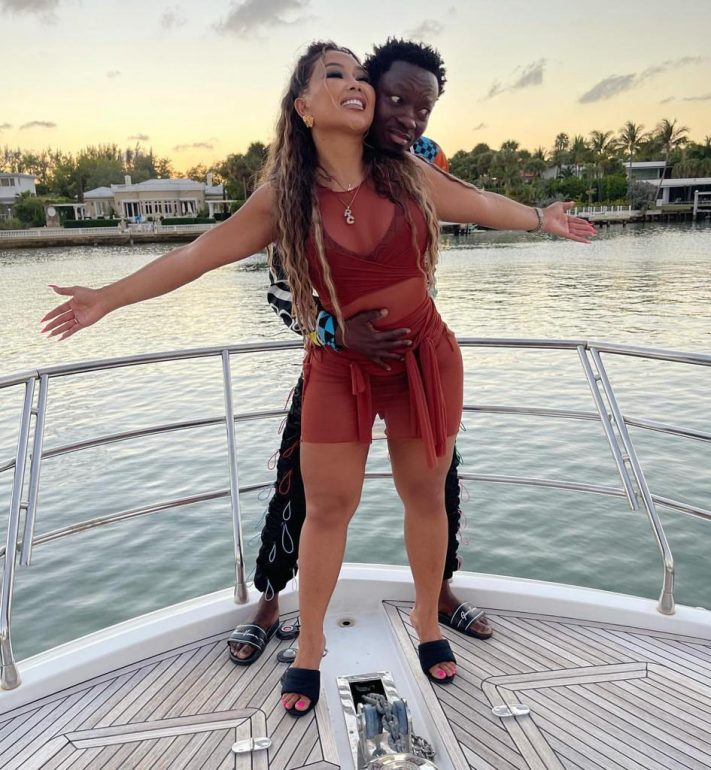 Talking about their relationship a few weeks ago on ‘VH1 Couples Retreat’ show, Michael and Rada disclosed that they were in an open relationship. “We were sleeping buddies for a year and it got more serious about a year ago,” Rada said on show after Mike said they’ve been dating two years.

Explaining their non-tradition relationship in the video above, the couple disclosed that often time sometimes, they accept other women into their relationship with Rada revealing that she is bisexual and her type of women is different from what Mike likes, therefore, once a while they fight over that.

However, it looks the pair will miss their catfight about side beeches because Rada whilst responding to a comment on her breakup post that says “love is not easy! But I hope y’all work this out!” replied that ” no girl….this is it, we done done! Ain’t no going back”.

Before Miss Rada announced the split this morning, she gave a hint about it last week, when she referenced how singles find love on Tinder as she dropped a photo of herself with the caption “gotta learn how to swipe right again”.

Amidst it all, the ‘modasucker joker’ appears unbothered, he’s been partying hard in Ghana, having a blast through it all. He is yet to comment on the split at the time of this publication.