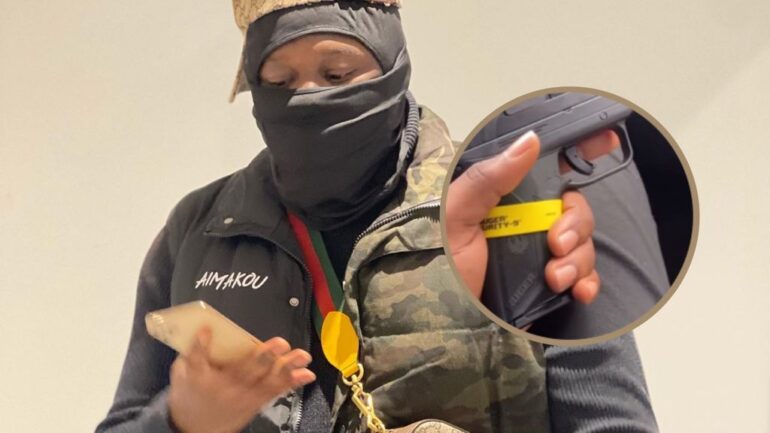 The Ghanaian rapper has been arrested for showing off a gun in a video on social media.

The rapper is being held in custody at the Accra Regional Police Command charge office. Citinewsroom.com reports that his wife, Fella Makafui, has been spotted with him at the station.

“He was brought to the station by police and is currently in police custody” the website stated.

According to the report, one of the lawyers who represented Shatta Wale, Jerry Avenogbor, in court earlier today was sighted at the police command as well.

It however remains unclear if he is going to represent Medikal in this case as well. Before this arrest, the couple was using social media to amplify a #FreeShattaWale campaign after the dancehall act was arrested.

Ghanaian rapper, Medikal, has been arrested for brandishing a gun in a video on social media.

Medikal was with his wife, Fella Makafui

His case is expected to be processed to court tomorrow October 22, 2021.