Martin Amidu, who was appointed as Ghana’s first Special Prosecutor to fight corruption, has resigned from his position three years after President Akufo-Addo appointed him into office.

The former Attorney General wrote to the President Nana Akufo-Addo Monday, saying his decision is to enable his appointing authority “to take steps to appoint a replacement to that position as required by law.”

ALSO: Twene Jonas Dros Another Hilliarious Live Report From ‘Heaven’ Where The System Is Working 24/7

Detailing one of the reasons behind his shocking resignation, Martin Amidu claimed that the President has interfered in his duties as Special Prosecutor after he released a report on government’s Agyapa Royalties deal and described it as corrupt.

“I should not ordinarily be announcing my resignation to the public myself but the traumatic experience I went through from October 20, 2020, to November 2, 2020, when I conveyed in a 13-page letter the conclusions and observations on the analysis of the risk of corruption and anti-corruption assessment on the Report On Agyapa Royalties Limited Transactions,” Mr Amidu said.

He added that “The reaction I received for daring to produce the Agyapa Royalties Limited Transactions anti-corruption report convinces me beyond any reasonable doubt that I was not intended to exercise any independence as the Special Prosecutor in the prevention, investigation, prosecution, and recovery of assets of corruption. My position as the Special Prosecutor has consequently become clearly untenable.”

Martin Amidu went ahead to state other factors that have pushed him to resign in the press statement below. 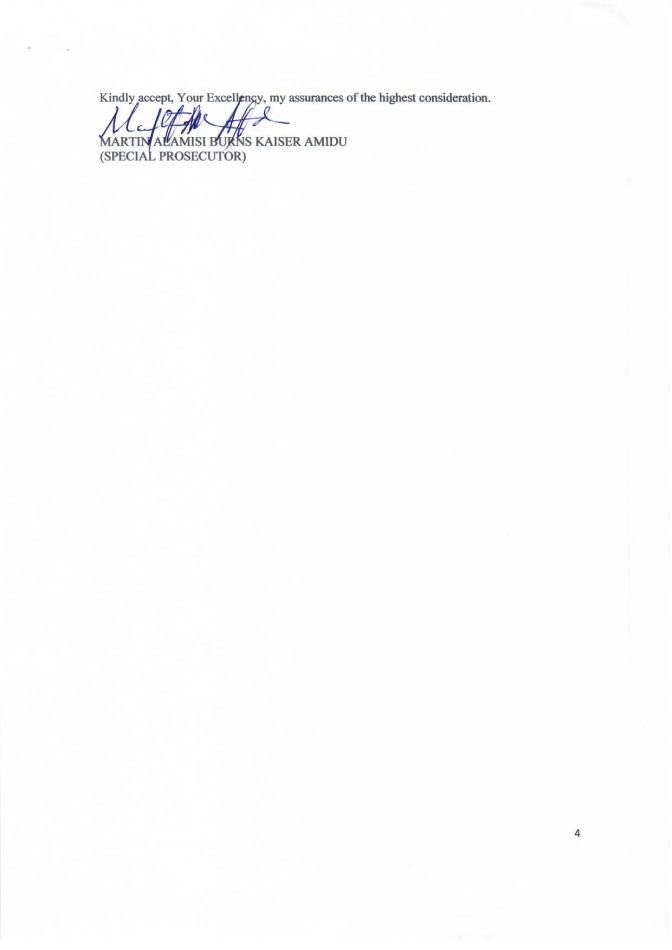