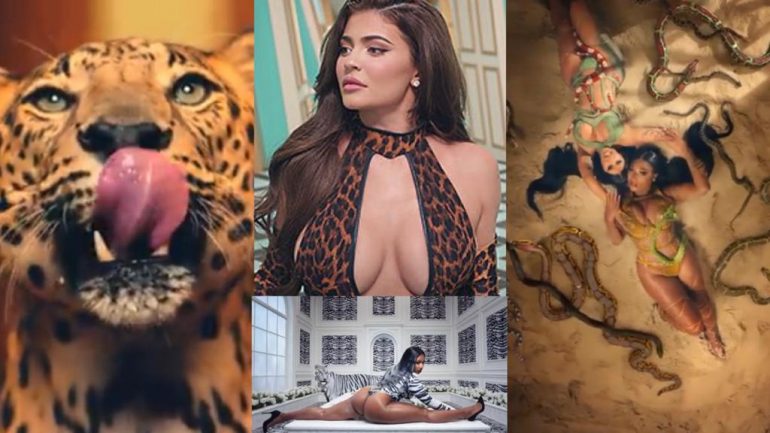 Cardi B has put in work to break the internet with her new ‘WAP’ song and she is reaping what she sowed because the video within 12hrs of its release has gathered more than 9.8 million views on YouTube.

The video is for the rapper’s new song which features Megan The Stallion who also brought on her ‘hot girl’ content into the making of the wild visuals.

Apart from wild animals, snakes and tigers, Kylie also appeared in the music video which is breaking the internet. Of course, she came to put on a typical Kylie show to make the video what it is.

‘WAP’ has been abbreviated from ‘Wet A*$ P….’ and that pretty much summarizes why the video is this juicy. Watch the PG music video below.

In this article:Cardi B, Megan Thee Stallion, Music video, WAP