According to fast trending reports that are currently making waves on the internet, Member of Parliament (MP) for Assin Central, Kennedy Agyapong, would be contesting in the upcoming NPP presidential presidential primaries.

According to multiple sources, the NPP firebrand is expected to go to the polls in 2023 to select its flagbearer for the 2024 general elections.

A campaign flyer with Kennedy Agyapong’s image on it is also circulating in the media following the rumours that he would be contesting against Alan Kyeremanteng and perhaps Dr Bawumia. 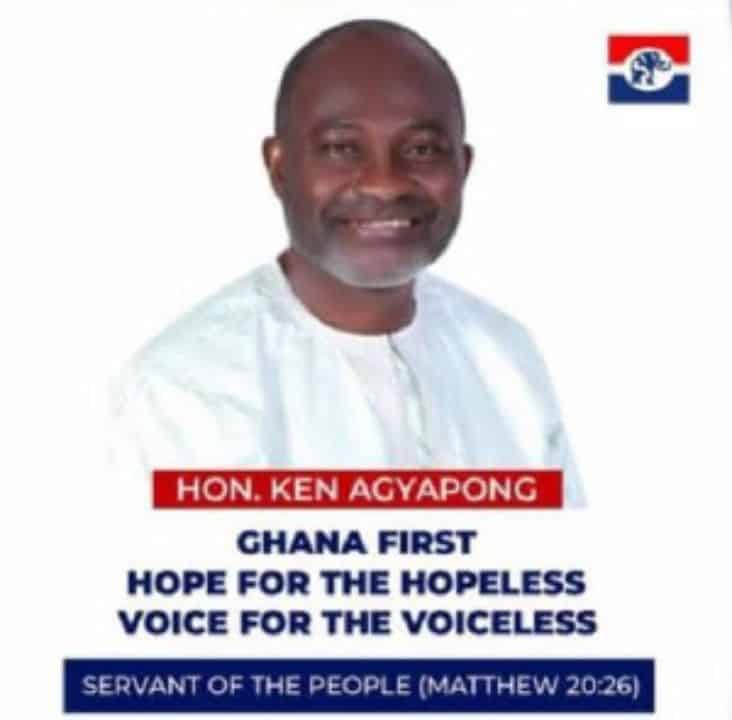 Alot of Ghanaians have openly expressed their support for the astute politician although he’s yet to officially comment on the heartwarming rumours.

Meanwhile, about two months ago Oman Fm’s Boiling Point show, Kennedy Agyapong revealed that he’s disgusted and angry over seeming attacks by some individuals in the party accusing him of supporting Alan Kyerematen.

Kennedy Agyapong hinted plans to join the Presidential race of the ruling party, for the 2024 general election.

He angrily explained that after promising to support every constituency with GHC10,000 for the constituency elections, some bigwigs in the party attacked him for pursuing the agenda of Alan Kyerematen.

In this article:Kennedy Agyapong, NPP