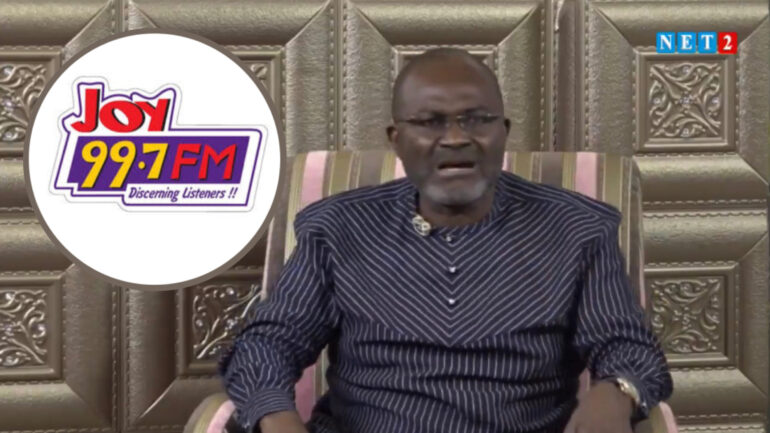 Multimedia Group Limited’s subsidiary, Joy FM, has made a move to sue Kennedy Agyapong for defamatory remarks against their media station.

Lawyers of the MGL company, A-Partners @ Law, issued a press release this morning spelling out the grounds on which they would sue Kennedy Agyapong on.

This follows after Kennedy Agyapong, MP for Asssin Central, said in a video on Net 2 tv that Joy FM’s report on Kaaka’s death was false and misleading.

He accused the media station of instigating the chaotic scenes at Ejura on June 29th 2021 which led to the death of two people. He also added that the boss of Joy FM, blatantly told him the station was on a quest to sabotage the NPP.

According to t him, the planned sabotage was attributed to the NPP’s refusal to pay money to media personnel at the company.

In the video above, he challenged the boss of Joy Fm to deny the allegations he has levelled against him and accused them of trying to destroy the unity of the nation.

The Media company retaliated against these allegations by threatening to sue Kennedy Agyapong for wrongfully accusing and defaming their media brand.

In the press release, Multimedia made it clear their station doesn’t take lightly to the serious view of the outright falsehoods of wrongdoing including criminal blackmail, corruption, warmongering and reporting against the government.

First, was the fact that some Joy FM media personnel were at the residence of Mr Otchere-Darko to discuss the possibility of interviewing then-presidential candidate, Nana Addo Dankwah Akufo Addo way back in 2016.

The other time Joy FM staff were seen at the residence was when Mr Otchere-Darko himself invited them over to discuss issues of governance and also offer employment opportunities to some members of the staff on whether they would like to join his media station Assase radio.

According to a press release, staff from other media houses were also invited. They deemed Kennedy Agyapong’s accusations as false, defamatory and malicious. 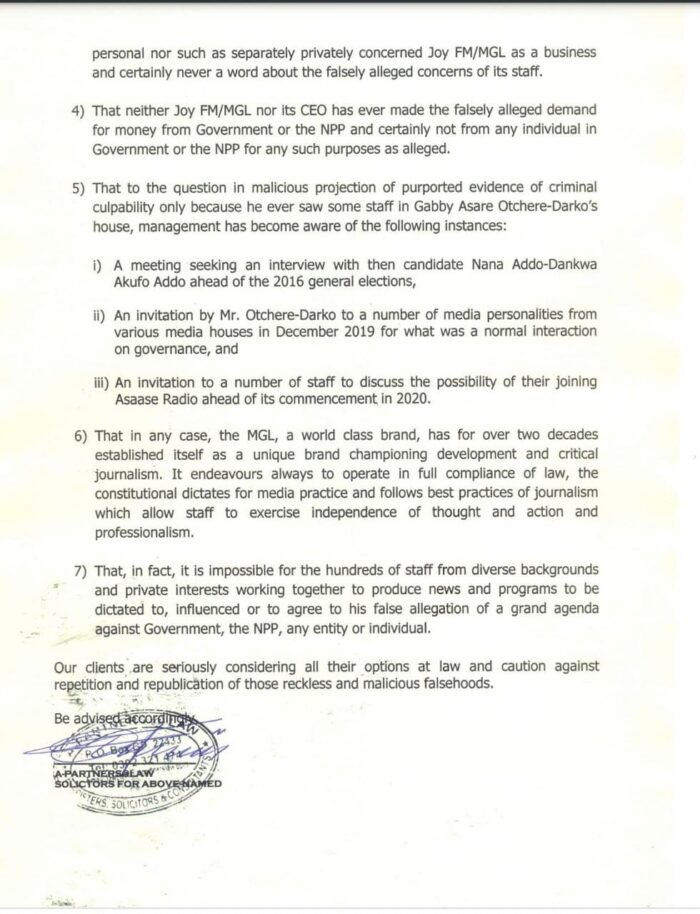 The lawyers made it clear their client, Multimedia Group Limited is taking all their chances at law and cautioned him against any repetition and republication of his false comments.

Ghanaian actress of Nigerian descent Christable Ekeh has taken to social media to share photos of her baby bump to tell the world she...