Prof. Opoku-Agyeman’s Vice-Presidential candidacy was officially announced at a meeting of the NDC’s National Executive Committee (NEC) at the party’s headquarters at Adabraka in Accra today.

Prof. Opoku-Agyeman is a veteran educationist and served as the first female Vice-Chancellor of a public university of Ghana when she was appointed to head University of Cape Coast (UCC) in 2008. 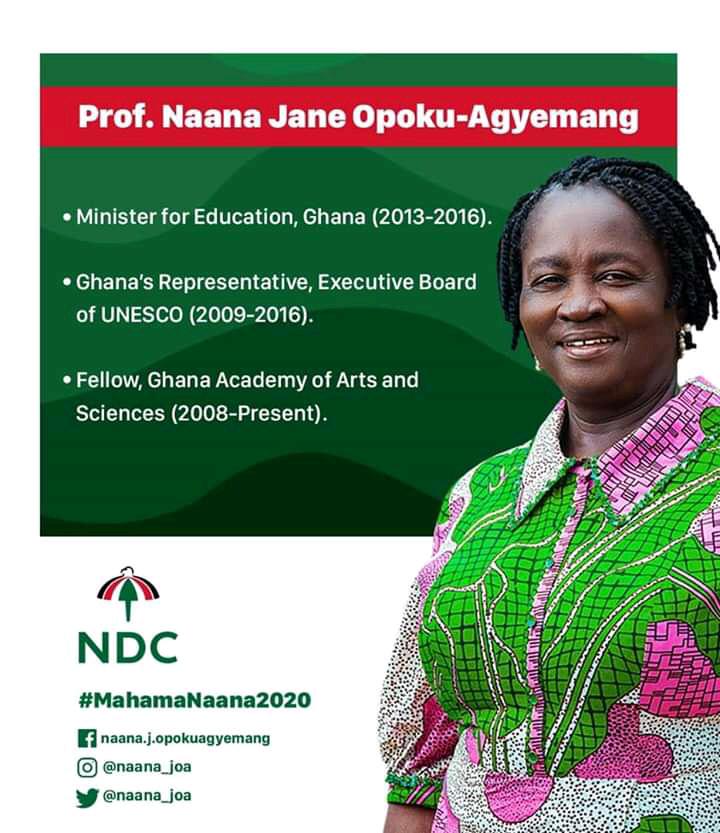 After Mahama won the 2012 elections, Prof. Opoku-Agyeman was appointed to head the Ministry of Education and she held the position until the party lost power in 2016.

If NDC secures victory in this year’s election, the product of the Wesley Girls High School in Cape Coast will become Ghana’s first female Vice President. See the Facebook post below of John Mahama has to say about his running mate.