Joe Biden the Democratic presidential candidate for the upcoming U.S elections has named Kamala Harris as his running mate.

Harris is a 55-year-old mother of two who made history in 2016 when she became the first Black woman elected to the US Senate from California, a political position she still holds the State’s senator. 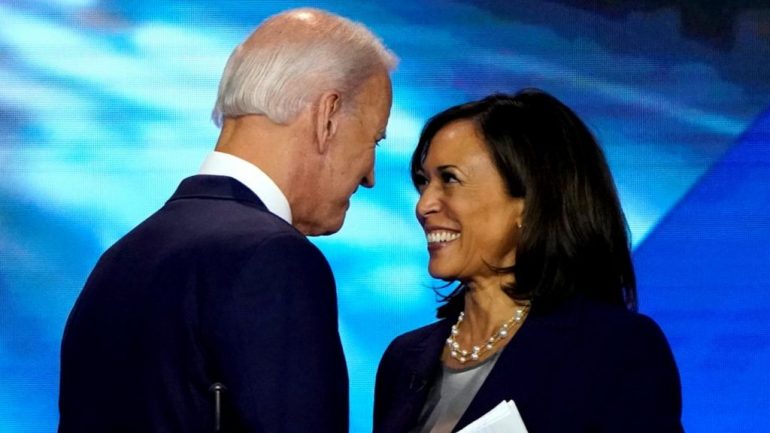 Kamala, a lawyer as well, was born in Oakland, California, to two immigrant parents: an Indian-born mother and Jamaican-born father, hence, her description as a woman of colour.

Joe Biden officially announced Harris as his pick this evening and speaking about her, he described her as “a fearless fighter for the little guy, and one of the country’s finest public servants“.

Back when Kamala was Attorney General, she worked closely with Beau. I watched as they took on the big banks, lifted up working people, and protected women and kids from abuse. I was proud then, and I'm proud now to have her as my partner in this campaign.

Former President Barrack Obama has also commented on Joe’s choice, saying in a press statement that Biden nailed his choice.

I’ve known Senator @KamalaHarris for a long time. She is more than prepared for the job. She’s spent her career defending our Constitution and fighting for folks who need a fair shake. This is a good day for our country. Now let’s go win this thing. pic.twitter.com/duJhFhWp6g

Breaking her silence after Joe’s announcement which is gaining wild attention on social media, the California Senator said “I’m honored to join him as our party’s nominee for Vice President, and do what it takes to make him our Commander-in-Chief.”

.@JoeBiden can unify the American people because he's spent his life fighting for us. And as president, he'll build an America that lives up to our ideals.

I'm honored to join him as our party's nominee for Vice President, and do what it takes to make him our Commander-in-Chief.

Should Donald Trump lose the November 3rd elections, Harris will become the first female vice president of the U.S because only two other women have been nominated as VP candidates – Sarah Palin by the Republican party in 2008 and Geraldine Ferraro by the Democrats in 1984 but neither made it to the White House.

Kamala was among the US senators who wore a stole of Kente over their outfits to protest the killing of George Floyd by police officers during a violent arrest.