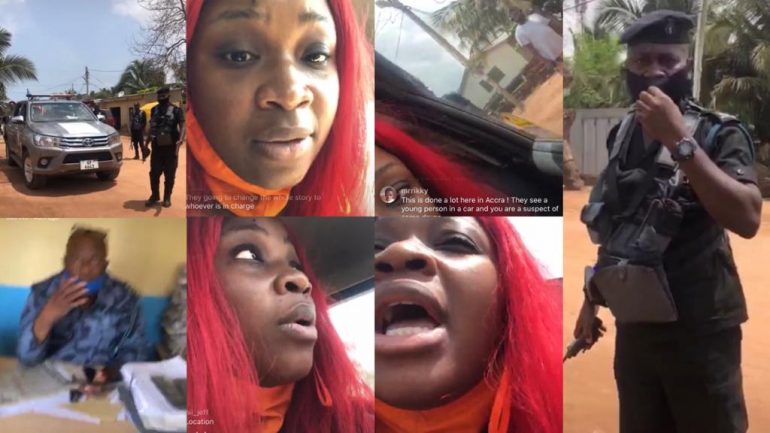 Ghanaian food blogger, known as Zubaida, has landed herself in trouble with some Ghanaian police officers who were on patrol.

In a confrontation recorded during an Instagram live broadcast, Zubaida refused to allow the police officers to search her in an Uber she was commuting in, adding that the officers are only acting so because she is a girl. 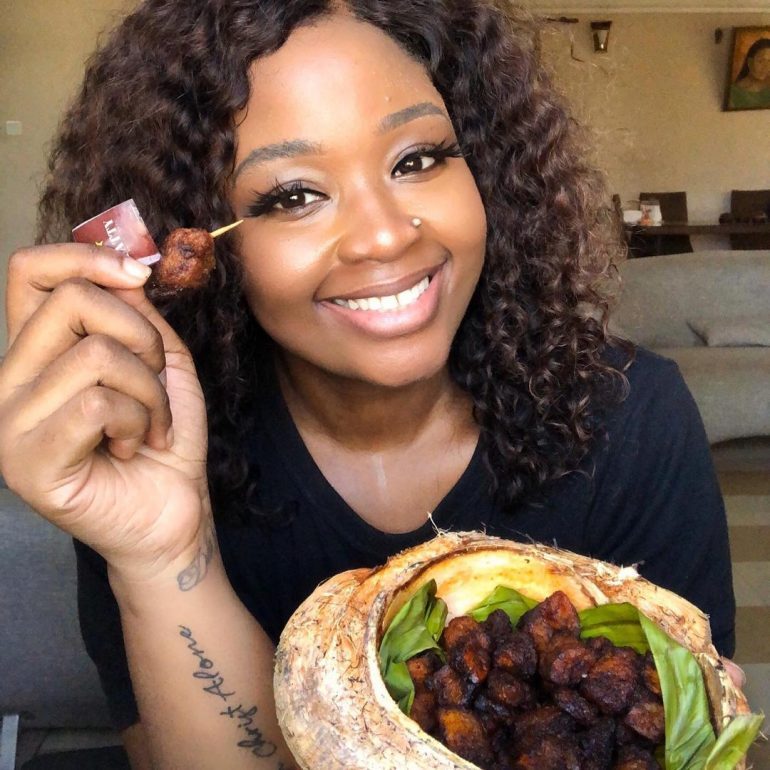 According to the Twitter outspoken food blogger, the police officers have no ‘warrant’ to search her and she knows her right,  therefore, she resisted the search in a hot clash with the officers who later dragged her to a police station nearby.

ALSO: Her Son Was Found Asleep On Their Boat; How Hollywood Actress Naya Rivera Died After Drowning

The live broadcast abruptly ended when the officers ordered her to immediately stop the recording when she arrived in the office of the IGP. Zubaidah informed her viewers that she was at the Kokrobite Police Station.  Watch the video below.

UPDATE: 15:04 – Zubaidah  says she’s fine according to a new tweet from her, see it below. 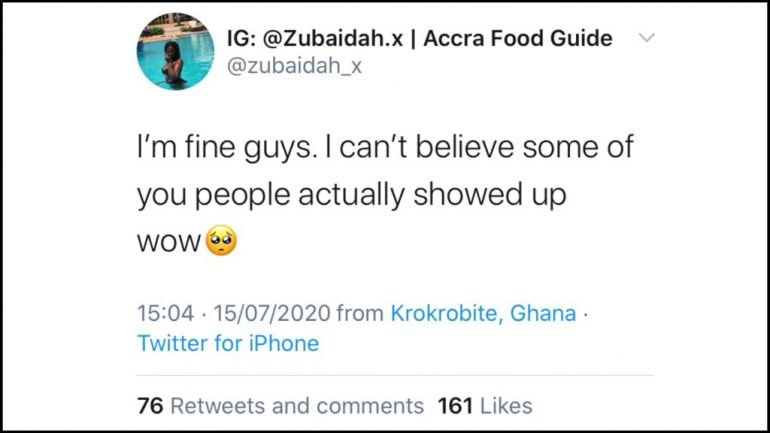