US Attorney’s Office for the Central District of California has confirmed the arrival of Hushpuppi in the U.S following his extradition from Dubai after his arrest.

The US attorney released details of Hushpuppi’s criminal activities worth up to $500 million. In the official report, he was allegedly set on the radar after defrauding a New York law firm of $922,857.

It’s also mentioned that the Nigerian scammer attempted to defraud an English Premier League club of $124 million. This means Hushpuppi’s criminal activities span across Europe, the UK and the USA.

He is expected to be transferred to Los Angeles where he will be tried for his many financial crimes and according to official U.S Attorney document listing his charges, he may face up to 20 years in jail if convicted.  Read the full report. 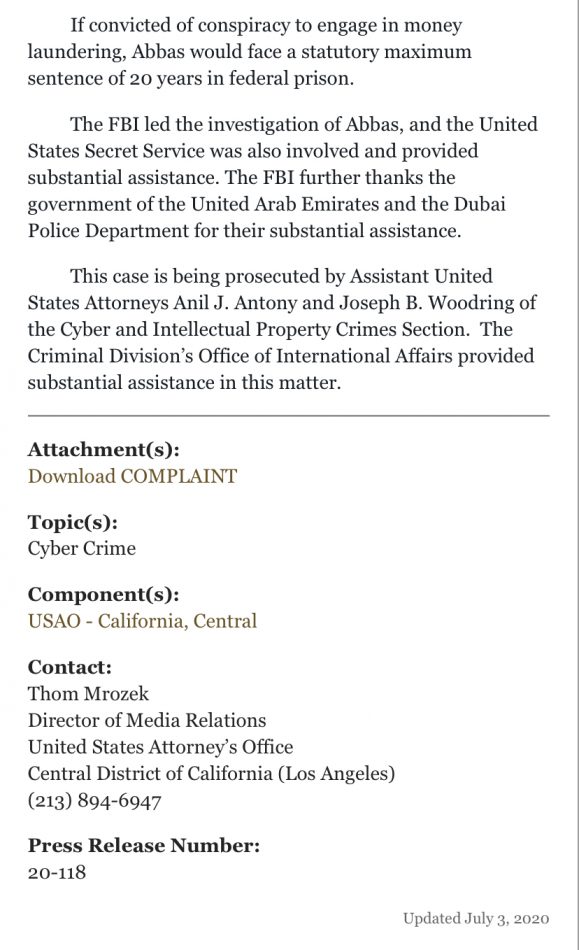