We predict the Black Stars’ likely starting XI for their pre-World Cup test game against La Roja on Tuesday. 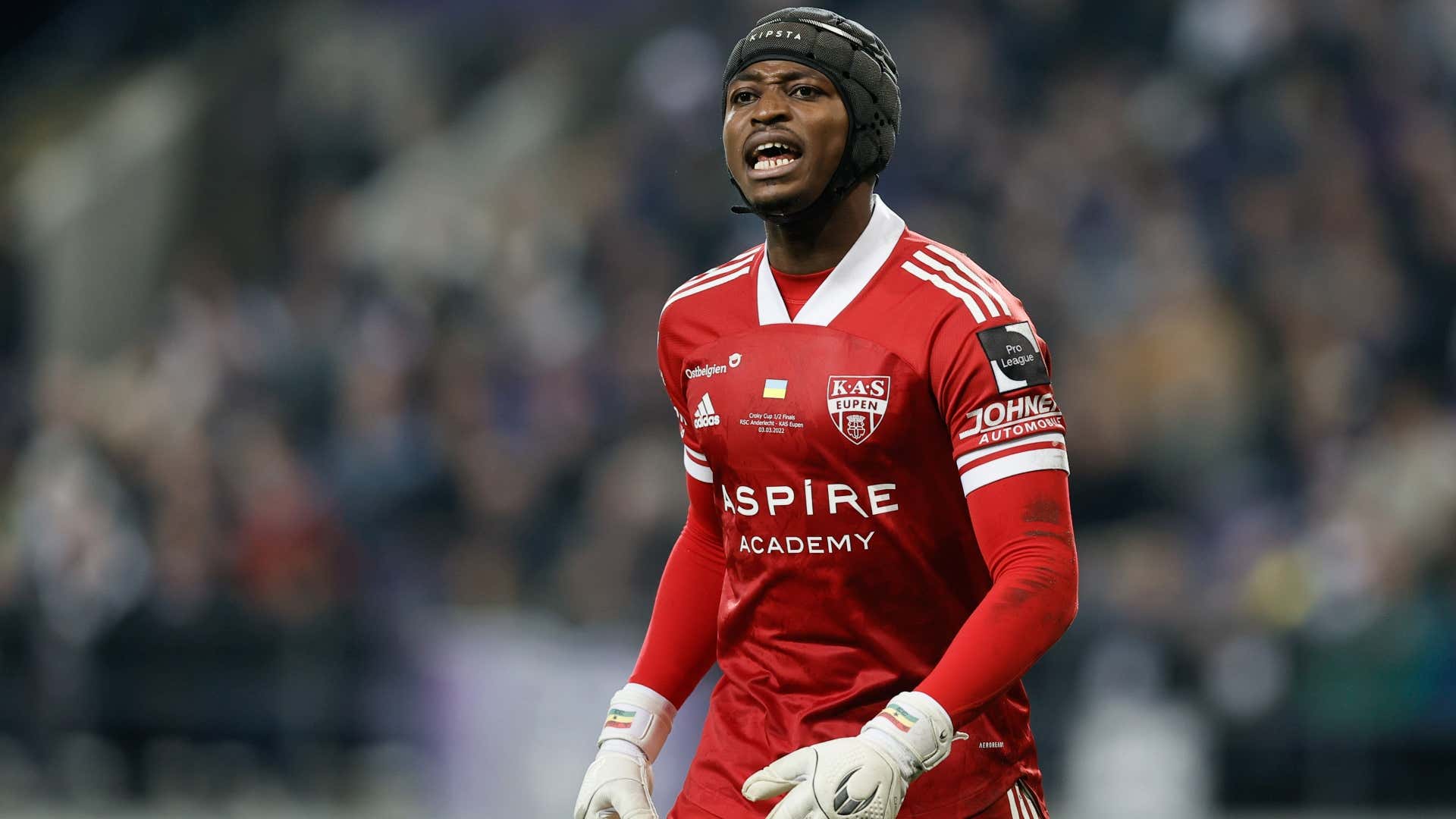 GOALKEEPER – Abdul Manaf Nurudeen
The only of three goalkeepers called up for the June round of internationals yet to feature in a game, it will not be surprising to see the KAS Eupen shot-stopper get his turn of action in Tuesday’s last fixture against Chile at the 2022 Kirin Cup. 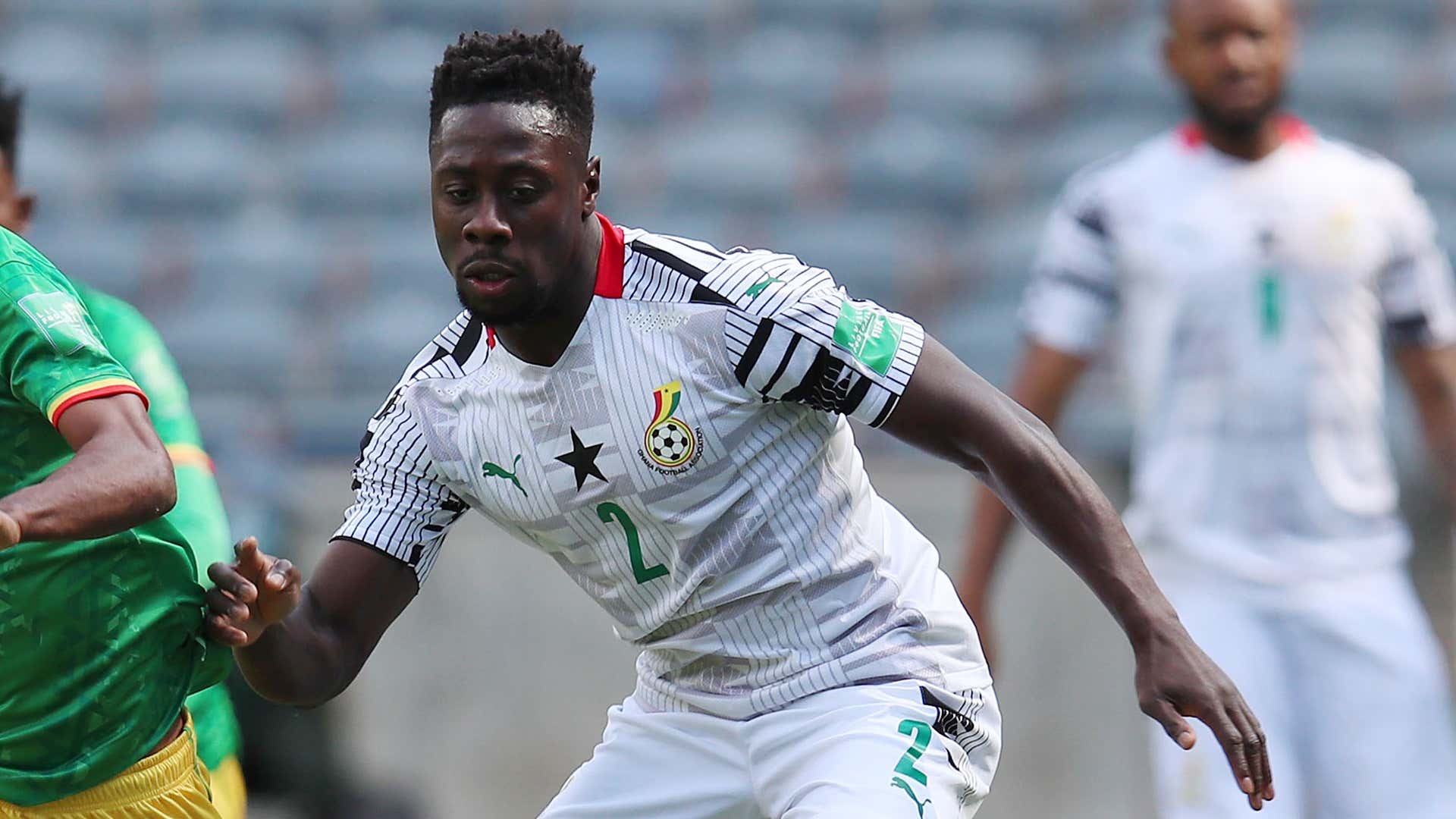 RIGHT-BACK – Andy Yiadom
In the absence of first-choice Denis Odoi, Yiadom is expected to get another run-out as he did in Friday’s 4-1 loss to Japan. 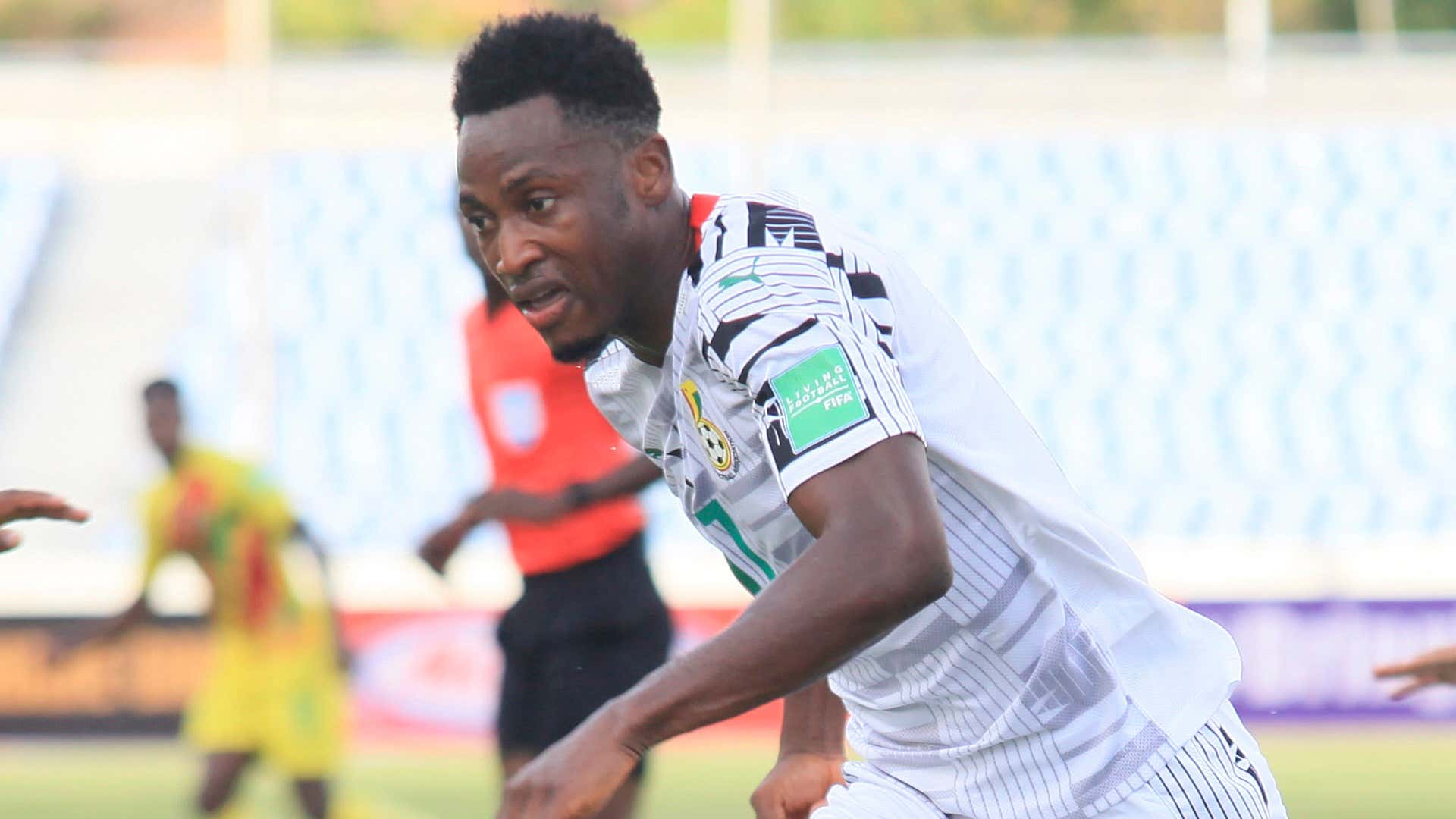 LEFT-BACK – Baba Rahman
Baba mysteriously sat out the Japan defeat but is likely to take over the left-back spot from Hearts of Oak’s Dennis Korsah who played in the role in the last game. 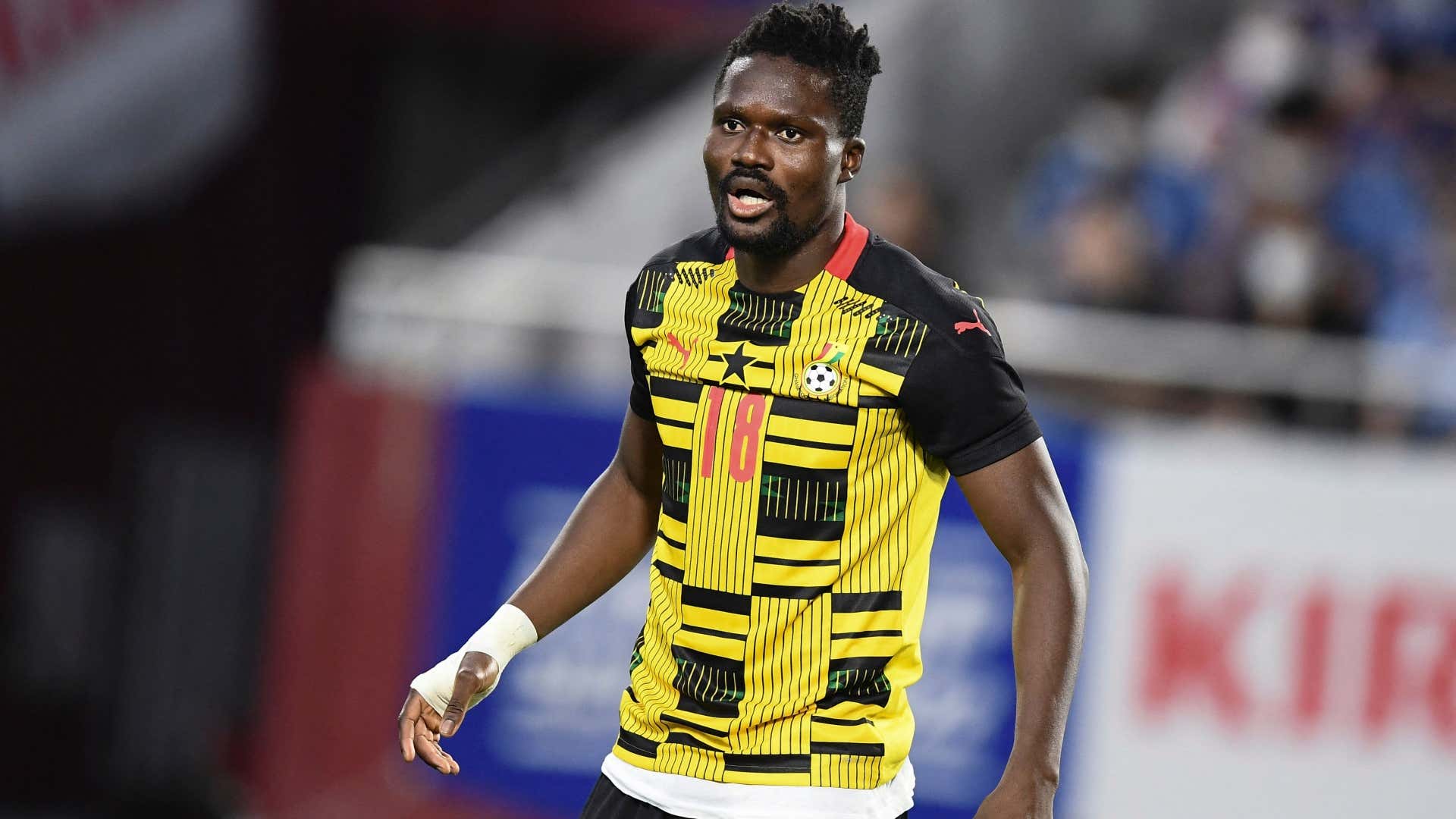 CENTRAL DEFENDER – Daniel Amartey
Ghana’s defence looked disorganised in the last match, and should they have better fortunes against Chile, Leicester City ace Amartey will be expected to bring his experience and leadership to bear more than he did against Samurai Blue. 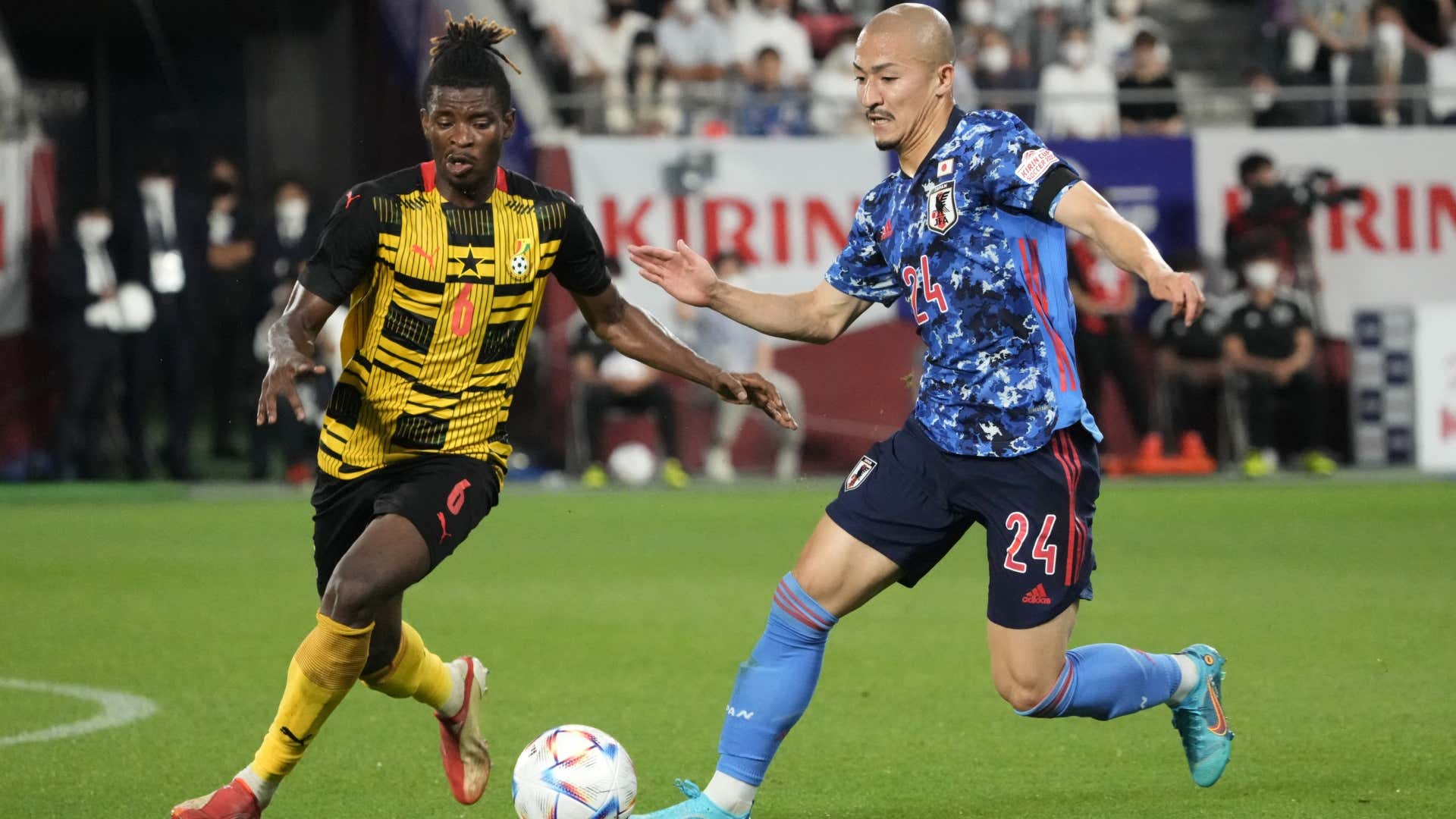 DEFENSIVE MIDFIELDER – Edmund Addo
With the exception of Amartey, Ghana, for some reason, are without any other recognised first team centre-back for the Kirin Cup, a situation likely to see Sheriff Tiraspol midfield Addo play again at centre-back. 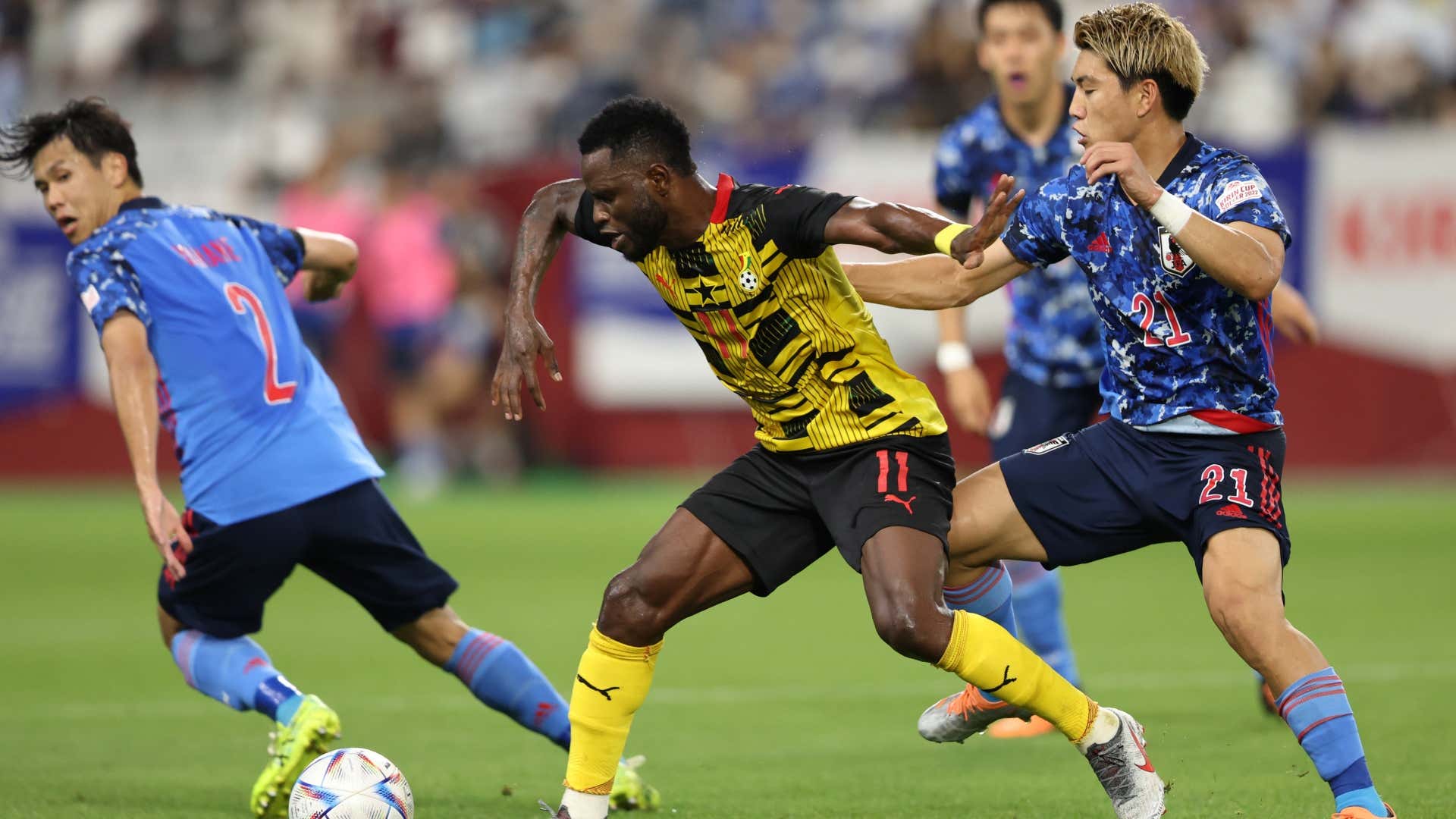 DEFENSIVE MIDFIELDER – Mubarak Wakaso
The China-based midfielder had a mare against Japan but with the Black Stars still depleted in the position at the cup competition, Wakaso is likely to have another chance to make amends for Friday’s poor show. 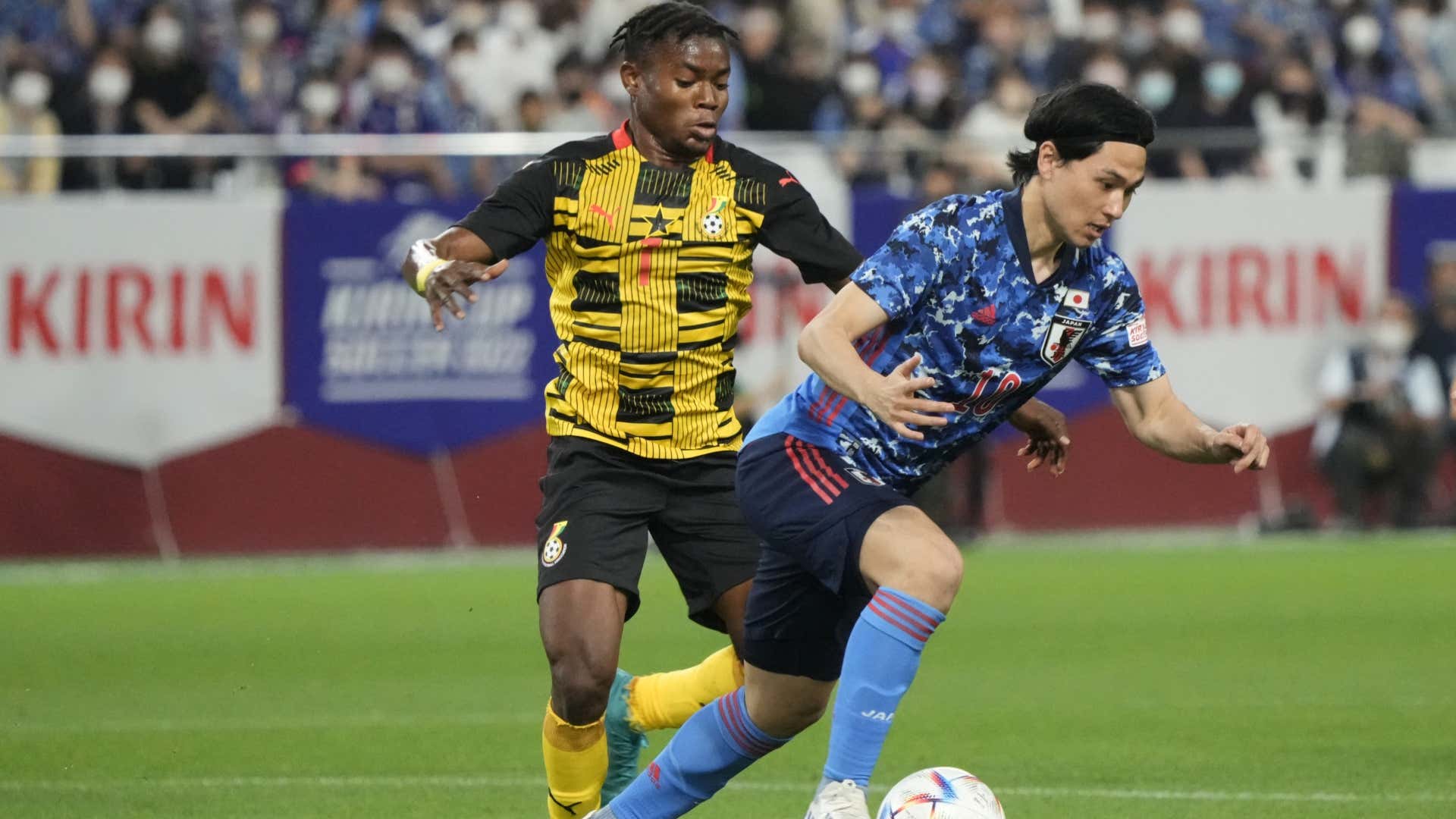 CENTRAL MIDFIELDER – Abdul Fatawu Issahaku
Having failed to impress at right wing for the Black Stars, the Sporting Club youngster was introduced in central midfield in the last game, and after a decent cameo, it will not be surprising to see the 18-year-old start in the role this time around as Ghana coach Otto Addo tries to find his best position in the national set-up. 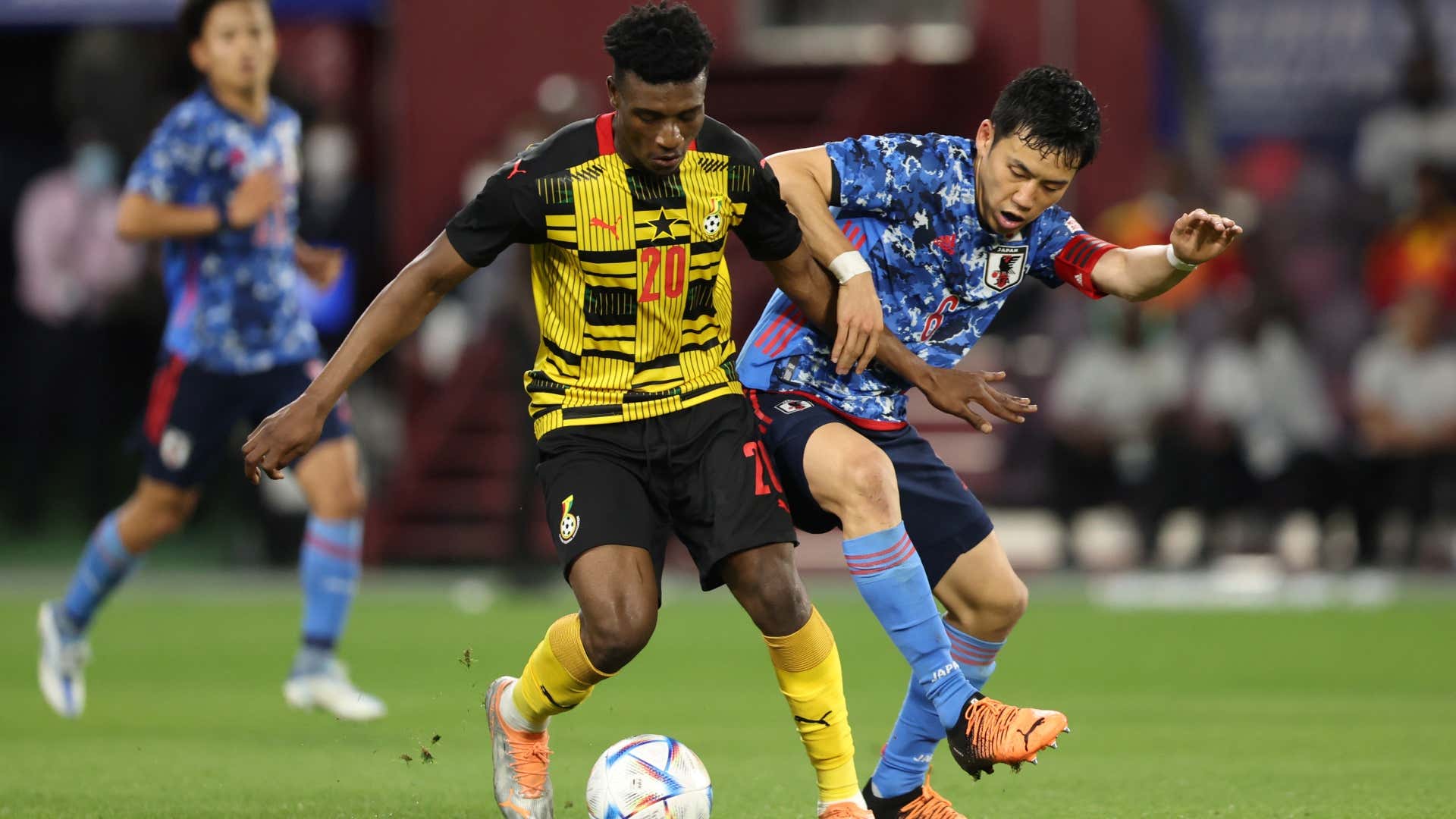 ATTACKING MIDFIELDER – Mohammed Kudus
The Ajax star has been Ghana’s hottest player in the June round of internationals, and is, thus, expected to start again as he did in the previous three matches. 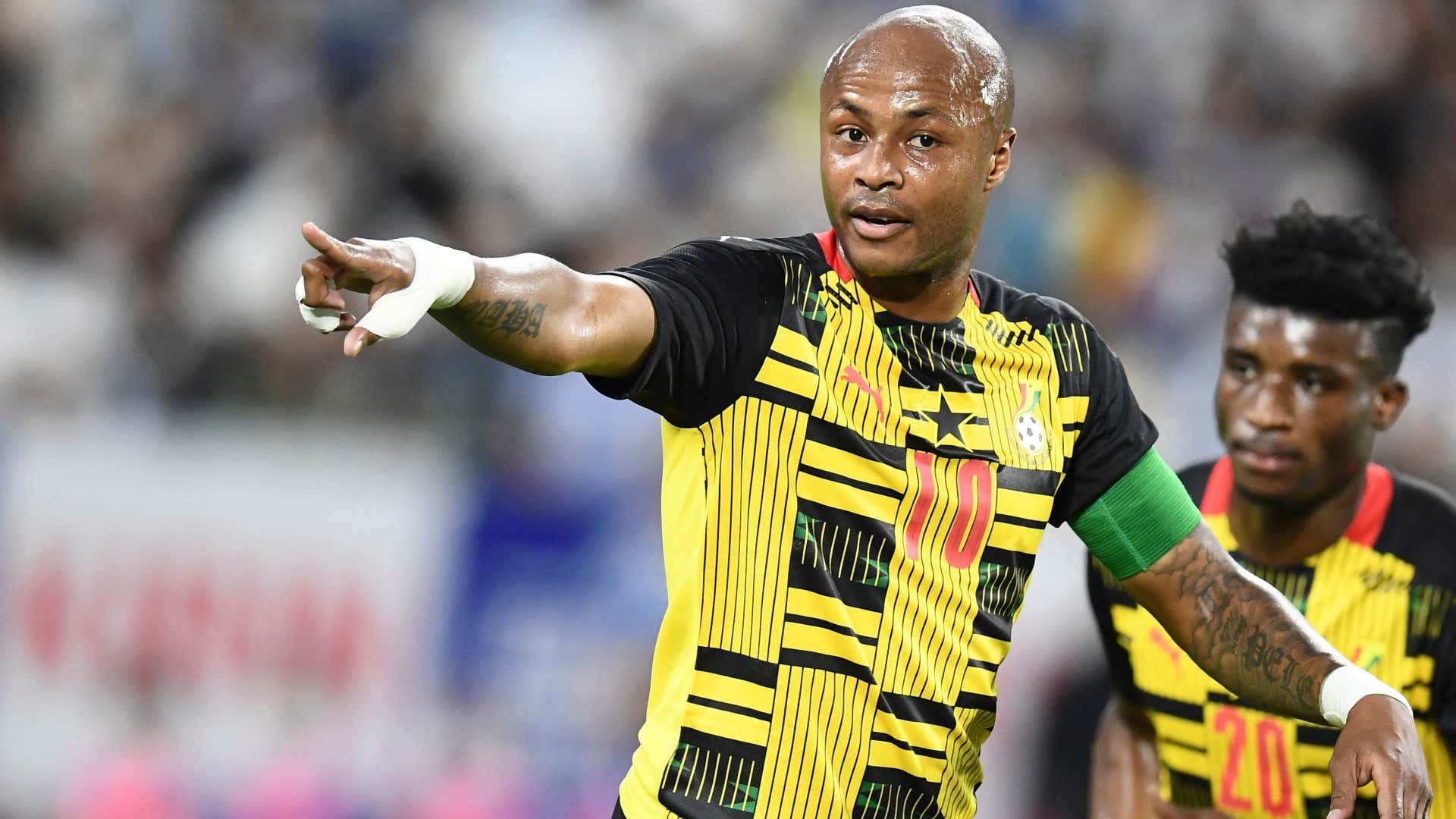 RIGHT WINGER – Andre Ayew
Andre played in a front-two against Japan but a likely tactical switch from a back three to four may see him deployed on the right flank. 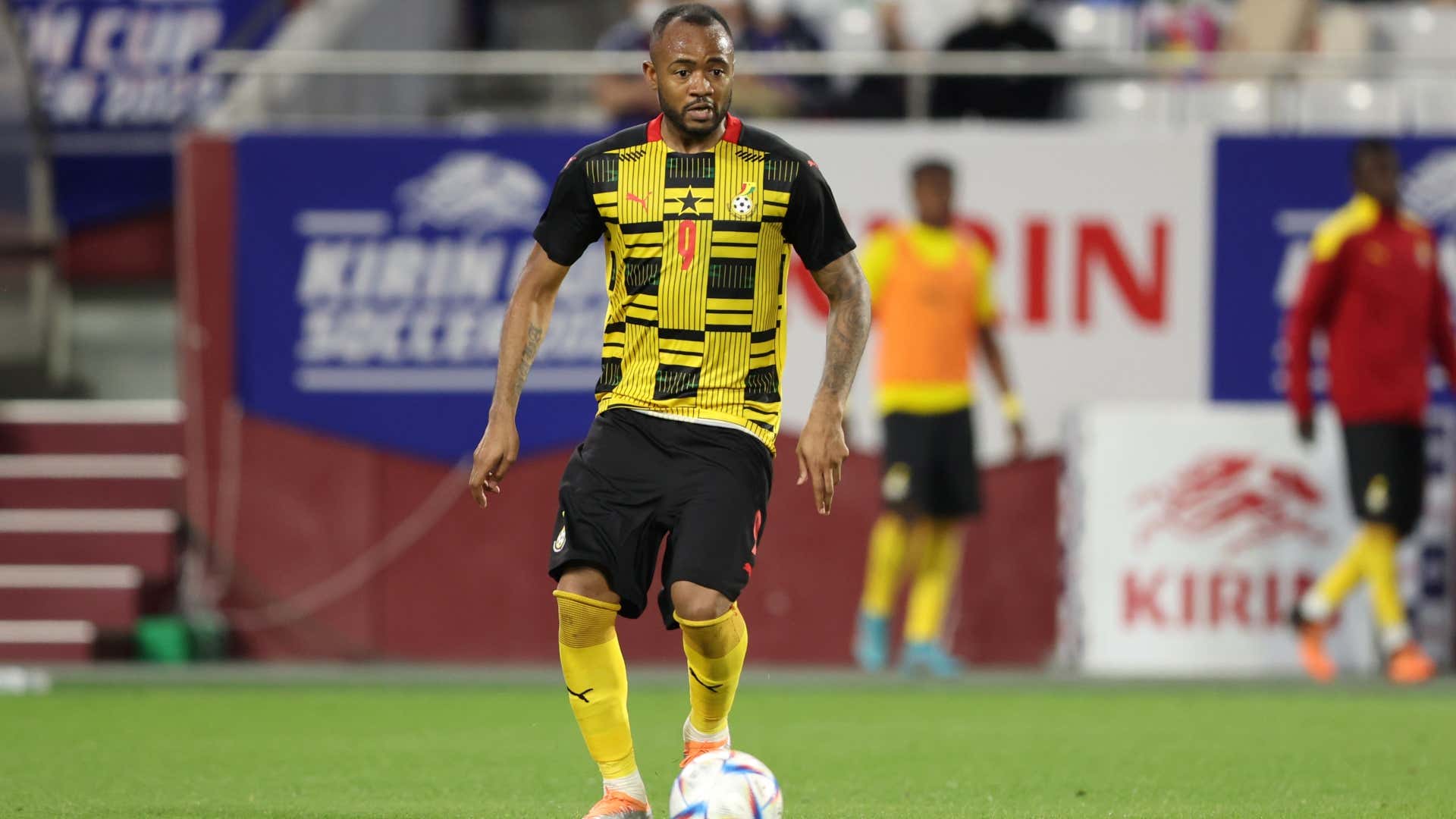 LEFT FORWARD – Jordan Ayew
The Crystal Palace striker netted Ghana’s consolation against Samurai Blue, and will be expected to be rewarded with another starting spot by Addo.

CENTRE FORWARD – Felix Afena-Gyan
The Roma starlet started the last game from the bench but should Addo revert to a target man instead of a front-two against Chile, Afena-Gyan will likely make a return into the first XI.