There’s been a lot of buzz on social media after the first lady has announced that she will refund allowances paid her since 2017 which is worth GHc 899,097,84.

She announced this yesterday amidst backlash from the public over the government commencing an initiative to put First Lady Rebecca Akufo-Addo and Second Lady Samira Bawumia on salary for being wives of Ghana’s President and Vice respectively.

In a press release, Rebecca Akufo-Addo expressed how distasteful and extremely negative the comments were. According to her, the negative reactions were seeking to portray her as a venal, self-serving, self-centred woman who does not care about the plight of the ordinary Ghanaian.

Hence, her decision to reject the salary proposal by the Emoluments committee to put her on the same salary with the same pay grade as Cabinet Ministers.

Samira Bawumia has also announced that she will also refund her allowance and not take the salary.

Social media, as expected, reacted to the whole issue. It was a mixed bag of emotions and a variety of opinions pertaining to the first lady’s decision. Here are some reactions from social media users. 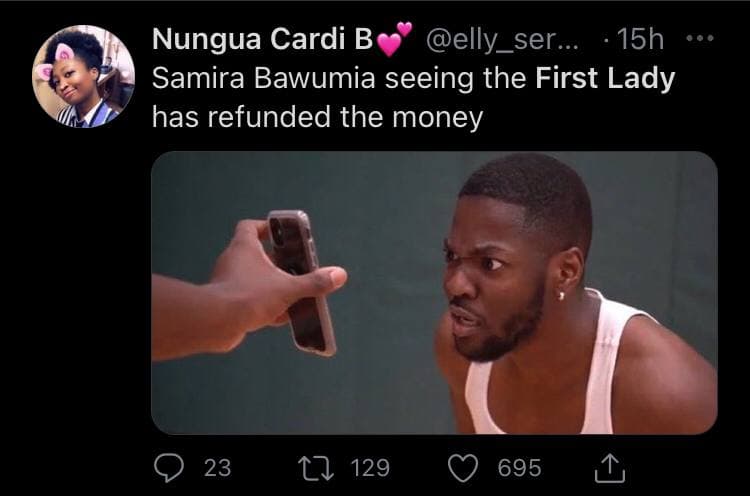 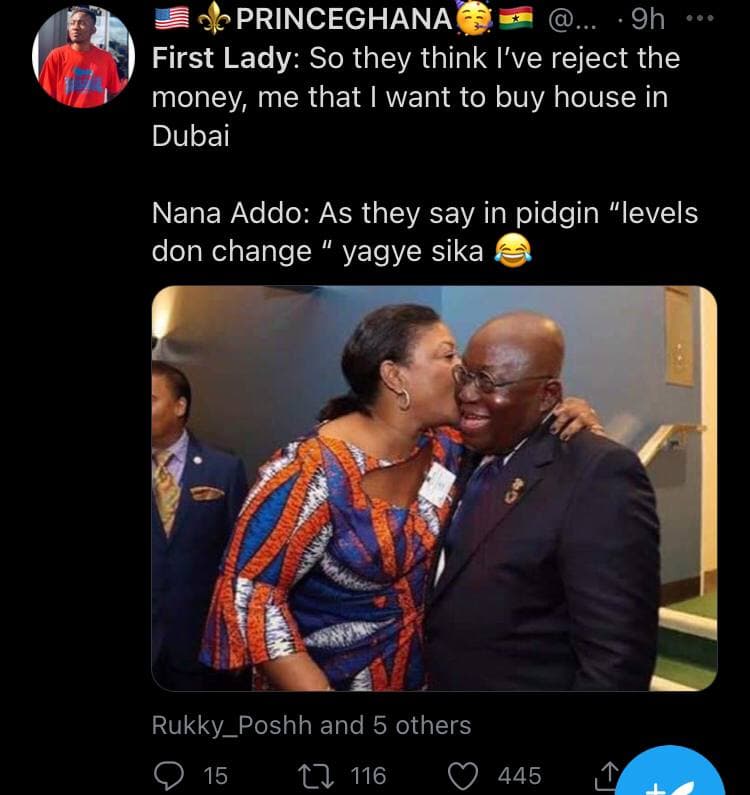