News in town has it that actress and presenter Nana Ama McBrown has given birth to her second baby in Canada.

The rumours of the pregnancy started spreading around December of last year and her constant absence from the TV screens sort of confirmed the rumours of her pregnancy and childbirth.

But did you know that a Gospel musician once prayed and prophesied that she was going to give birth in 2022?

Veteran Ghanaian Gospel musician Helena Rhabbles around March 2021 was hosted by Nana Ama McBrown on the United Showbiz show together with other notable names in the gospel industry.

Helena Rhabbles prayed for Nana Ama McBrown that night and predicted that she would give birth to her second child by the same time the following year.

The child will be a son, according to the renowned gospel artist.

Watch footage from that day’s programme below.

The rumours are that the Nana Ama McBrown has given birth but she is yet to officially say anything about the rumours.

DaBaby Visits Nigeria, Hangs Out With Davido And Fans 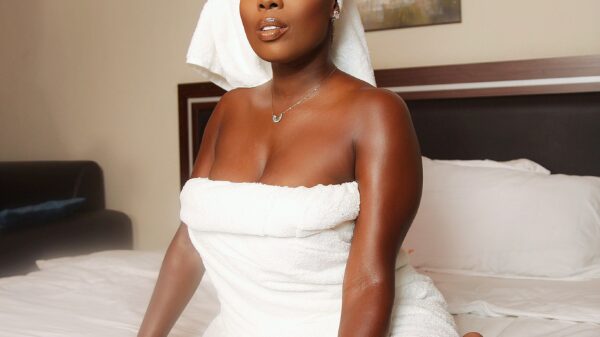