Former Special Prosecutor, Martin Amidu has labelled Kennedy Agyapong as a liar and dared him to drop evidence of claims he made about him.

Martin Amidu shockingly resigned from his post three days ago and over multiple reasons, including one that the President is interfering in his investigative work about the ‘corrupt and fraudulent’ Agyapa Royalties deal.

ALSO: It Is Curse From God; Pete Edochie Talks About COVID-19, Homosexuality And More

The government in responses has denied his claims. Speaking to the 9-paged reply from the Presidency, Martin Amidu his warning the governing New Patriotic Party (NPP) against provoking him into speaking publicly about issues surrounding his resignation.

“I have said that I was not going to talk to the press since my resignation. I’m being pushed by so-called responses to me which contain blatant falsehood. But I do not want anybody to blame me when I speak out and it becomes unpalatable. So, either the attacks stop or I’ll defend my integrity. It is something I won by dint of hard work from PNDC till date. So I will not allow anybody, not even the President, to pull that integrity into the mud,” he said in a Citi FM interview. 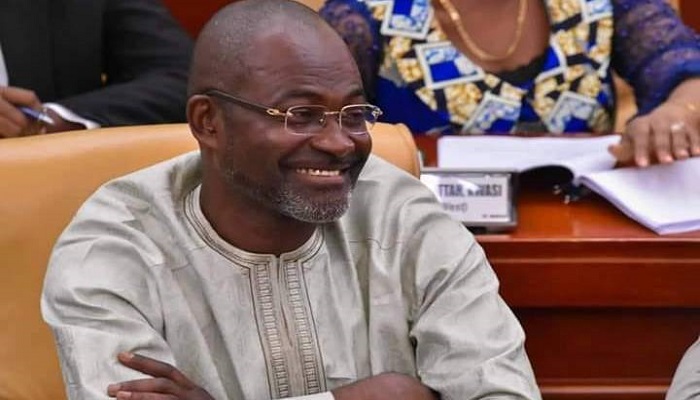 The former Attorney General also addressed Kennedy Agyapong who claimed that he has documents of Martin’s health records which shows he has a mental condition and has been to a hospital in Germany to received treatment.

In a press release, he said the claim is an attempt to divert attention from the corrupt Agyapa deal, emphasizing that “making false and frivolous allegations against my person will fail because truth shall always triumph over falsehood”. 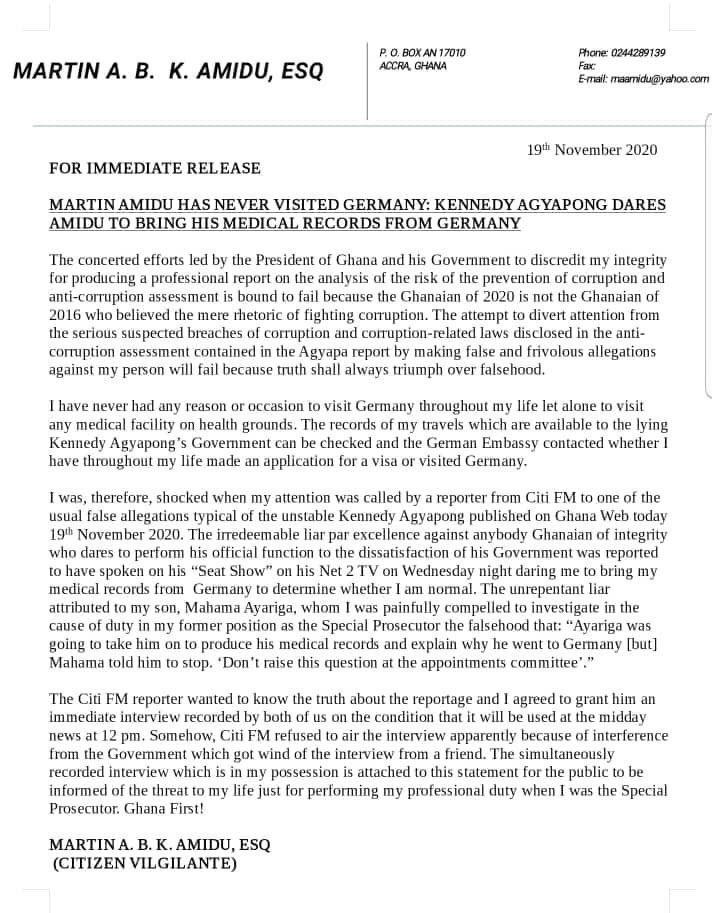 Further responding to the Assin Central MP’s assertion on Net 2 TV, he described him as someone who is known for telling to defame his opponents.

Speaking to Umaru Sanda, he said “Kennedy Agyapong is known in Ghana as someone who spews lies at any person of integrity who tries to fight corruption. So I am not surprised that he stooped that low to make accusations without any foundation.”

“I have never been to Germany on any occasion and let alone for a medical check, therefore, his allegations are false. And if he has any document to the contrary, he should produce them because my passports are available as evidence.”

Mr Amidu further alleged in the audio below that there have been threats on his life and property, saying, President Akufo-Addo should be held responsible if he is harmed.