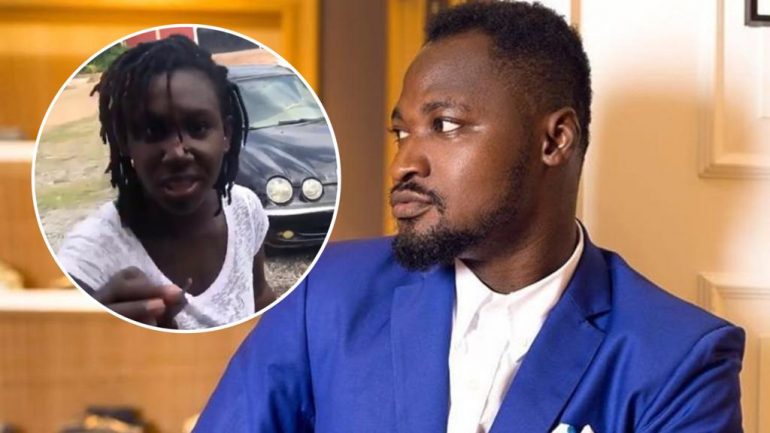 Mother of Funny Face’s twin babies has broken her silence on the allegations by the actor.

The separation between the two took a more dramatic turn this week after Funny Face called out a former Peace FM presenter, Maame Yeboah Asiedu, for negatively influencing his baby mama to wreck their home.

ALSO: ‘I’ve Repented’ – Akuapem Poloo Gives Up On Going Naked For Clout As She Battles Case In Court [Watch]

According to him, Vanessa, his baby mama, also subjected him to domestic violence at countless times when they were living together, to this, he dropped snippets of videos to support his claim.

However, Vanessa has broken her silence over the accusations in an interview seen by FameBugs. According to her Funny Face has temper issues and that resulted to them fighting multiple times but she endured it because of their children.

In her narration, she said there was a time Funny Face even shot his dog over claims that she (Vanessa) was giving the dog too much attention.

She also claimed that the actor threatened her life by firing gunshots in the house and warned her not come close to him, else he will kill her.

Vanessa granted the interview with her mother who also shared her worrying experiences with Funny Face. Watch the video below to hear it all form her.