According to Argentine newspaper Clarin, Maradona, who was still recovering after emergency brain surgery earlier this month, reportedly suffered a heart attack at his home Wednesday morning and was not able to pull through.

The soccer legend’s death has been confirmed by his longtime lawyer and agent Matias Morla. 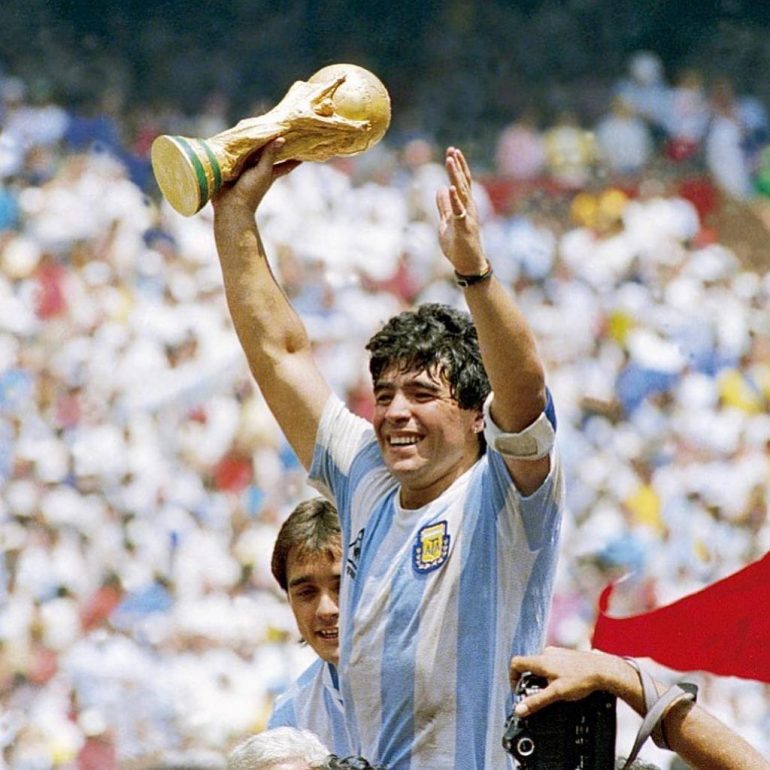 Before his death, the footballer who helped his country win the world cup in 1986 and narrowly lost in the final in 1990, was discharged from a hospital two weeks ago after he underwent surgery to remove a blood clot in his brain. 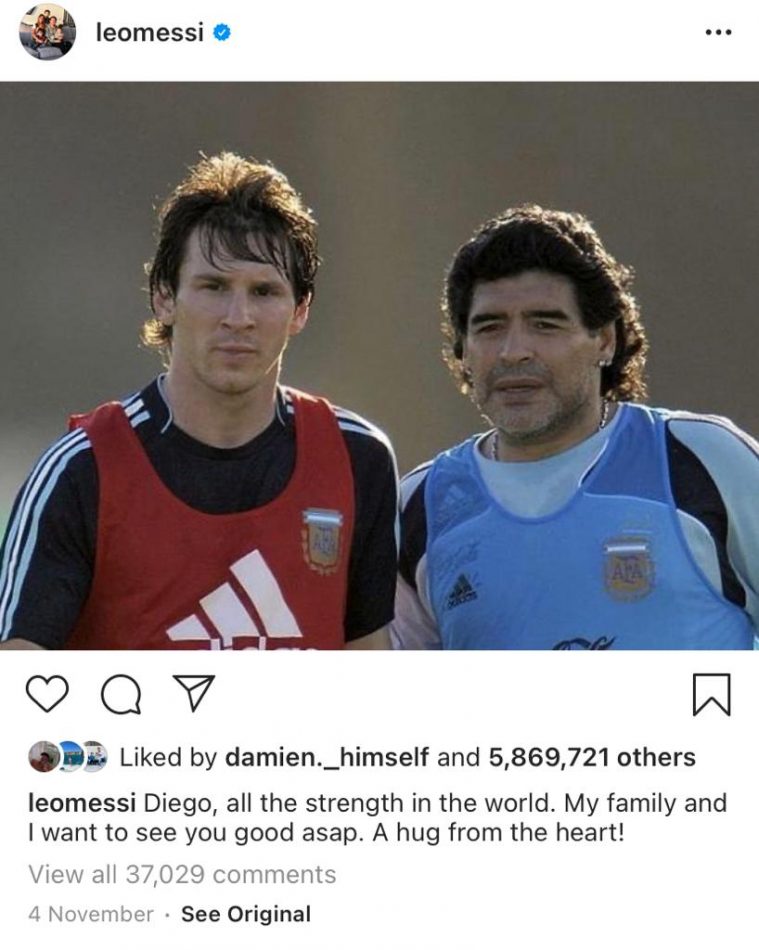 Maradona, who has been godfather to Messi his countryman, is regarded as one top soccer stars the world has ever seen. He played in 4 World Cups and scored an impressive 34 goals in 91 international appearances for Argentina.

He played club football for Boca Juniors, Napoli and Barcelona among others and was adored by millions all over the world for his brilliant skills and notoriety on the pitch.

One of his such moments was his infamous ‘hand of God’ incident wherein the video above, he scored a crucial goal with his hand that got England eliminated from the 1986 world cup.