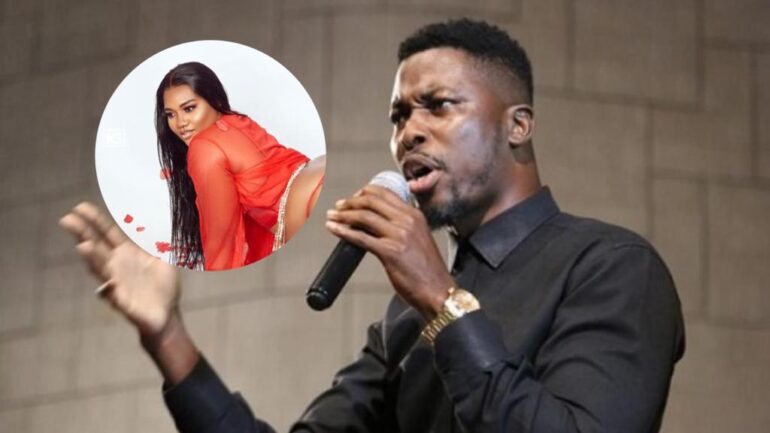 A Plus has descended Abena Korkor for mentioning his name in her latest post.

Out of nowhere, Abene Korkor decided to drag NPP’s Sammy Awuku again for sleeping with her but publicly denying it. In Abena’s recent post, she warned Sammy that lying over trivial matters like sleeping with her and making it look like she’s mad is going to make him lose opportunities.

She invited A Plus into her drama after saying that Sammy Awuku should even be careful how he entertains A Plus and other pawns around him because the musician turn politician is close to someone who wants his downfall so A Plus may plot something against him one.

ALSO: Nana Ama McBrown Opens Up On How Negative Comments About Her Husband Hurts Her

All these upset A Plus who says he wouldn’t pamper Abena Korkor to be naming and shaming people with the excuse of being a bipolar patient. “If you are bipolar, I am tripolar but I am wearing clothes … every day you claiming people sleep with you, are you the only one men sleep with?”

According to A Plus, Abena Korkor is a weed smoker and that is what has been causing her to act the way she acts. In the video below, he is advising Abena Korkor to, therefore, quit smoking and hit the gym to lose weight and stop fooling on social media else he will deal with her.

In this article:Featured, Ghana Celebrities