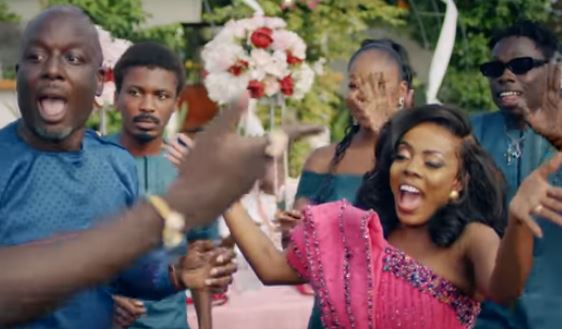 Kuami Eugene has released a new song titled ‘Open Gate’ and it comes with its official star-studded visuals.

The wedding-themed music video features Nana Aba Anamoah playing the role of a bride. Comic actor, Clemento Suarez, acted as an insider at Lynx Entertainment who misled Kuami Eugene to perform at Nana Aba’s wedding in a scandalous deal.

Other social media stars like SDK  and Made In Ghana also featured in the music video dropped today. ‘Open Gate’ comes as a single on Kuami upcoming ‘Son Of Africa’ album.  Watch the video below for how the wedding went down.