A church has reacted after a photo of two people laying on each other on the church’s altar went viral, with a minister and several church members reaching out their hands to them.

According to the reports that circulated with the picture, the couple had been trying for a child for ten years without success and when they went to the church for help, the minister asked them to have sex on the altar in front of members. 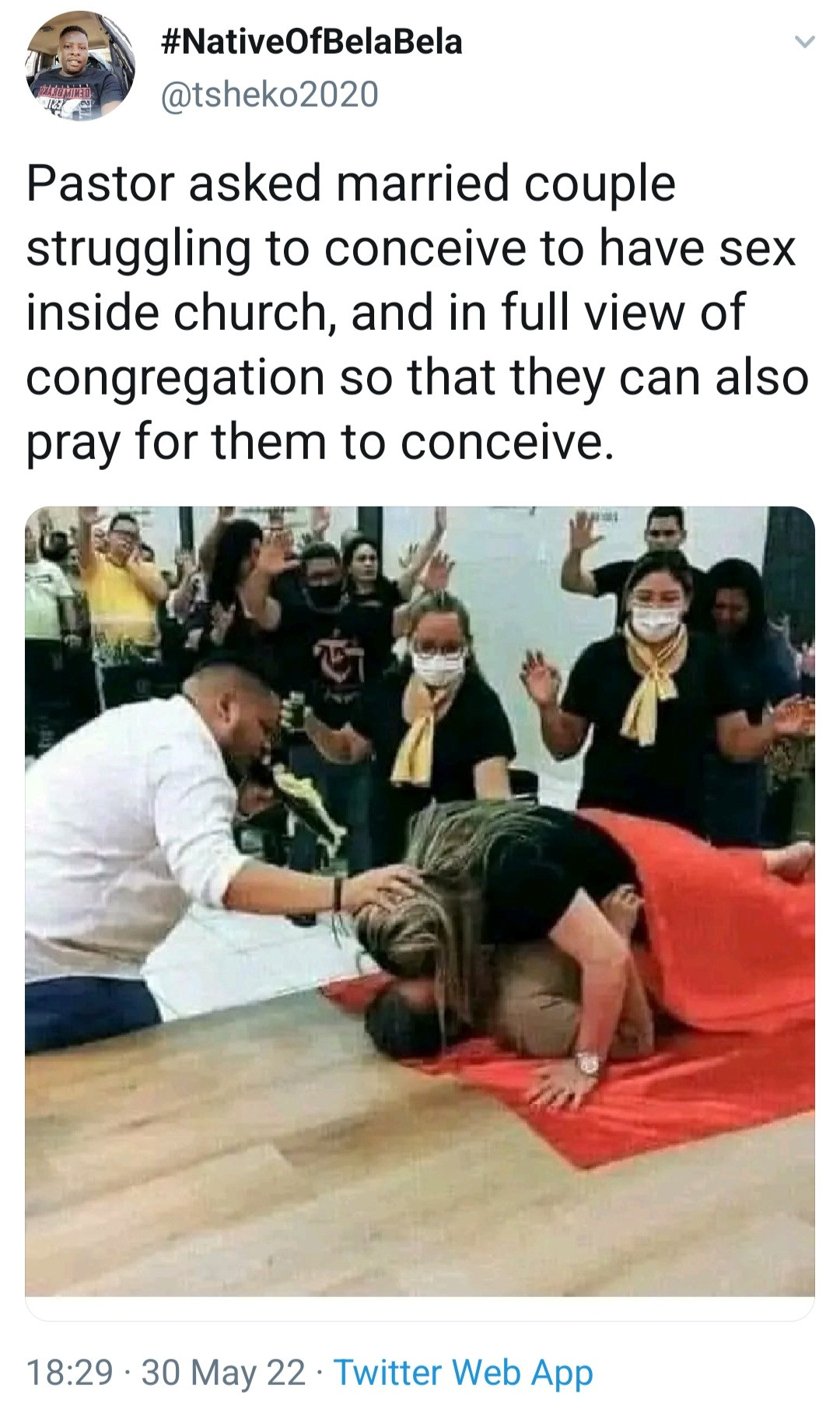 The photo caused outrage, with many giving their opinion on the matter. 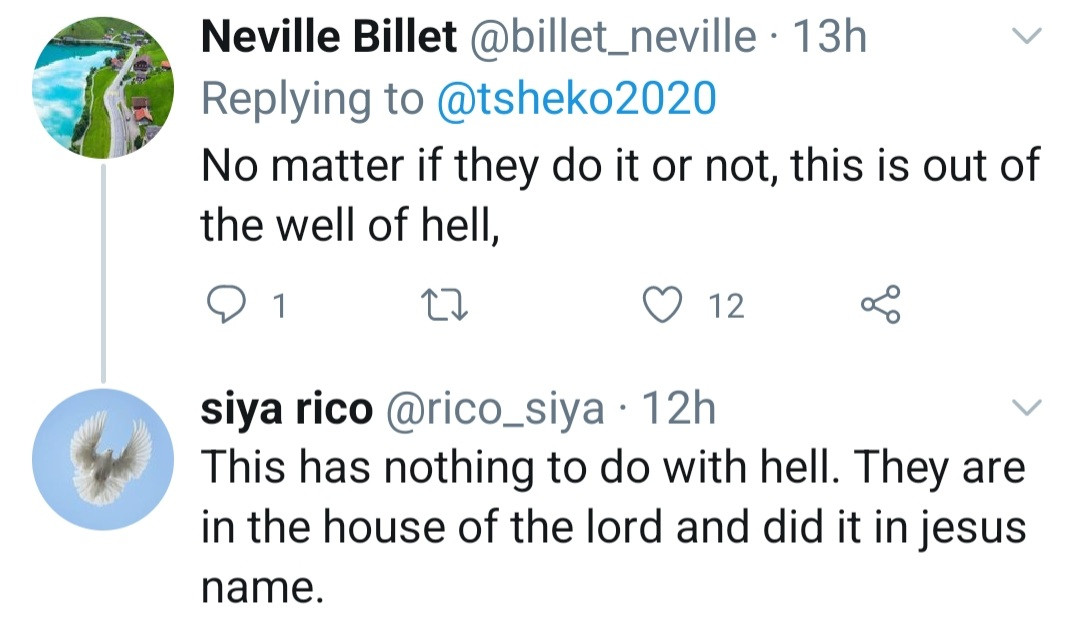 The Brazilian church has now responded.

According to the church, the photo depicted two women, not a man and a woman.

They added that the woman had arrived sick and fainted during service.

As a result, following the sermon, a pastor called the sick woman and “performed this prophetic act.”

The church claimed that having a female minister lay on top of the sick woman was inspired by a Bible passage in which Prophet Elisha lay on the body of a dead boy while praying to God to raise his spirit. 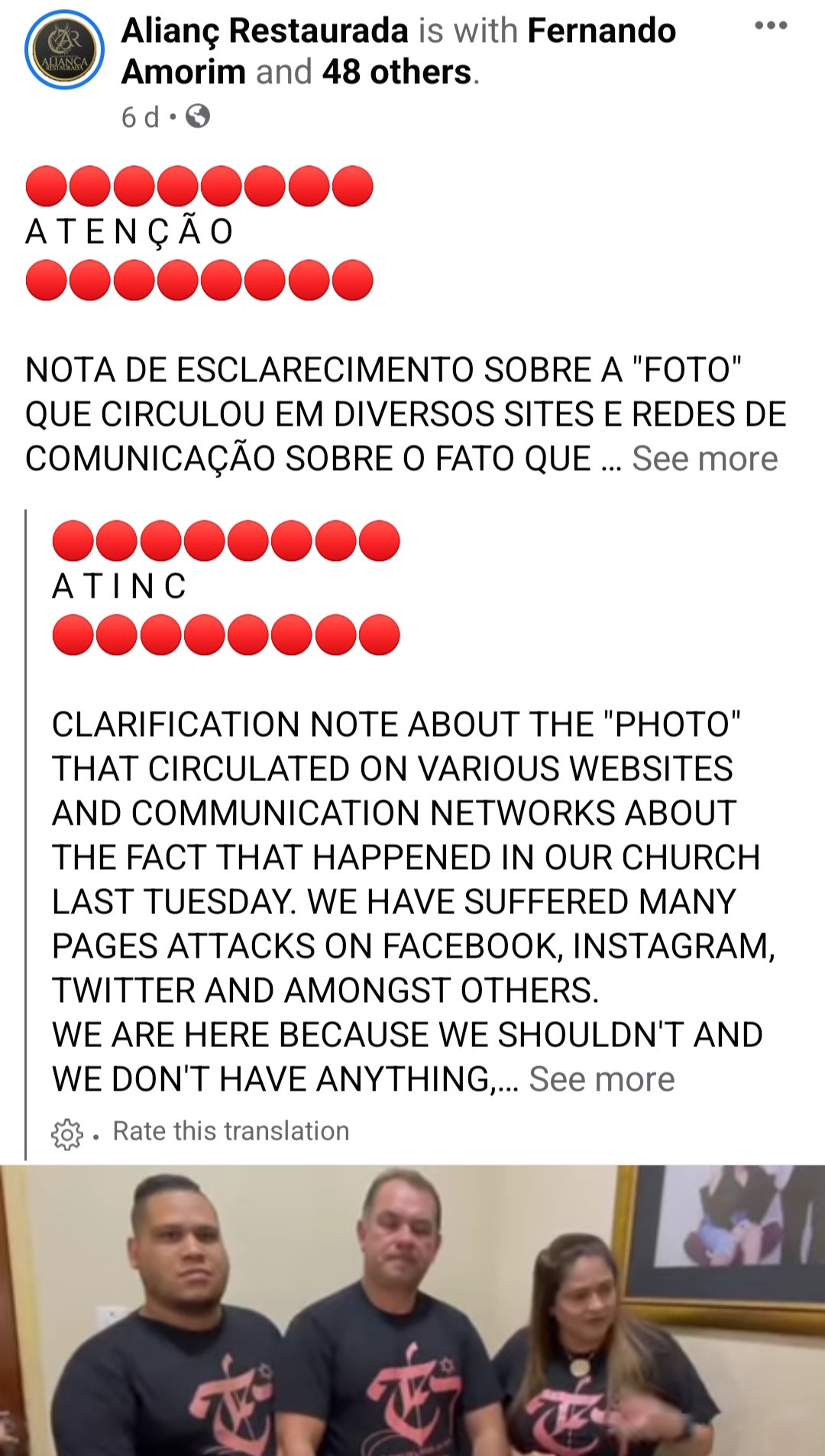 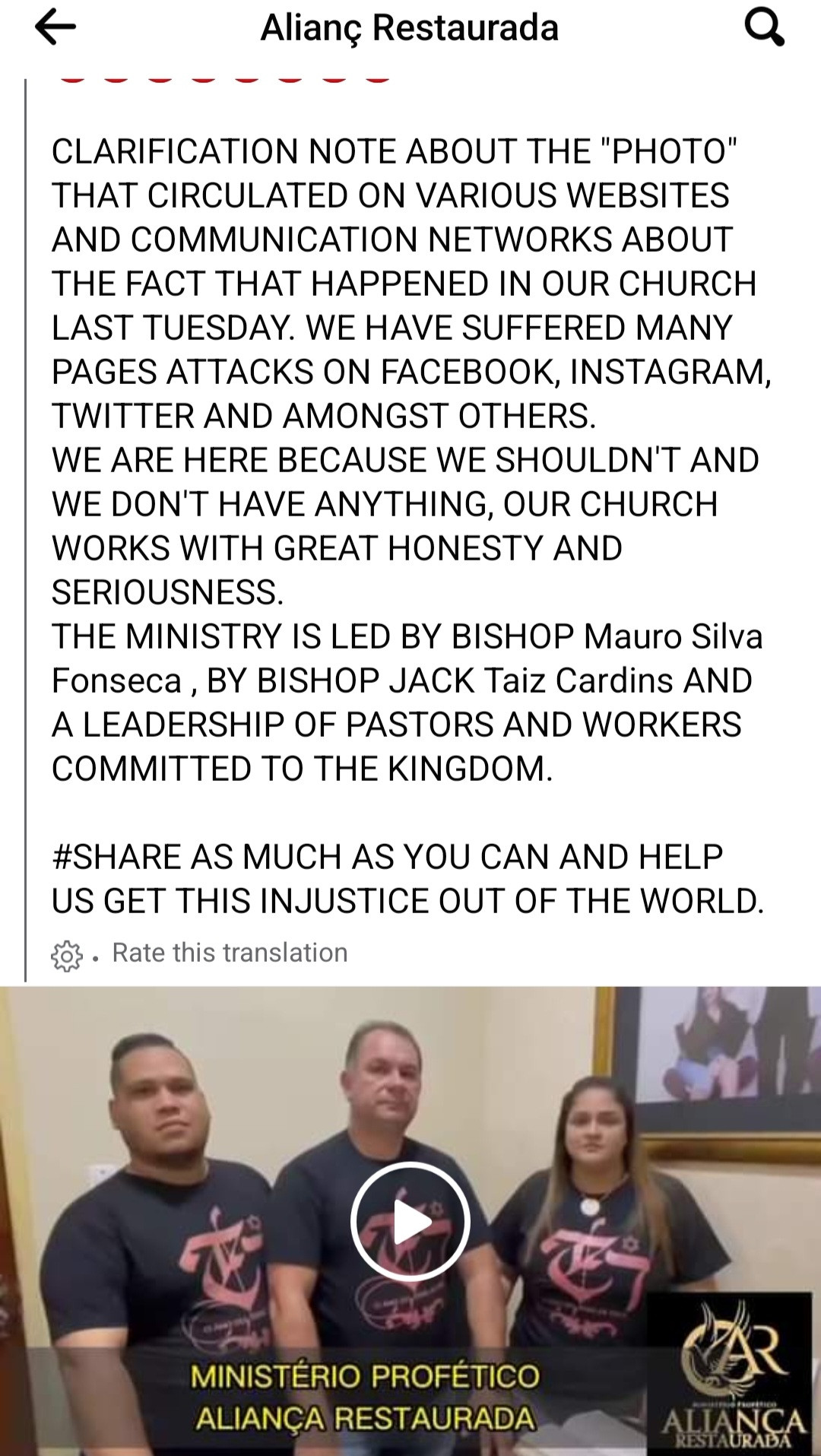 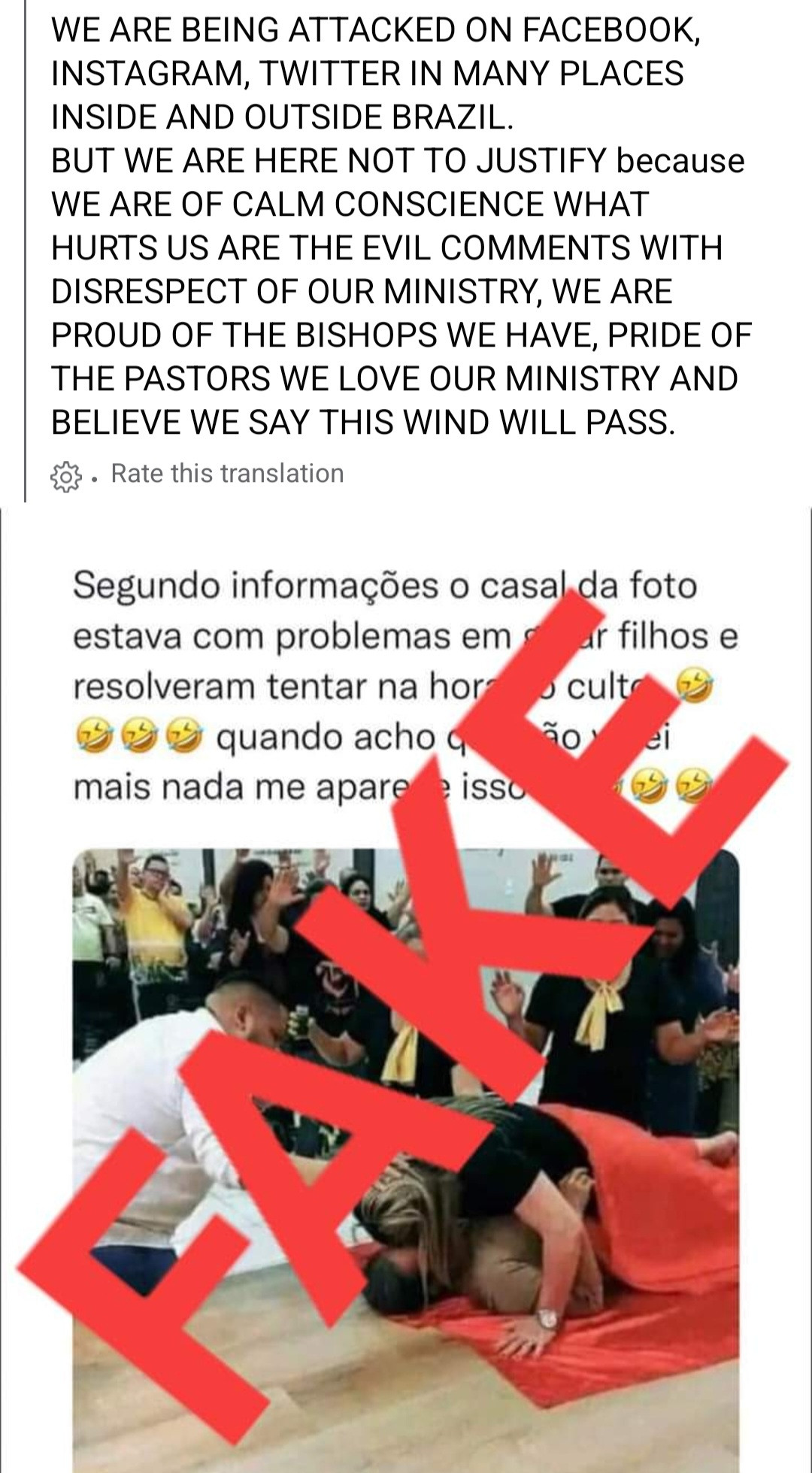 Many have gone on Facebook to declare support for the church and for its Minister — a woman who is quite popular as a religious leader in Brazil. 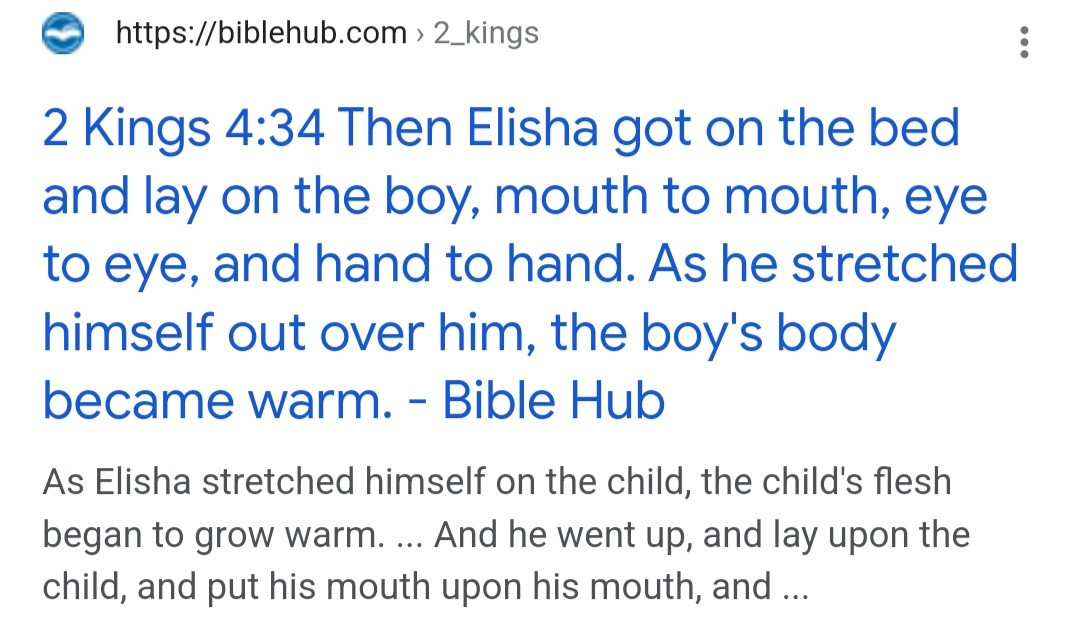 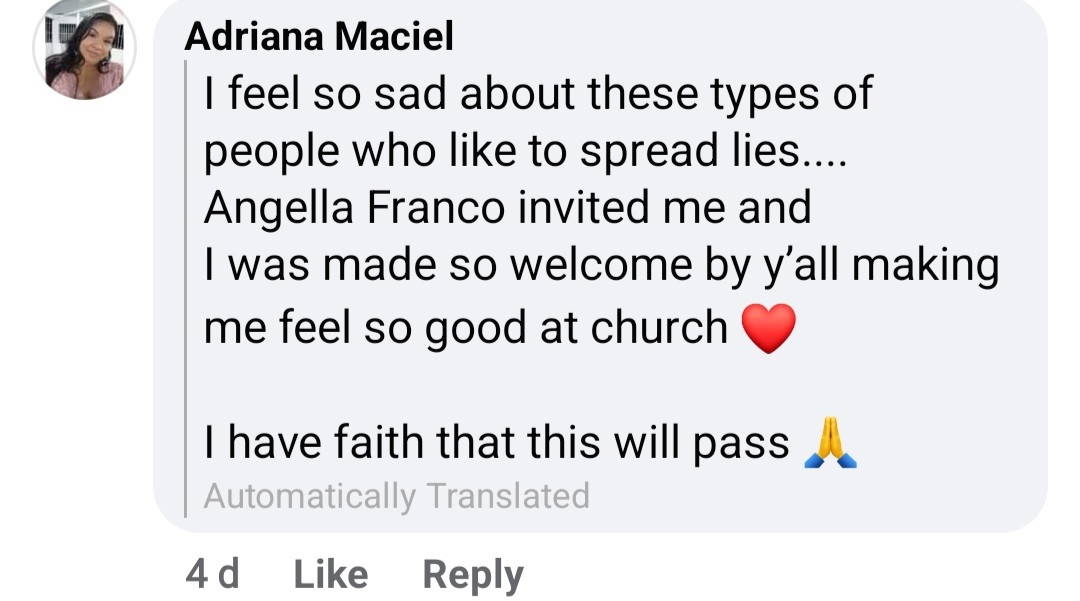 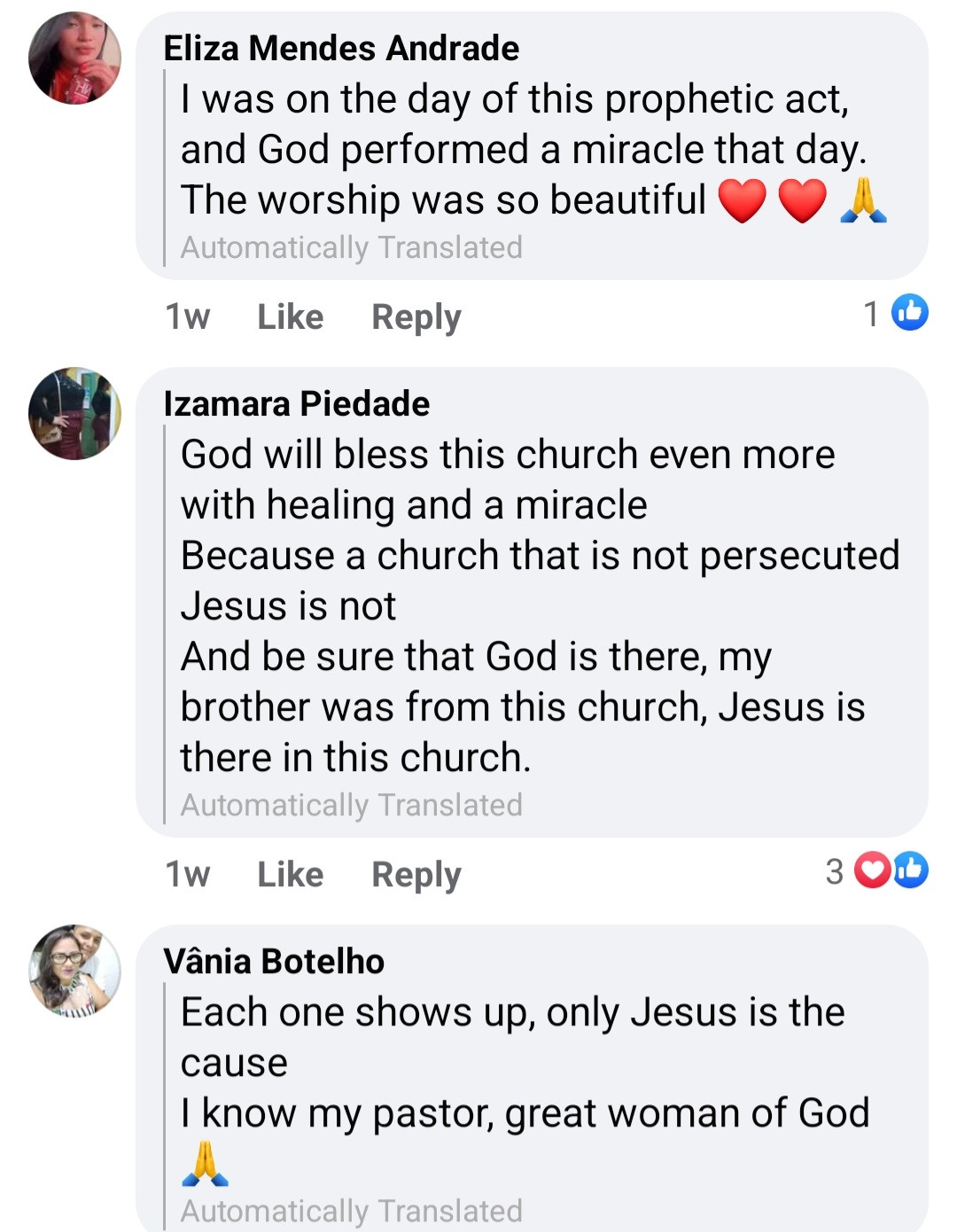