Ever since it was discovered that Beyonce shot the ‘Already’ video featuring Shatta Wale, it’s speculated that it means she was truly in Ghana to shoot the music video.

The speculation thickened when the America singer was speaking about her ‘Black Is King’ music film and said “it all started in my backyard, so from my house to Johannesburg, to Ghana, to London, to Belgium, to the Grand Canyon, it was truly a journey“. 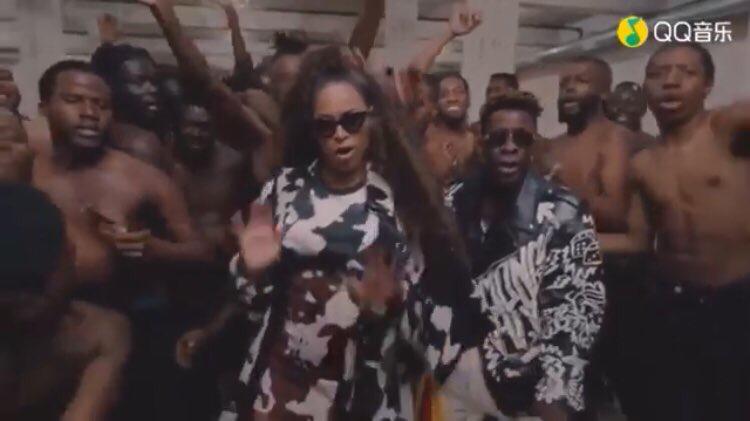 As it also plays out that Beyonce was only narrating the road map of the shooting of the film and not exactly her whereabouts, FameBugs has also chanced on a new post by Shatta Wale who detailed that he met the America singer in America for the video shoot.

ALSO: Kyeiwaa’s White Wedding; All The Highlights You Need To See

Nevertheless, the video is great one and a big win for Shatta and Ghana’s creative arts industry as some Ghanaian dancers led by Dancegod Lloyd were also featured. Watch it below.