Asamoah Gyan and his brother, Baffour Gyan, have been reported to the police over an assault case.

The brothers allegedly assaulted, Godwin Martey, the CEO of Websoft Solutions, during a tennis match. The incident is said to have occurred at the 37 Army Officer’s Mess tennis court last night.

According to Godwin who narrated his side of the story to myjoyonline.com, the game set up by a mutual friend took a sour turn when after he noticed that all controversial points that were supposed to go in his favour were given to Asamoah Gyan by his brother Baffour Gyan who acted as the umpire of the game. 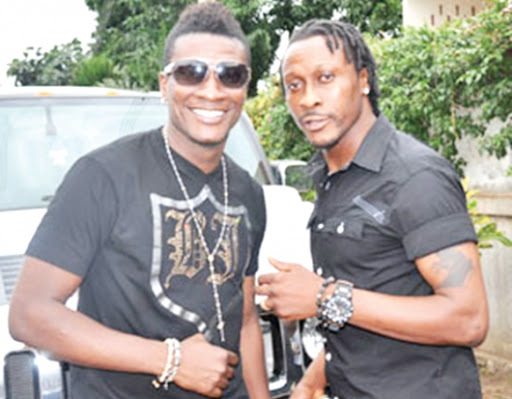 “Most of these controversial points that were in my favour, Baffour Gyan was giving the point to Asamoah Gyan. At a point, I became a bit uncomfortable with it. So there was a particular point that to me was obvious that the ball was good, and Baffour Gyan insisted that the point was for Asamoah Gyan,” he told the website.

He indicated that although the spectators agreed with him, he received no support from them because of who Asamoah Gyan was. After observing this for some time, Mr Martey says he was unhappy and asked for a proper tournament to be arranged with a match commissioner and a neutral umpire to ensure fairness to both parties.

After telling them this, he said Baffour Gyan shouted at him in “a very aggressive tone” saying: “My friend shut up and stand there and play”. Feeling intimidated by the angry rants, he quit the game and sat down on the sidelines.

From his account on the incident, Baffour Gyan continued to shout angrily at him. Baffour Gyan is said to have charged towards Godwin, slapping him continuously and insisting that he gets back in the game.

“Then he came down and came to hit me that ‘my friend go there, I say go and play’. He was hitting me to go and play,” he added. “As he was hitting me, Asamoah Gyan came in support of what Baffour was doing – assaulting me.”

Mr Martey said that even after he complained to Asamoah Gyan that he was being assaulted by Baffour, Asamoah Gyan replied by saying: “Yes, you deserve it.” Godwin who has an audio recording of the entire incident plans to sue the Gyan brothers.

“I’m suing big time. I’m going to sue…The fact that Baffour threw a challenge to me that I can go to any court, any police station, they can’t do anything, that actually gave me more adrenaline to prove to them that the police force is still a good force.

“I will sue tortuous liability on civil case and I will press for the police to also prosecute them criminally. I will fight this to my last blood,” Godwin vowed.  The case since been reported to the Cantonment Police Station. See the Police Statement below.