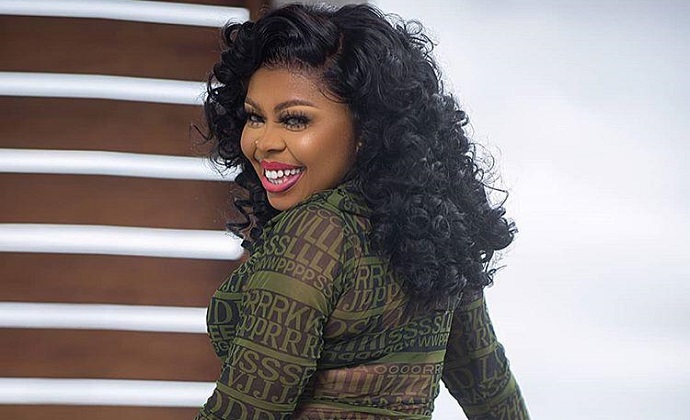 Loudmouth According to a certified report on our desks, Ghanaian socialite and actress Afia Schwar was arrested yesterday evening and locked up in police cells at the Cantonments Police Station.

According to reports obtained from a reliable source, Afia Schwar, who is well-known for insulting and threatening anyone she has an internet spat with, was taken to court this morning and granted self-recognition bail because the judge who was supposed to preside over the case was unavailable.

Afia Schwar’s infamous arrest was influenced by her extreme insults directed toward Asantes during her feud with respected Mercy Aseidu, who was respectfully minding her own business until Afia threw the first blow.

It should also be noted that two days after insulting Mercy Aseidu and Asantes over the contentious “winter jacket,” he apologized.

Narcissistic Afia Schwar, who believes she is above the law, posted a self-made video on the internet vowing to hire thugs to beat and shoot Mercy Aseidu.

Rude and discourteous Afia Schwar is doing everything she can to keep her arrest saga out of the public eye, but we at KUBILIVE have uncovered her infamous run-in with the Ghana Police Service and the law.

Keep an eye out for more on this story!

In this article:Afia Schwar, Featured