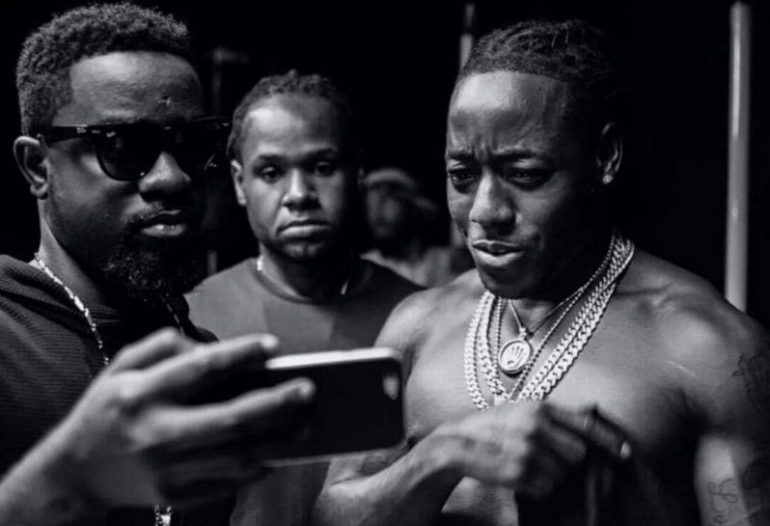 Acehood has once again shown up to label Sarkodie as a liar over their ‘New Guy’ collaboration in 2015.

This comes after a troll pulled out an old interview of Sarkodie saying it was the American rapper who approached him for the feature. Acehood was mentioned in the tweet and he replied saying “a lie smh. But I wish him well!“.

A lie smh. But I wish him well!

This becomes the second time Acehood is calling out Sarkodie over the same concern because in 2015 when Sarkodie first made the claim, he reacted to it with a tweet to reveal that he was paid $25,000 for the feature.

Social media have since been reacting to Acehood commenting on this issue again and this has seen his name with Sarkodie’s name as well trending on Twitter.  See what people are saying from the posts below.

See eh the whole world ebe Ace Hood wey Dey lie
So Sarkodie said the same thing when they were all in the studio and Ace Hood is now behaving as if eno be true Ei 🤔 pic.twitter.com/k0Nm8GHTqA

Ace Hood is from an entire continent and he has only 1.2M twitter followers… Sarkodie is from Ghana one of the smallest countries in the world yet still he has over 3.5M twitter followers.. so who made who famous? Ace Hood no reach Sarkodie's level.😊

Ace Hood is petty and it’s not even nice! 🙄

A Davido album just hit 1 billion streams worldwide , instead of us focusing on pushing our artists to that level like the Shatta Wale Beyonce collab, we here doing Agenda over an Acehood Sarkodie track that was dropped 5 years ago . We are all part of the problem 😓

Whether you like it or not, that acehood feature is the biggest project in your man en career. No wonder he bought a plot of land at kumasi to build the statue on!

but it’s fact Sarkodie is now bigger than Acehood. In every aspect popularity, streams, accolades. sark paid him then for a feature but him getting Sark on his song now will be a glory to his name. Facts are facts

Acehood fell off but to say Sarkodie put Acehood on African Map?

Ei😂 .. you people talk like you no dey drink soup

In this article:Acehood, Featured, Sarkodie