The Abena Korkor saga continues this week and in her latest expose, she calls out married Nkonkonsa blogger, Eugene Nkansah, for begging to “eat her out”.

In a video she posted on her youtube page, she disclosed that she has rendered apologies to K.O.D, Sammy Awuku and Nkonskonsa for the recent relapse episode… “but Nkonskonsa doesn’t deserve my apology” she snapped.

She also said when she was at a vulnerable place, Nkonkonsa disguised himself as a friend but had ulterior motives to engage sexually with her. According to Abena, she sent Nkonkonsa her private apology but he displayed it on “the entertainment review show” on Peace FM to ascertain that she was just lying in her relapse.

In the message read by Peace Fm’s Kwasi Aboakye, she apologized to Nkonkonsa and asked him to be a unique blogger by educating the public on mental health.

However, Eugene going public with the apology didn’t sit right with Abena so she decided to take the high road to expose more secrets between herself and Nkonkonsa in her youtube video.

Amongst here revelations, She made known how Nkonkonsa told her he would have preferred to marry her instead of his wife. “You are literally always begging me from your Office at Achimota to come and eat my pussy at Ashaley Botwe” she continued.

She described him as a “big bald sneak” and has Whatsapp messages as proof of their sexual expeditions. She revealed how weak she was but needed a true friend and confidant to support her but all Nkonkonsa wanted was to have sex with her.

She further advised ladies out there to beware of men they let in their lives when they’re vulnerable. “Girls, if there’s a man you know you are not attracted to, don’t let him take advantage of you” she stressed. She advised women to seek help from relatives, religious leaders or elder people they trust.

She assured Victoria, Nkonkonsa’s wife that she’s not in to wreck her marriage and her husband isn’t even her type of man.

She also said in her video that the series of videos she’s been posting is also her way of healing since she has been traumatized from her previous experiences.

Looks like we all need to buckle up because she’s assured the public to release more videos to tell her truth and get things off her chest. Whilst we wait on that, you can sip on the tea in her video below. 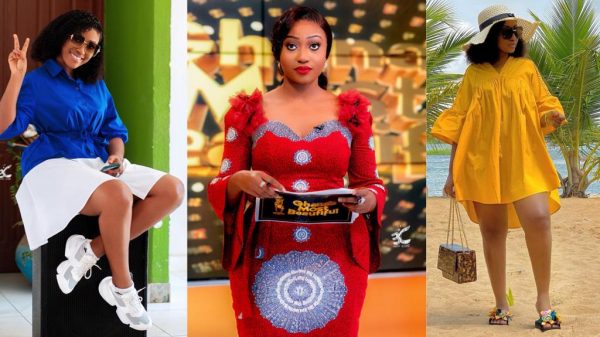